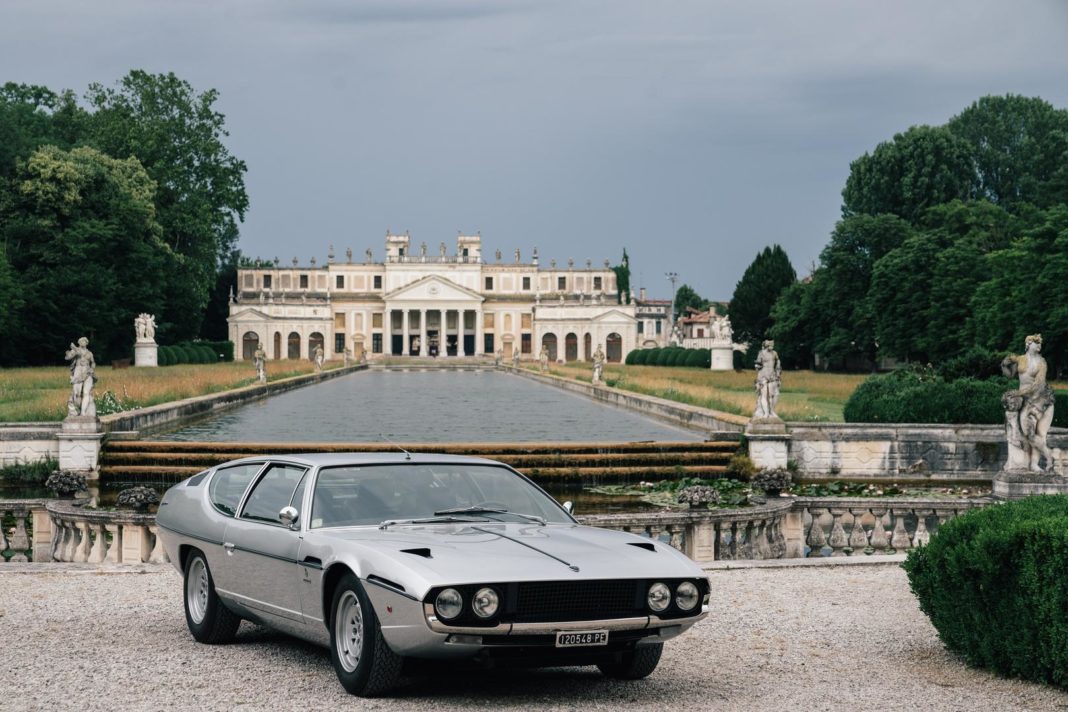 In 2022, Lamborghini is celebrating the V12 that has powered its most iconic cars for 60 years, this includes the Espada 400 GT which is Lamborghini’s first four-seater model.

The Espada 400 GT was officially presented in 1968 at the Geneva Motor show, the model had more space to seat four adults and hold luggage compared to its predecessors and it was powered by a front mounted 4.0 litre V12 engine which was extremely fast despite the size.

The Espada featured outstanding finishing with leather and other refined materials, air conditioning, automatic transmission was available from 1974 and power steering was introduced in 1969 as an option but became a standard feature from 1972 onwards.
The V12 engine was first produced in 1963 with a displacement of 3.5 litres. In 1964, the displacement was increased to 4.0 litres delivering an output power of 325 hp at 7200 rpm and in 1970 the output power in the Espada II series was increased to 350 hp at 7500 rpm.

Additionally, the Espada was a fast grand tourer with top speeds between 245 and 260 km/h.

The Espada VIP based on Espada 400 GTE Series II was presented in 1971, this model was limited to 12 units only and its interior featured a mini-bar, refrigerator, Brionvega Algol 11 tv on top of the transmission tunnel and the first models came in special orange hue and had orange and black leather upholstery.

The ‘pure’ V12 combustion engine in its final form will go out of production before the end of 2022 when the last Aventador Ultimae is made.