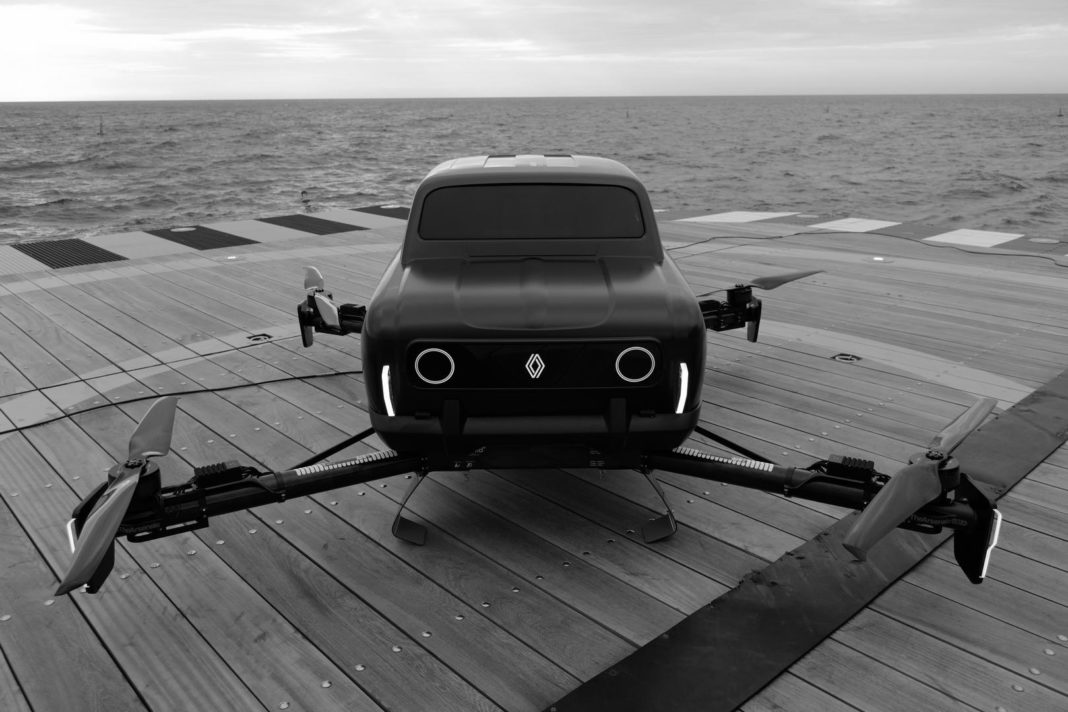 Renault and TheArsenale have collaborated together to unveil the new AIR4, a reinterpretation of the 4L that can fly.

The Air4 has been built entirely from carbon fibre materials, its design is a modern reinterpretation of the original icon although re-engineered to accommodate the concept of thrust and lift.

The Air4 is powered by 22,000mAh lithium-polymer batteries delivering a total power of 90,000mAh. The total power is sufficient for a horizontal top speed of 26m/s with a 45 degree inclination during flights up to a maximum inclination of 70 degrees.

The Air4 can fly as high as 700m with a take off speed of 14m/s although restricted to 4m/s with landing velocity of 3m/s for safety reasons. The propellers generate 95 kgs of vertical thrust each for a total of 380kg.

The Air4 will officially be unveiled to the public in the centre of Paris at the Atelier Renault on the Champs Elysees from next Monday until the end of the year alongside other historic versions of the Renault 4.

The Air4 will travel to Miami then New York before stopping in Macau.