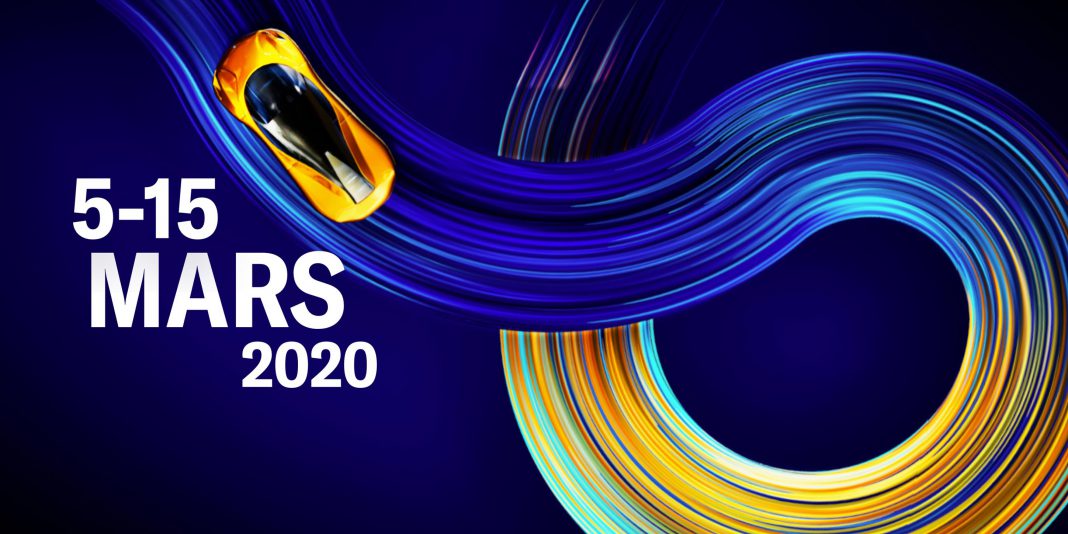 If one thing remains a constant, it is that the Geneva Motor Show remains the biggest motor show in the world. The biggest manufacturers release the largest number of cars, it has been considered neutral ground for years.

Things were showing early signs of change this year with the likes of Lamborghini, Volvo, Jaguar Land Rover, Ford, Opel, Maserati, Citreon, Peugeot, General Motors, Nissan, Mini and Mitsubishi all deciding to sit it out. Despite the surprisingly long list of no-shows, many of the biggest manufacturers remain committed to the Geneva Motor Show 2020 and the show is still expected to be the biggest of the year.

The Covid-19 virus has proved a stumbling block for car events this year too. The Beijing Motor Show 2020 is one victim. It is set to be postponed while China deals with the outbreak of the virus. Other events to have received the axe include the Mobile World Congress tech show in Barcelona and the Chinese Grand Prix.

Switzerland has no confirmed cases of the virus and organisers say that no manufacturer has pulled out. The show will, therefore, go ahead barring any last-minute changes. 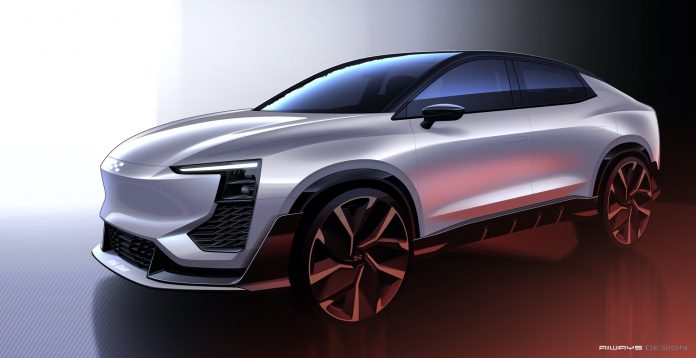 The first car on our list (it’s alphabetical…) is also the first Chinese all-electric SUV to make its way across to Europe. The Aiways U5 is one of a number of Chinese EV’s in development. It features a 190 hp electric motor with about 230 lb-ft of torque. It is sized to compete with cars like the Audi Q5, being of similar size. It is expected to go on sale this year, selling 2,000 units with a shift upwards to 50,000 units in the second year. Priced at less than 30,000 Euros, it should be an interesting prospect.

Aiways is also expected to debut a Coupe Crossover in the form of the Aiways U6ion. The U6ion has been developed with input from Roland Gumpert and ex-Pininfarina designer Ken Okuyama. The U6 is essentially a U5 but with flashier, sportier bodywork. This year could be the same, although we only know that the Aston Martin Vantage Roadster will debut for the time being. The Aston Martin DBX will be sure to get attention. Aston’s make or break SUV needs to sell well and Geneva is to perfect place to showcase it. Otherwise, Aston Martin has been toying with the idea of a V12 powered speedster announced earlier this year. 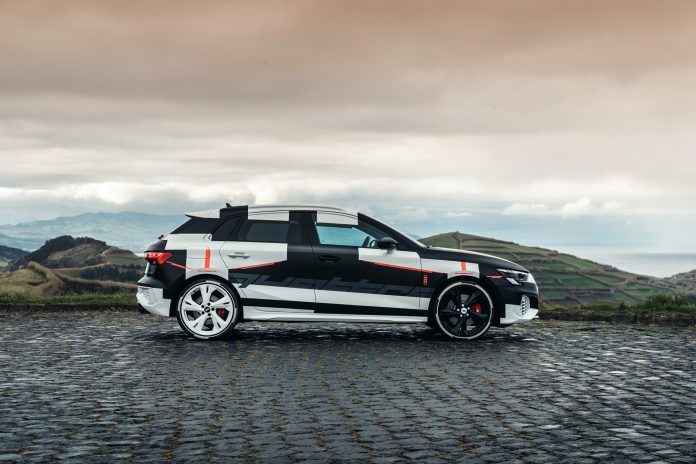 Geneva will be a busy show for Audi, no different from normal! The biggest debut is the Audi A3, following hot on the heels of the Volkswagen Golf. The A3 will be based on the same platform as the Golf. It will get a more premium feel. It will be available as a five-door only

An Audi S3 is also expected to debut at the same time as the run of the mill models. The S3 will get the 2.0-litre four-cylinder turbo petrol from the old car. Audi will fit a new sound actuator and it should be good for 310 hp and 400 Nm of torque.

The Audi E-Tron S Sportback, the Sportback version of Audi’s popular all-electric SUV, is set to debut with more power. At the moment, it is possible to buy a 50 or 55 engine with a single motor. The E-Tron S will get two motors, one for each wheel, alongside two single-speed gearboxes. This 2.5 tonne SUV will get 500 hp.

New versions of the Audi RS5 were also revealed last year, with subtle exterior changes. Audi will surely take the opportunity to highlight the improvements. The BAC Mono is due to receive a second generation. Believe it or not, the BAC Mono has been around since 2011. Little information has been released so far, except that the design we see next week will enter production in mid-2021. Teasers have so far suggested a bigger cockpit and more advanced materials such as graphene. 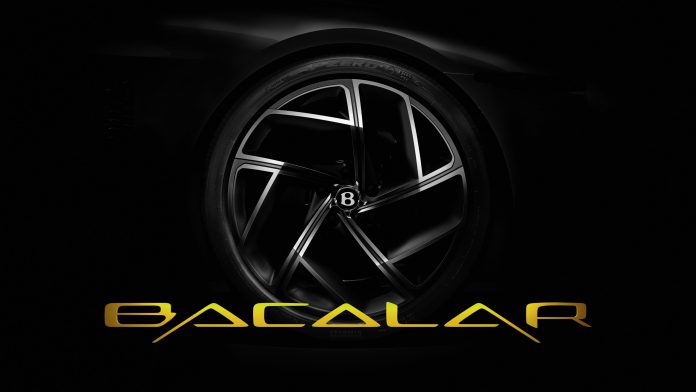 Bentley has promised something quite special for the Geneva Motor Show 2020. The Bentley Bacalar was announced a few weeks ago, in the form of a teaser image. The full design is set to debut next week. We know already that it will be a bespoke project built by Mulliner and destined for a handful of collectors. Its inspiration will derive from the EXP 100 GT revealed last year as part of its centenary celebrations. BMW’s 4 Series will be its biggest release of the Geneva Motor Show 2020. It will sport a controversial grille design, making it a make or break product for the Bavarian giant.

A BMW 330e PHEV and BMW X2 xDrive 25e will also debut, these entry-level, plug-in hybrid engines are sure to prove a sales success. BMW will have plenty on display. 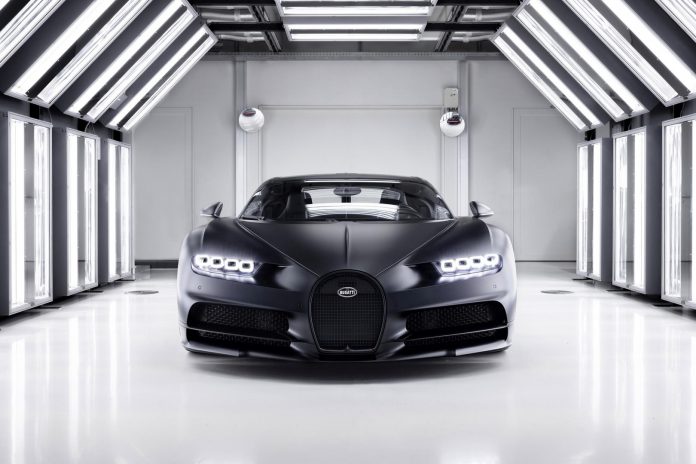 Bugatti has confirmed that its 250th Chiron will be on display. The Bugatti Chiron Sport “Edition Noire Sportive” is one of 20 Chiron Noire’s planned for production as a limited edition run.

The Edition Noire Sportive features a satin black carbon fibre body which extends into the interior, coupled with black leather. Chrome work has been blacked out and a Noire signature applied to the door jambs and under the rear spoiler.

Bugatti might also have a surprise in order, should we believe recent rumours. A Bugatti Chiron R might arrive to sit between the Chiron Sport and the Super Sport 300+. Bugatti might fit such a car with a more powerful engine and with improved aerodynamics. We will have to wait and see! 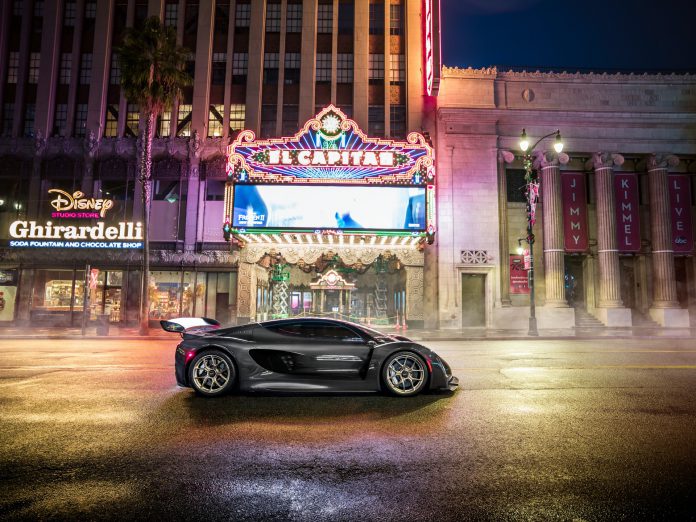 Czinger’s new car, the Czinger 21C, will receive its world debut in Geneva. The Los Angeles based supercar debuts components that are 3D printed using a proprietary production process. A mid-mounted 2.8-litre V8 engine which works alongside two electric motors which power the front wheels. It’s not entirely clear what Ferrari will present at Geneva this year. The Roma is yet to receive a debut at an international motor show, it seems likely that it will feature prominently upon Ferrari’s stand. The reborn Fisker Ocean has been in development for some time. It has eco-credentials, being made from recycled, abandoned fishing nets and plastics from the ocean. It also uses an electronic drivetrain, with an 80 kWh capacity battery and a range of up to 300 miles. Power is rated at 300 hp. Due to the drip-feed nature of information about this car, we don’t yet know everything. Hopefully Geneva will shed some light. The reborn Hispano Suiza brand is said to launch its Carmen Boulogne special edition at Geneva this year. The company are yet to produce a production vehicle, yet the special edition will honour Hispano-Suiza racers who battled the streets of Boulogne-sur-Mer, on the north coast of France. Koenigsegg is expected to unveil a special edition of the Jesko. This model will be kitted out with some choice upgrades to allow it to hit 500 km/h. The Koenigsegg is expected to be called the Mission 500 concept and will go head to head with the Chiron Super Sport 300+ which was clocked at 304.77 mph (490.48 km/h). It doesn’t take a genius to figure out what Koenigsegg aims for with the special edition model.

Although still a rumour, the Koenigsegg Jesko Mission 500 looks fairly certain. Koenigsegg has a bigger stand this year. This lead to rumours that a new model might arrive. Those rumours crystalised last week with talk of a Koenigsegg KG12 2+2 model.

The Koenigsegg KG12 hypercar is said to feature a 2+2 layout with larger doors to accommodate easier access. KG12 is likely to get a hybrid setup comprising a 2.0-litre, three-cylinder gasoline engine. Rumours have suggested it will use Koenigsegg’s FreeValve camless technology, and an electric motor. Combined, this setup could produce around 1,500 hp. 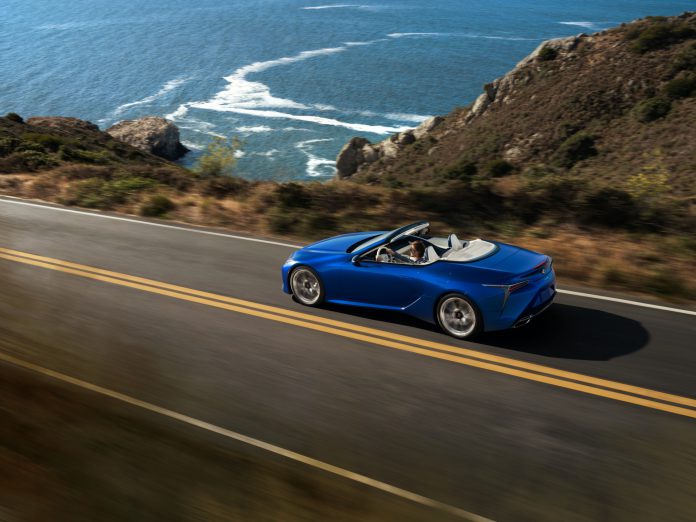 Lexus has been quite open about what it plans to bring to the Geneva Motor Show 2020. The Lexus LF-30 Electrified concept is expected to make a European debut alongside the Japanese brand’s first EV; the UX 300e. Petrolheads will be pleased to see the LC 500 Convertible. The official website for the Geneva Motor Show 2020 shows only the 720S Spider and the 600 LT as debuts for McLaren. In truth, nobody knows what McLaren might produce for the show. We’re hoping to see the McLaren Elva live and in the flesh. It is possible that McLaren might also display an example of the new Speedtail (deliveries begin soon!).

Rumours were circulating last year that McLaren planned to expand the Ultimate Series even further at Geneva, with the introduction of a plug-in hybrid model. There is talk of a McLaren 750LT too. It would be around the right time for the hardcore model. 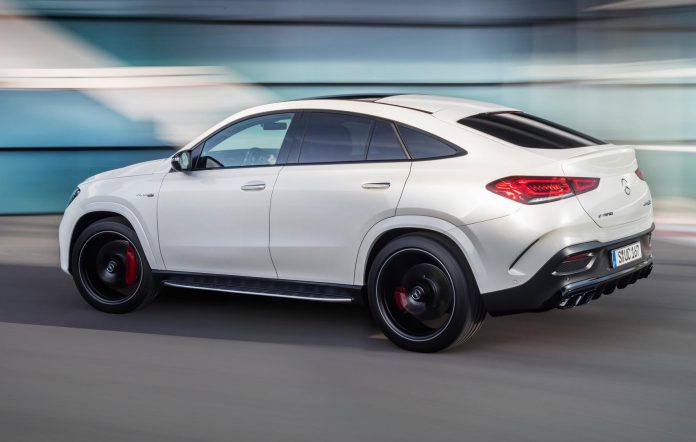 More big things from Mercedes-Benz, despite the recent demise of the S Class Coupe and the Mercedes-Benz X-Class. We are expecting Mercedes-Benz to complete the revamp of its entry-level models with a brand new GLA Class. Revealed in December 2019, Geneva is likely to set the stage for the GLA 35 and 45 models. An E Class facelift is also expected.

Of interest to us is the anticipated launch of the Mercedes-AMG GT 73. The four-door GT is expected to debut a new powertrain for AMG. A direct answer to the Porsche Panamera Turbo S E-Hybrid. The AMG 4.0 litre V8 is set to be coupled to a rear-mounted electric motor and a lightweight battery. Power should be around 800 hp through all four wheels.

Elsewhere, the Mercedes-AMG GLE 63 Coupe was recently announced. It is powered by a 4.0 litre V8 together with an integrated EQ Boost starter-alternator, together they form a mild hybrid. Two versions are on offer, a standard 571 hp version and a 612 hp ‘S’ version. 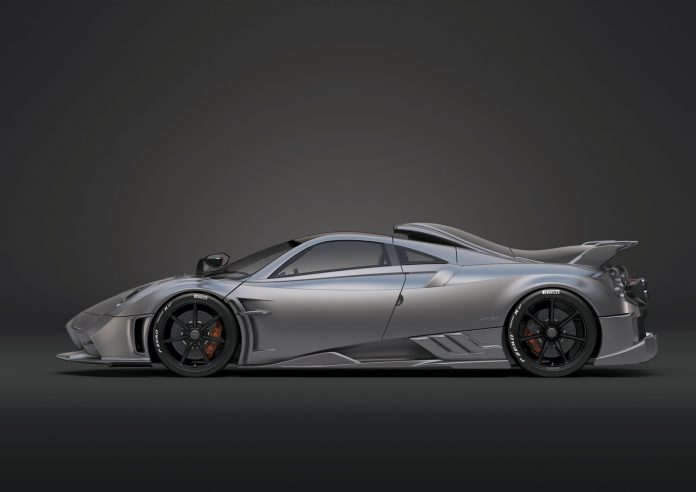 Pagani’s contribution to the Geneva Motor Show 2020 is the Pagani Imola. Dropping the Huayra name, the Imola is Pagani’s most extreme version of the Huayra chassis yet. Pininfarina has already announced that its display at the Geneva Motor Show 2020 will focus on the company’s 90th-anniversary celebrations. It will show a special version of the Battista, the Pininfarina Battista Anniversario.

The Anniversario will be limited to five examples. The Battista, upon which it is based, is in the late stages of development. It features four electric motors at each wheel. Combined, these produce 1,900 hp. 100 km/h will take less than 2 minutes, 300 km/h in under 12 seconds and top speed should be around 350 km/h. 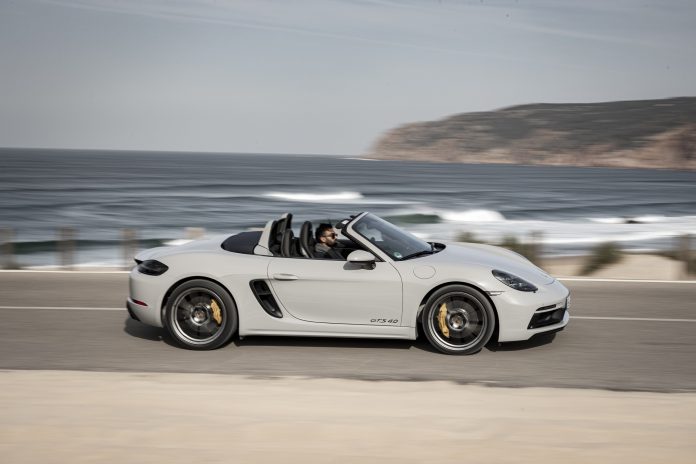 It has been known for quite some time that Porsche plans the release of a brand new Porsche 992 Turbo at this year’s Geneva show. The iconic Turbo model returns for the latest generation. It should herald in a new era of performance 911’s, expect a GT3 to follow soon after.

The Turbo and Turbo S models are both expected to debut, retaining the outgoing model’s 3.8-litre twin-turbo flat-six. Power for the most potent 992 Turbo’s should be around 640 hp through an all-wheel-drive system. The Porsche 718 Boxster GTS and 718 Cayman GTS models should make the display too. Electric hypercar specialists, Rimac, will display a production-ready version of the Rimac C Two. The company’s second hypercar will be built in higher numbers than its previous model, marking a significant ramp-up in production for the Croatian company. 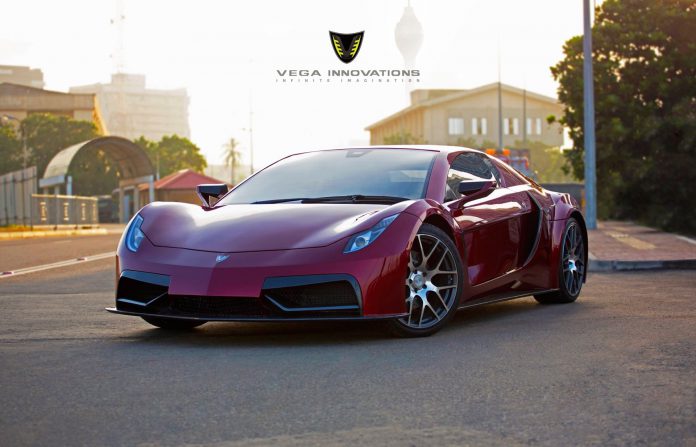 The Vega EVX hails from Sri Lanka. Not the first place you might think to find an all-electric supercar. Yet the Vega EVX makes for interesting reading. 804 hp and 760 Nm of torque in a package that weighs 2,090 kg allows for a 3.1 second 100 km/h sprint.

Volkswagen recently released a new Volkswagen Golf. Anticipation has grown for a GTI version which is expected to debut at the Geneva Motor Show 2020. A GTD version should also debut at the same time.

The GTI will see mild updates to the 2.0-litre petrol engine, pushing it to 240 hp. The GTD is also set to retain its 2.0-litre diesel engine with a mild power boost to 200 hp. Both are likely to get mild hybrid assistance, in-line with the rest of the Golf range. As with the rest of the range, it is the interior tech which really counts though.