Jeep was born just as WWII was getting underway. During the war, it quickly made a name for itself as a go-anywhere do-anything vehicle in both theaters of combat and quickly became legendary. However, WWII was a long time ago. Over the years a lot has changed at Jeep. Their product line-up has changed and expanded dramatically, but Jeep has always kept their iconic image alive with the Wrangler 4×4. Available in three trim levels, the hardcore top-of-the-line Rubicon is Jeep’s most capable version of the Wrangler. There are few (if any) vehicles that can match it’s legendary off-road capability and it’s versatility. It’s safe to say that the Wrangler is Jeep’s most important product so before Jeep messes with a good thing, they make darned sure it’s for the better.

Which might be part of the reason it took so long for Jeep to approve the Gladiator pick-up for production. Originally introduced as a concept at the Detroit Auto Show over 10 years ago, it was an immediate hit; yet despite the public clamor for a production version, it wasn’t until 2020 that the Gladiator was made available for sale. And while it looks a little more Wrangler-ish than the concept vehicle, it’s probably a lot more capable than the concept vehicle could ever have been.

Based on the Wrangler platform, it looks like a four-door Wrangler with an extended wheelbase and a short pickup box on the back. It looks modern and it looks capable. Gone are the concept’s somewhat generic front grille, it’s military styling, and it’s side-mounted spare tire. No, todays Gladiator has a more familial look.

Our test model came with the body-colored hardtop that consists of two targa panels over the driver and front passenger seats and a larger panel that covers the rear passenger section. A couple different soft tops are available too but in the middle of February in the northern Midwest, we were quite happy with the hardtop. The pickup box has several tie-down points, lights, and even a 112-v power outlet to power electric home appliances when camping. The 17” wheels were wrapped in some of the most aggressively treaded tires we’d ever seen. Traction wasn’t going to be a problem with these tires.

The LED lights give it a cool, modern look, especially the front fender turn signals and the rear brake lights that remind me of a glowing hot electric toaster coil. The headlights put out terrific light, giving the driver and passenger a clear view of the road.

Inside, we found the comfortable optional leather seating, carpeting, sat-nav, a great stereo system, and integrated phone controls. Despite a reputation as a hardcore off-road machine, it manages to spoil you with comfort. Our vehicle had the cold weather package thankfully, so we could start the Gladiator remotely, then enjoy the heated seats and steering wheel once we were in it. Our vehicle came with an automatic 8-speed transmission, though a 6-speed manual is available.

The seats were all manually adjustable. The only problem we had with the interior was climbing up into it. The bottom of the doors on the Gladiator Rubicon sit at a height of about 30”. Thankfully there are grab handles on the A-pillars inside to help pull yourself up into it. While there are a million aftermarket solutions for this issue, you have to remember that adding step bars defeats the purpose of that height – to clear tall objects like logs and rocks and sand dune crests – so be careful what you choose.

The Gladiator Rubicon, like all Gladiators, is powered by Jeep’s ubiquitous 3.6L V6 gasoline engine. It makes 285 hp and 260 lb-ft of torque and is sufficient to dart out into heavy traffic or pass other cars without worry. It makes decent sounds in the process and instills confidence with it’s performance. That power is transmitted through either a 6-speed manual or a 8-speed automatic transmission. Our test sample came with the automatic transmission and we had no complaints with it. It did everything we asked of it and then some.

Unfortunately, we were only able to obtain an average fuel economy of 14.5 mpg, likely due to the complete lack of aerodynamics and the high 4.1-ratio rear differential drive which is excellent for towing heavy trailers and for climbing steep grades but not so great for fuel consumption. The Gladiator Sport and Sport S models only offer that differential gearing as part of the extreme towing package and likely have better fuel economy. A diesel variant will be available in the later half of 2020 and that should not improve fuel economy but provide more torque.

The Gladiator Rubicon runs essentially as a RWD truck with good traction control. In the event that you’d like 4WD instead, either for improved traction or to get out of any sticky situation, there’s a 4WD shift lever to the left of the transmission selector. Simply pull the lever back from 2H to 4H (4WD High). This engages the front axle and transmits power there also. Should you get into a seriously sticky situation, bring the vehicle to a stop, and shift the 4WD selector over to the right and pull back once more. This should place the vehicle in 4L (4WD Low).

This gearing will allow you to run 4WD in an ultra-low gearing to give you excellent low speed traction. Should you still get wheel slip, you’re really stuck. But never fear. On the center console stack, just ahead of the 4WD selector lever, there’s a toggle switch that allows you to lock either the rear differential or both the front and rear differentials. This limits the amount of slip on either side of the axle and provides maximum traction. There shouldn’t be anything that can stop you in this mode. There’s also a button that will automatically disconnect the front sway bar, giving you incredible amounts of axle movement to take full advantage of that traction. This is one serious off-roader.

On paved roads, the Gladiator generates a bit of wind and tire noise but it’s no worse than a soft top convertible on performance summer tires. It does catch strong crosswinds like a sail however and the aggressively-treaded tires tend to wander a bit, so it’s best to keep two hands on the wheel though we were usually comfortable with only one while keeping close attention to how it was handling.

The ride isn’t harsh, the FOX shocks and springs doing a great job of controlling body roll and handling potholes and bumps. Despite some snowfall, we kept it in 2H for the majority of the time, letting the RWD and traction control keep everything in line. There was only one night when the snow was heavy enough and the roads treacherous enough that we felt safer shifting it into 4H and letting the 4WD system do it’s thing. Once we engaged 4WD, it was as stable as a polar bear stalking an eskimo.

We only got to really experience the 4WD Low once when we got stuck in some deep snow while taking photographs. I was in 2H out in the woods and made the mistake of stopping. Once we were stopped, we couldn’t get going again. There’s something to be said for momentum, I guess. Well, no problem. It’s a Jeep. We’ll just put it in 4WD. I shifted it into 4H and gave it some throttle. The tires simply spun. Hmmm. We must be stuck pretty good.

I shifted down into 4WD Low and locked both the front and rear axle differentials. The Gladiator simply walked right out of the snow without any drama whatsoever. Jeep 4×4 for the win! After you’ve used 4L, you feel sort of invincible. Like nothing can stop you. It also whets your appetite for more off-roading adventure. We suddenly wanted to take it out West into the mountains and drive impossible overland routes. It’s THAT confidence inspiring.

After several days with the Gladiator Rubicon, it did something that few test cars do – it started to feel like part of the family. Which is impressive because I’m not a truck guy; I’m a sports car guy. I like my cars small, light, and fast; not tall and long and heavy. But the Gladiator Rubicon quickly grew on me. My wife, who has always loved pickup trucks, absolutely fell for it. She wanted me to drive us everywhere in it – the grocery store, restaurants, the mall, to visit family and friends. It wasn’t unlike adopting a new dog and falling for it as you spend time with it, learning it’s personality and behaviors. I can see us shopping for one in a few years.

The Jeep Gladiator starts at $33,000. The Gladiator Rubicon starts at around $45,000. Our Rubicon was loaded to the gills and came in at $61,000 and felt worth it. It was comfortable, attractive, and extremely capable. With some careful optioning, you can find a Gladiator in just about any price range. 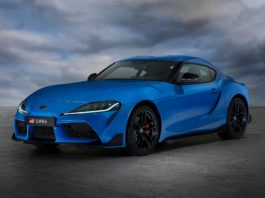