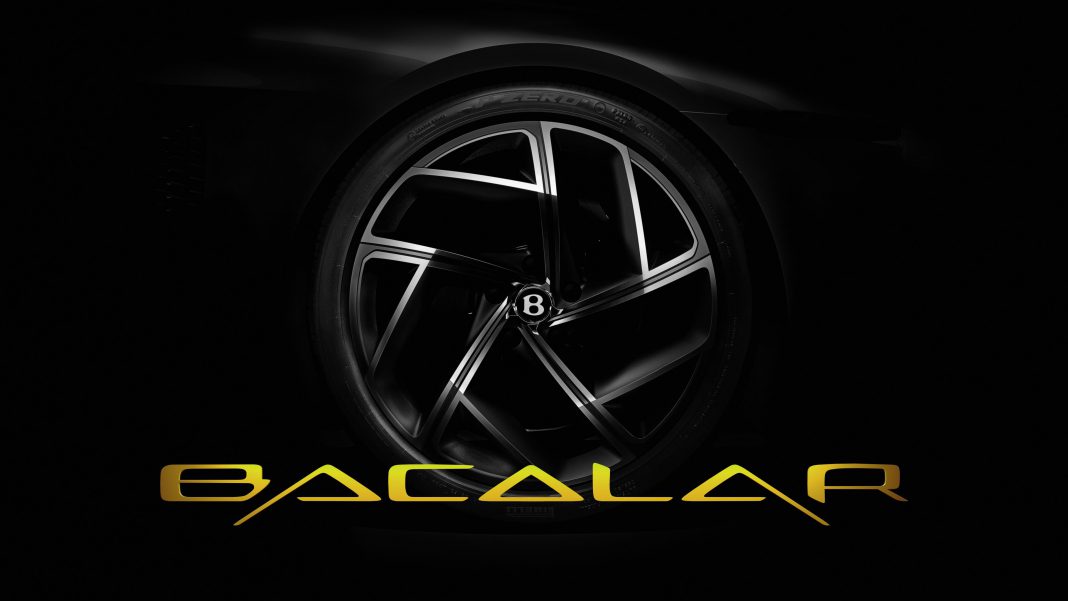 Bentley’s centenary year missed that special something. Many were expecting something special and bespoke. Instead, we got a handful of special editions, the EXP 100 GT concept car and a new Flying Spur. It seems Bentley was saving the best until last. On 3rd March, Bentley will present the Mulliner Bacalar.

The Bentley Mulliner Bacalar is expected to be a collectors piece. Built to an exacting specification for a handful of enthusiasts. Rumours about a speedster model have been floating around for a while now. Perhaps this is it?

The press release describes a vehicle which uses “Sustainable and ethically-sourced materials… fused with a beautiful yet dramatic design inspired by Bentley’s centenary concept car, the EXP 100 GT.” Unlike the EXP 100 GT, Bentley enthusiasts will be able to purchase this model.

The Bacalar will be the first stand-alone model from Bentley’s in-house coachbuilder, Mulliner. Full details will be revealed on 3 March 2020, until then we can only guess what Mulliner has planned!