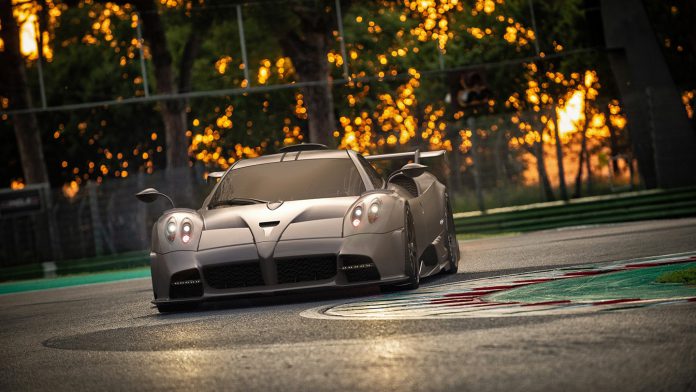 Italian hypercar specialists, Pagani, officially announced a new limited edition model yesterday. Pagani Imola’s have been emerging over the past couple of months with a car delivered to Los Angeles last year and another to Europe mid-way through last year. A third is under construction and rumoured to be headed to South Africa. With all five sold, Pagani waited until now to announce the Imola to the world!

The official press release confirms that Pagani has ditched the Huayra badge for the latest special edition. Pagani has instead opted to name the five-strong, limited edition model after the racetrack on which it was modelled and fine-tuned. It’s not just a name either. Pagani claims that the Imola has covered 16,000 km on track during development – the equivalent to about three times the 24 Hours of Le Mans.

So what’s different? In terms of the engine, the Imola continues to use the AMG-sourced V12 engine. It produces 827 hp with 1,100 Nm of torque. Power is still delivered, through an Xtrac 7-speed transverse AMT with electro-mechanical differential, to the rear wheels. Weight increases over the BC’s 1,218 kg rating to 1,246 kg likely due to the addition of extra aerodynamic components.

Pagani has reduced ground clearance so as to increase the downforce, taking advantage of the vehicle’s flat undercarriage. The Huayra’s active aerodynamics system is improved. The four mobile winglets have been improved. The suspension gains a set of electronically controlled active shock absorbers. A new SMART GAS system adds adaptive “dumpers” to reduce gearshift times. 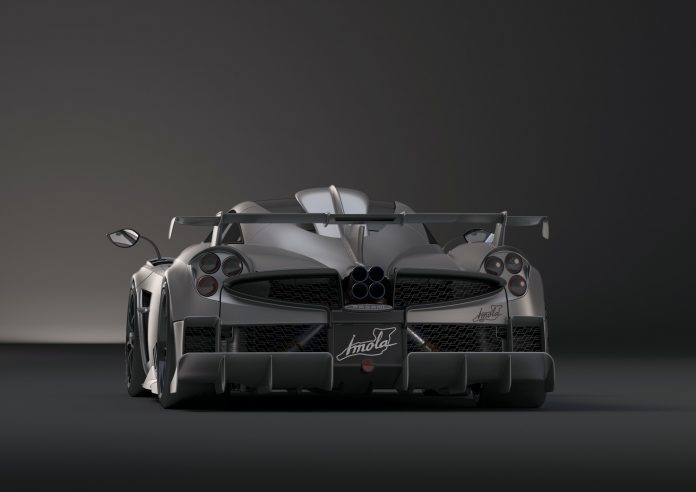 The looks are sure to prove controversial. The Imola continues Pagani’s trend towards brutal aerodynamic-focused design. An aggressive front splitter is matched to a huge rear diffuser. The rear spoiler has a more aesthetic design than the BC’s. The most dramatic feature is the ram air intake, a huge lump of carbon fibre placed over the rear deck!