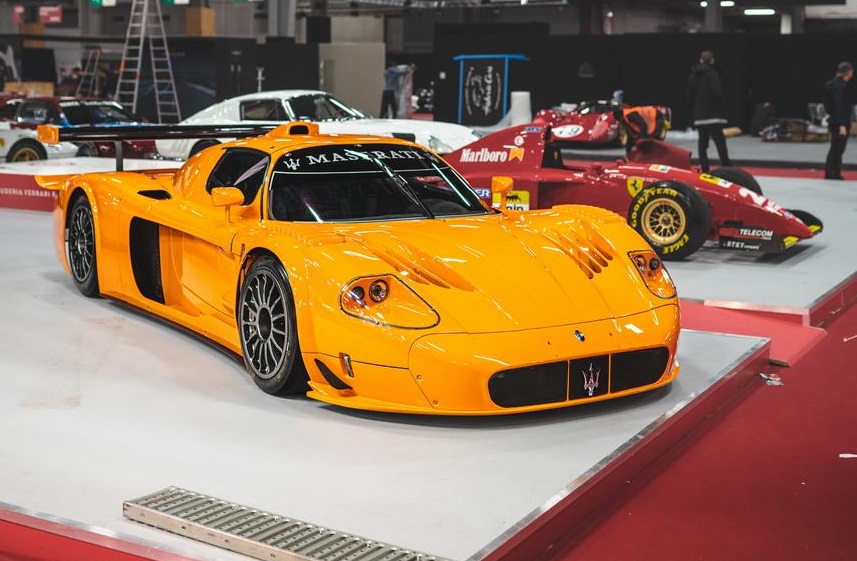 Retromobile 2020 took place at the Paris Expo Porte de Versailles between Feb 5th and 9th, a show celebrating key marques that shaped the current face of the automotive industry. From major French brands such as PSA, Renault and Bugatti to German brands which were represented by VW and Porsche. Others like Skoda and Alfa Romeo kicked off their anniversaries, with both celebrating over 100 years of existence.

Bugatti attended the 45th edition of Rétromobile with cars like the Type 35, the EB110 SS and more recent models like the Veyron. Meanwhile from Italy, Alfa Romeo kicked off their 110th birthday celebrations at the Paris show. Heritage models such as the Alfa Romeo 24HP (the first Alfa made), the 2020 Giulia and the 6C 1500 SS were on display. Last year at Retromobile, a 1939 Alfa Romeo 8C 2900B Touring Berlinetta sold for 16 million euros!

Aston Martin represented the British side with 3 cars namely the Aston Martin DBS, the DB4 Series I and the sensational AMV8 Vantage X-Pack. Polo Storico was launched last year by Lamborghini, a special department for maintaining heritage models. At Retromobile 2020, they showcased newly restored Miuras.

Porsche is currently fast tracking their electrification process and the Taycan is just the beginning. At Retromobile 2020, they showed the first ever hybrid car, the Semper Vivus which was revealed at the 1900 Paris Universal Exhibition. Of course the Taycan was also present to complete the centenary gap. Meanwhile, Classic meets Motorsport was the theme Porsche Classic used in an internal competition among classic workshops from Stuttgart. Each had a different model to showcase, restored to their own understanding of the competition.

Skoda is marking 125 years of existence and the anniversary celebrations kicked off at Retromobile 2020. The show would however not be complete without a series of VW Kombi buses, from the T1 to the T4…including a T2 Coca-Cola.