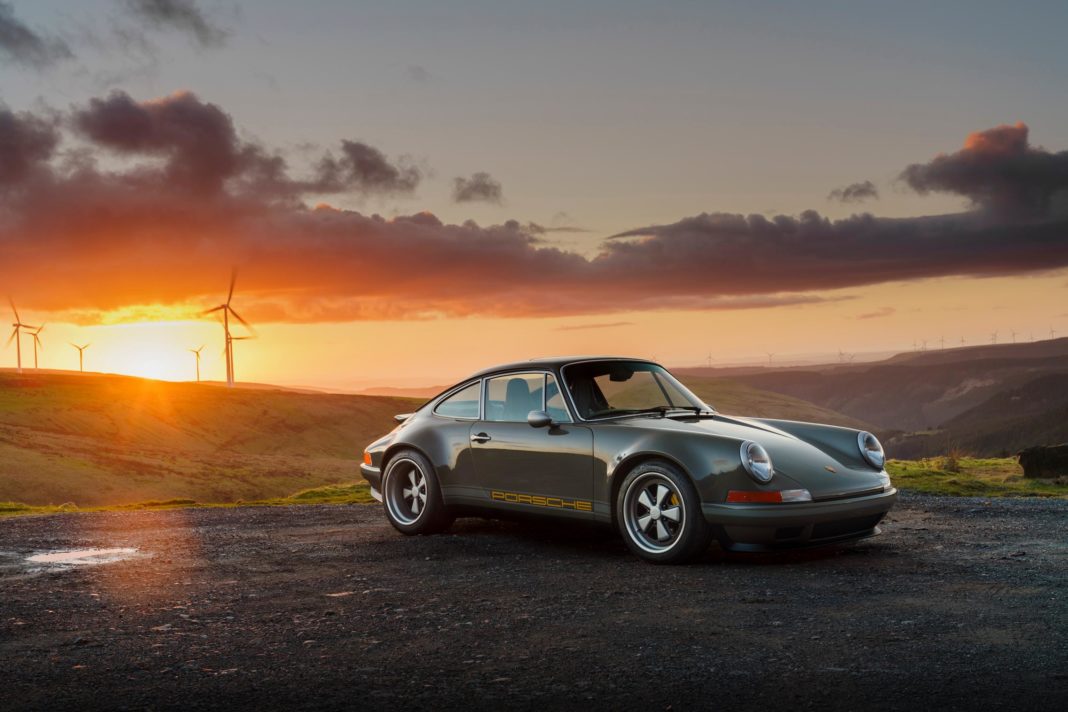 Theon Design has officially released its latest bespoke commission, the HK002, third exclusive car from the company, the second to be destined for Hong Kong and it combines OEM level design and quality.

The HK002 is based on a fully enhanced and restored Porsche 911 (type 964) which is powerful, lighter and profound to drive. The prototype has received a lot of positive feedback leading Theon Design with a plan to create more bespoke commissions for customers worldwide.

The vehicle has been named after Theo, Hawley’s youngest son who from a young age fell in love with the car built by his father. The HK002 utilizes various designs from past and present Porsche design as well as from concepts.

The body parts of the vehicle have each been built and designed using Digital scanning and in 3D design software to maximize precision and panel fit as well as ensure flexibility. Digital scanning creates moulds and formers for the body including the ‘long hood’ with arches inspired by ST and G series/964 widebody models.

In addition, the body of the HK002 is made of steel amplified by bumpers and a spoiler manufactured by an F1 supplier in carbon fiber. Full body commissions in Carbon fiber are also available on request. Most of the designs on the vehicle are electrically adjustable including the machined billet aluminum mirrors inspired by 2018’s Porsche 991 speedster concept.

The company offers a variety of engines for customers to choose from ranging from 3.6 litres to 4.0 litres, the engines are either naturally aspirated or turbocharged. The HK002 has been fitted with a naturally aspirated 3.8-litre engine with an output of 371bhp and 300lb ft of torque. In addition, the vehicle also features independent throttle bodies, Mahle barrels and pistons, custom profile camshaft, light and balanced bottom end as well as flowed and ported heads and carrillo rods.

The drive is generated to the rear wheels through a fully redesigned six-speed manual G50 gearbox from Porsche 993 model. The vehicle is lower in height compared to 964 RS with KW variant 3 dampers all around but the air-conditioning system and power steering unit is originally from the 964 model. The vehicle weighs 1248kg with a full tank fuel.

The interior design of the HK002 features Recaro front seats finished in Semi-Aniline Green leather with touches of yellow stripe and contrasting carbon compartments including the centre console which consists of carbon panels and is also wrapped in leather. The Nardi steering wheel was specifically stitched to match the interior by Nardi. Theon Design has also wrapped the fitted 964 RS strut-brace in woven leather.

Additional features and functions by Theon design on the HK002 include a reverse camera screen, hidden stereo unit and magnetic wireless charger. A modern cable operated heater is also available with an efficient heating and air conditioning unit as well. The prices for the commissions start at 300,000 pounds and the build takes approximately 18 months to finish.