GTspirit
Home Supercar News Audi ABT RS6-S and RSQ8-S: New Packages with up to 690hp 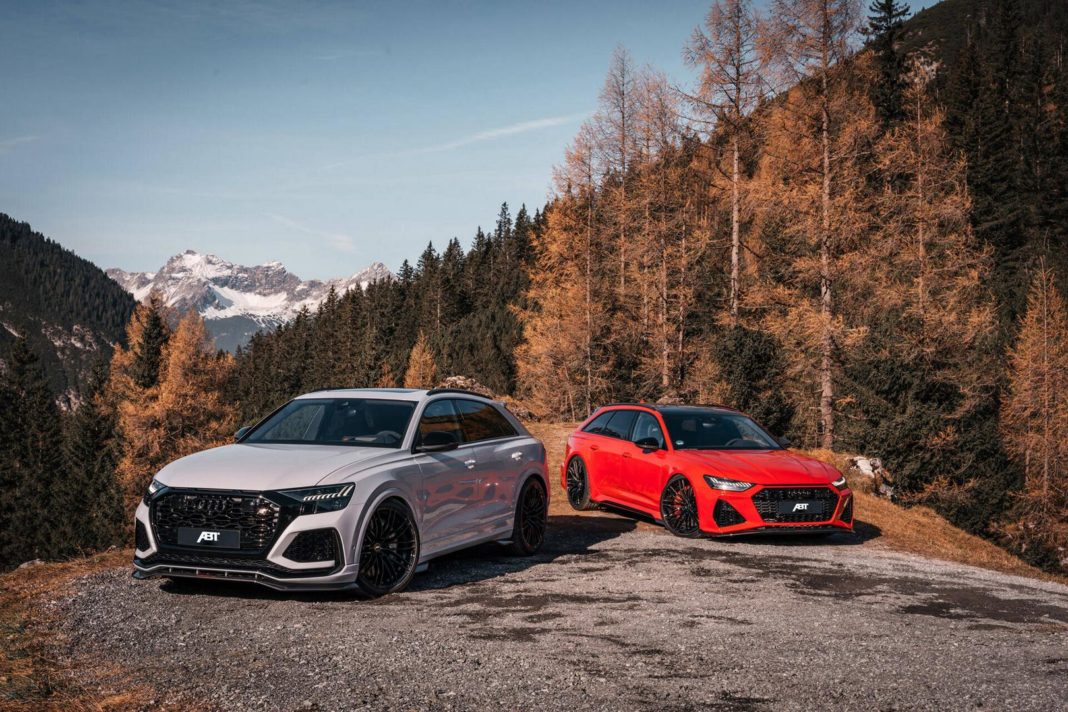 ABT has revealed new Aero packages with carbon fibre parts for the RS6 and RSQ8 models which will be launched in mid-January 2022. The new packages carry the badging RS6-S and RSQ8-S.

Both the Avant and SUV models are powered by identical V8 engines with four litres of displacement generating a standard output power of 591 hp and 590lb-ft of torque.

The ABT Power S Performance upgrade based on the high-tech ABT Engine Control (AEC) increases the power output from standard to 690 hp and 649 lb-ft of torque.

Both S models have been equipped with the two-part rear spoiler and the ABT stainless steel exhaust system with four tailpipes measuring 102 mm.

The new RS6-S features anti-roll bars at the front and rear and 22 inch ABT high performance HR wheels for optimum performance. The new RSQ8-S has been fitted with similar wheels but with one size larger at 23 inches.