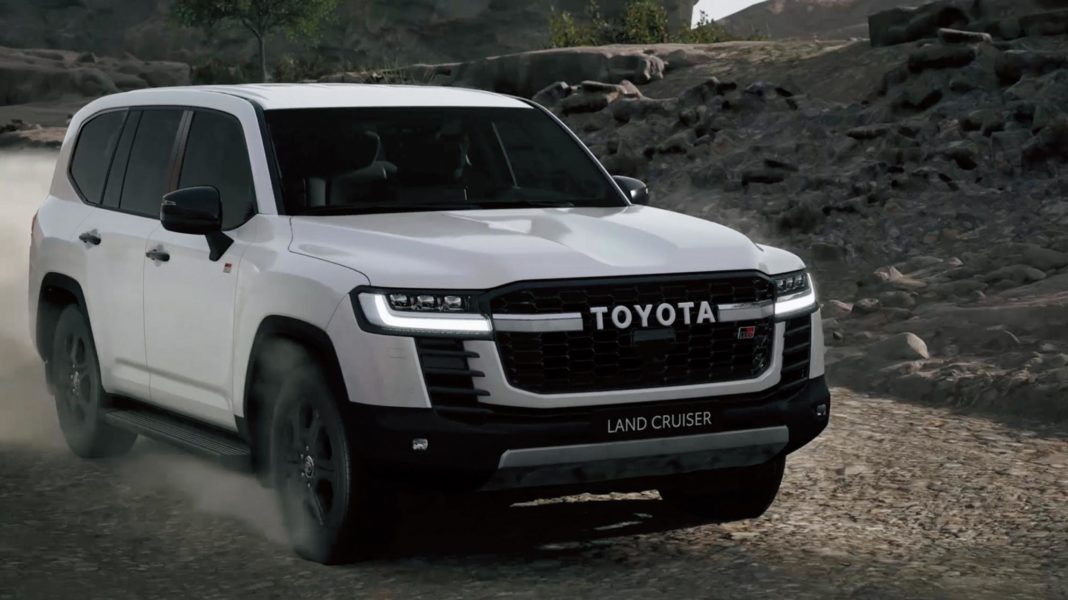 Meet the new Toyota Land Cruiser J300, the sixth generation of Toyota’s longest running model series and one of the most popular 4×4 SUV in the world. Toyota has completely redesigned their flagship Land Cruiser model to celebrate its 70th anniversary, the new J300 will be launched officially in summer 2021.

The new Land Cruiser 300 series will be built on the new GA-F platform based on TNGA while keeping the frame structure to protect the Land Cruiser’s essence. The J300 is 200kg lighter than the previous J200 series thanks to the improved frame and body features, lower center of gravity, weight distribution and an improved suspension structure to increase the handling and rigidity of the vehicle.

The new developments and technologies that have been adopted with the aim to further improve the off-road performance include; the improvement in the basic suspension performance (wheel articulation), improved road-holding performance through E-KDSS ( Electronic Kinetic Dynamic Suspension System) which is the first in the word, a Multi-Terrain Monitor for displaying obstacles on the road and a Multi-Terrain Surface for judging the road surface and selecting the suitable driving mode.

The new Land Cruiser 300 series is powered by a 3.5 litre gasoline and 3.3 litre diesel V6 twin-turbo engine. Toyota is planning to reduce the CO2 by 10% annually by combining the newly developed Direct Shift-10AT ( 10 speed automatic transmission) with a lightweight bodywork.

Also available for the first time is a GR Sport trim for the Land Cruiser which features a completely redesigned front bumper and other sporty elements finished in black.

The exterior of the new model features Land Cruiser’s heritage of light positions and bumper shape that are unlikely to be damaged during off-road trips. The interior features a horizontal panel instrument for capturing the position of the vehicle even during off-road driving. Furthermore, the total weight and the size of the new model including the departure and approach angle have been maintained as the previous model except some grades.

The new model features the latest Toyota Safety Sense active safety package with advanced functions. The pre-collision system now consists of two more functions to reduce the damage and avoid collision by detecting pedestrians (day & night) and cyclists (daytime). The first function detects oncoming cars and pedestrians when the vehicle is turning whereas the second function is an emergency steering and crash avoidance function.

Parking Support Brakes for detecting obstacles, approaching vehicles and pedestrians at the front and rear of the vehicle while at a parking lot are also available on this new model.