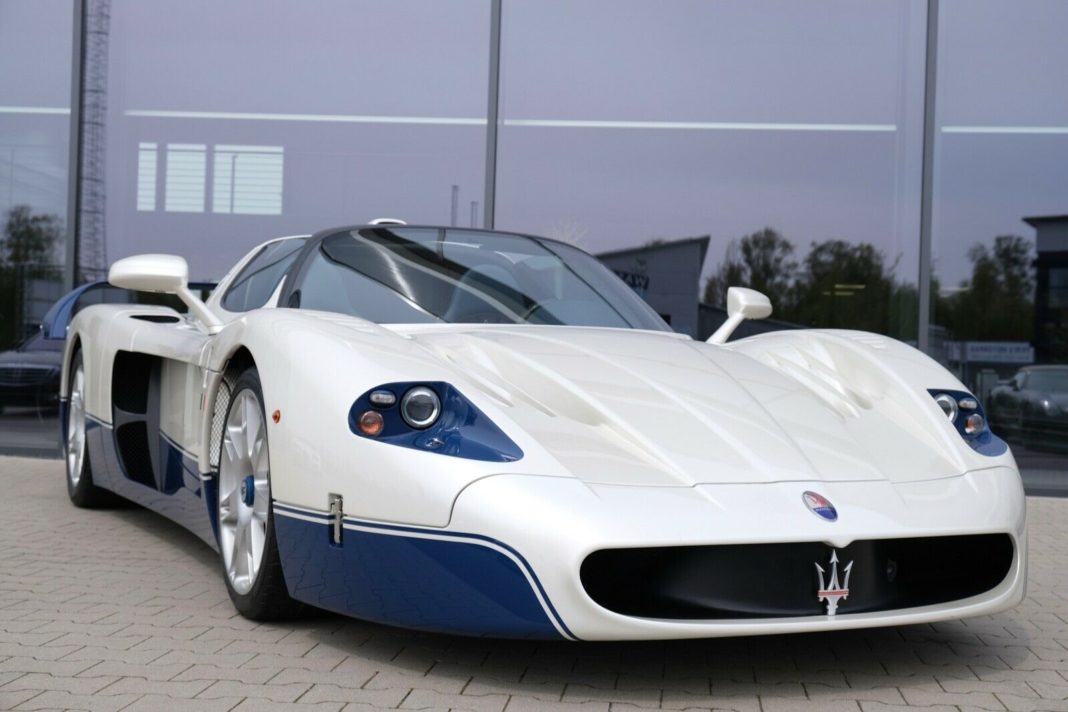 A German dealer has just listed a McLaren MC12 for sale, 1 of 2 MC12s currently available from them with one being a road legal Stradale variant while the other is a Version Corse track only variant.

The MC12 Stradale shown here has only covered 658km from new and is finished in a Maserati special Mother-of-Pearl white and blue shades. This is currently the only road legal Maserati MC12 available for sale on the European open market, it has an asking price of 3 million Euros.

The Maserati MC12 was introduced in 2004 and built on same chassis as the Ferrari Enzo. The company had initially intended to build only 25 cars for homologation purposes but increased the number in 2005 by building an extra 25 units. They also built 14 track only variants known as Versione Corse.

Powering the MC12 Stradale is a 6.0L V12 naturally aspirated engine producing 621hp and 652nm of torque, sending power to the rear wheels via a 6-speed auto manual transmission. 0-62mph is achieved in 3.7s while the top speed is 205mph. The car has a removable targa top which cannot be stored in the car while driving as there is no space for it. Like most GT1 race cars of its era, there is no rear window on the MC12 Stradale, no reverse camera either as those were not yet a thing back in 2004. 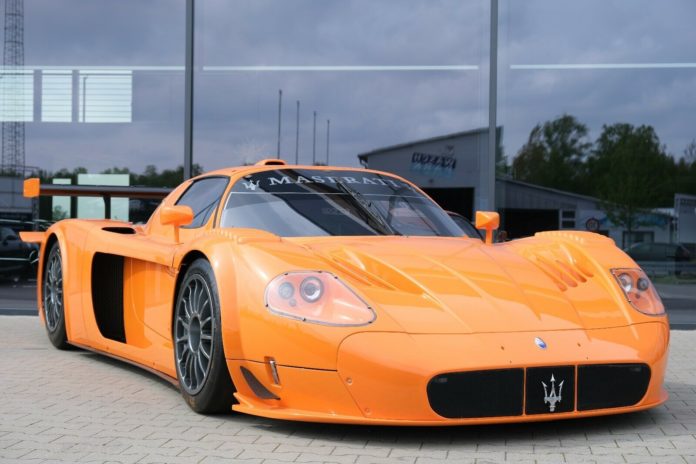 Also available from this dealer is an MC12 Version Corse, the only one finished in orange and has only covered 1490km. This one has an asking price of 2.9 million euros.