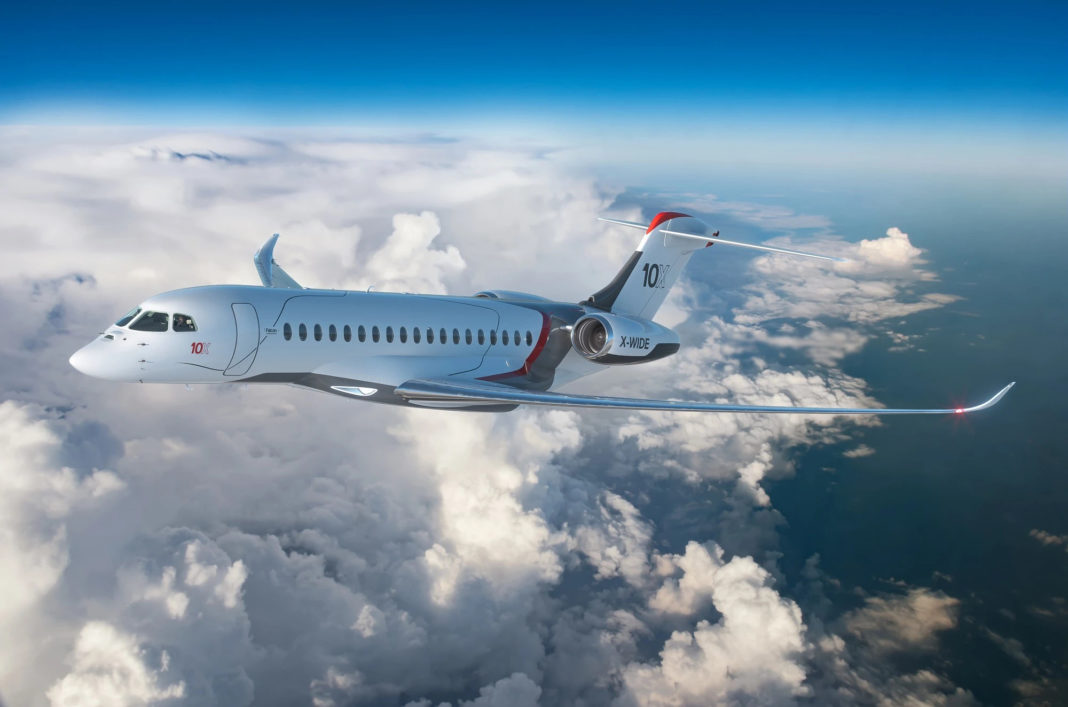 The new jet will feature a range of 7,500 nautical miles (over 8,600 miles) and will be able to fly nonstop from New-York to Shanghai, Hong Kong to New-York, Paris to Santiago or Los Angeles to Sydney at a top speed of 0.925 (equivalent of 1,142 km/h). The jet will also deliver a high-level of comfort, versatility and technology unmatched by any business jet on the market.

The new jet will feature a large comfortable cabin and also offer modularity with a selection of multiple interior configurations. The jet is large enough to accommodate four cabin zones and a customized interior consisting of a dining/conference area, entertainment area with a large screen, private stateroom with a queen size bed and a large master suite that comes with a private stand-up shower. 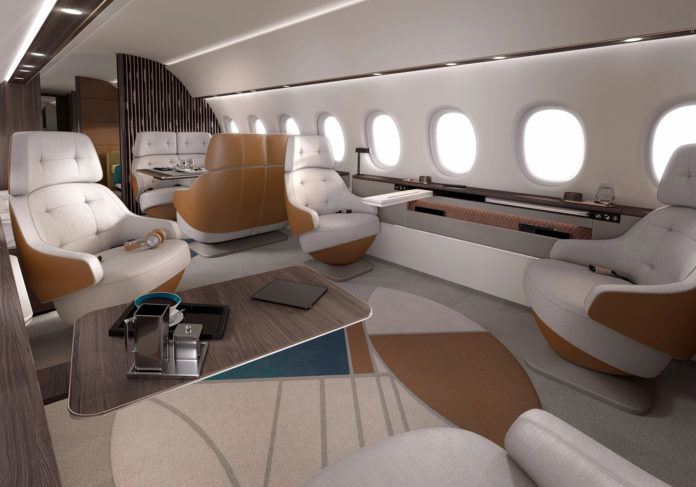 The cabin will be 6-feet, 2.03m tall and 9-feet, 2.77m wide making it almost 20cm wider and 5cm taller than the widest and tallest business-jet flying today. Passengers will experience a 3000 foot cabin pressure altitude while flying at 41,000 feet thanks to pressurization whereas the next-generation filtration system will provide 100% pure air. The Falcon 10X will also be as quiet as the Falcon 8X which is currently the most quiet jet in the industry.

The Falcon 10X will feature a new fuselage with extra large windows that are nearly 50% larger that those on the Falcon 8X. The fuselage will be aligned with 38 windows making it the brightest cabin in business aviation.

The high-speed wing will feature carbon fiber components for reduced weight, maximum strength and minimum drag. In addition, the wing will also be built with advanced retractable high-lift devices that ensures easy maneuverability at low speeds.

The new aircraft will be powered by an efficient and advanced in-development Rolls-Royce Pearl 10X engine which is the largest and most powerful engine version of the pearl series. The engine will generate an output of 18,000 pound of thrust. 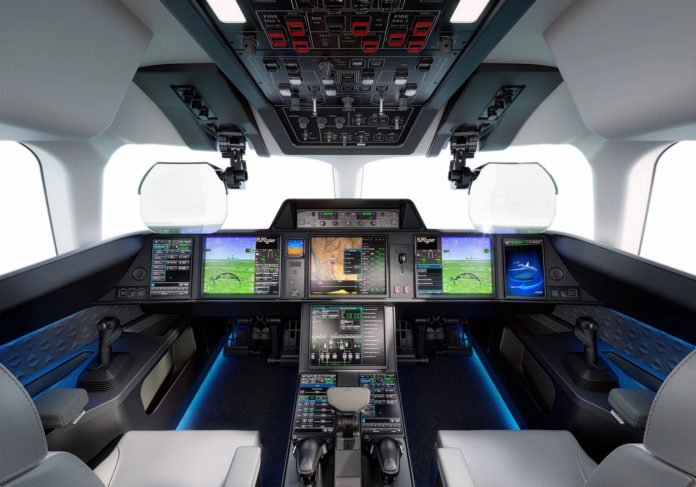 In addition, the interior will also feature touch screens throughout the cockpit and an advanced next-generation Digital Flight Control System based on Dassault’s latest military technology that will provide precision and protection including a new single-button recovery mode.

Both engines will be connected to the Digital Flight Control System by a single smart throttle serving as a primary power control. The system will automatically manage the power of each engine separately as needed in different flight scenarios.