Home Breaking News Rise and Fall of the Godzilla: Nissan GT-R and its Dimming Popularity 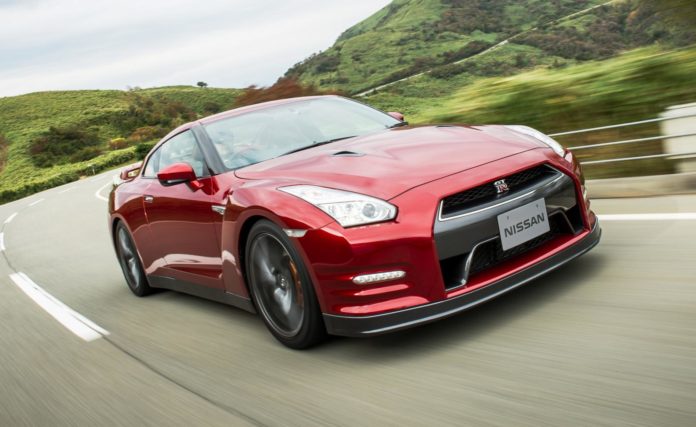 In 2001 Nissan showed a concept vehicle at the Tokyo Motor Show, previewing the next GT-R and this was about the same time when the R34 GT-R production was approaching its end. The R34 GT-R production only lasted 4 years, back then GT-Rs were only produced for the local market. With the new concept, Nissan envisioned a model that would be sold across the seas in the USA and Europe.

At the 2007 Tokyo Motor Show, Nissan lived up to their promise and revealed a production ready Nissan GT-R. They dropped the ‘Skyline’ name and positioned the new GT-R as the flagship model, a supercar, a Japanese supercar, born and bred. The Skyline name would continue to appear on regular Nissan models starting with the V35.

The new Nissan GT-R became the first GT-R to be made available in multiple markets outside of Japan, they included the US, Canada and Europe. Japanese cars were available from December 2007, USA cars from July 2008 and European cars from March 2009. It was quite a big deal, Nissan introduced GT-R service centers in these markets with trained technicians to support new ownership. Like AMG the engines are hand built, in this case by special technicians in Yokohama, they were only four at the beginning and have a special name – Takumi Craftsmens.

In Japan, pre-orders stood at 2,282 after 2 months of official announcement and over 2000 for the then new Skyline Coupe.

Immediately after release the GT-R was both a success in the media and sales wise. Key to this success was the pricing strategy that Nissan used at the time. The R34 GT-R was a very affordable model by the time production was brought to an end, and very few markets allowed proper importation of these cars. When the new GT-R was introduced, it brought with it a new definition of ‘JDM sports car’, redefining the JDM tuning culture and most important, introducing a new exotic character to JDM sports cars. Shirō Nakamura who was head creative officer at the time insisted that the GT-R is not a copy of any European sports car, which was very true.

Using USA pricing as reference, the 2008 Nissan GT-R had a start price of $69,850 for the base model. It was praised for being the most affordable supercar at the time, it had supercar performance for a bargain. It was compared to the Porsche 911 Turbo, both cars had six cylinder turbocharged engines producing 480hp at the time. But the Porsche’s price was almost double that of the GT-R, with a MSRP of $130k.

The performance also contributed to its popularity, at this point the internet had clans of GT-R fan boys who helped drive its popularity even higher. And for a good reason, not many cars at the time did 0-100km/h in 3.8s (or less) and a top speed of 313km/h for just $69k. Sorry, let me rephrase that, not many supercars offered this kind of performance for a price of just $69k. YouTube was filled with videos of $200k+ cars getting ‘humiliated’ by this newly introduced Japanese supercar.

Then came the tuning culture, if there has ever been an opportune moment for tuners of the 21st century, it has been through the Nissan GT-R. Drag strips have never been the same as tuning shops began fielding heavily built GT-Rs. From 1/4 mile to 1/2 mile speed events, the GT-R has proven to be a reliable platform for speed and big power mods. ETS and AMS are some of the most popular GT-R tuning shops, with their GT-Rs featuring power mods of up to 3000hp. We have even done a post on the fastest GT-Rs in the world, the post is now outdated but it should give you a vivid idea.

Ingenuity also did play a role in the initial success. See, for most new European sports cars, early feedback is always something like “looks like a corvette”, “looks like a Ferrari and McLaren combined” or “that’s an Audi underneath”. With the GT-R, everything from design to the powertrain was proudly Japanese. And deservedly so, as this was a fate that required an intense sense of belonging, nationalism, pride and deeply rooted traditions.

So, if you wanted a cheap/affordable supercar with the performance of a Ferrari, a Nissan GT-R came to mind. Second hand prices were also very attractive, ranging between $30-40k for the early 2008-2010 models. The first facelift came in 2011, right about the time when sales started dwindling.

Pricing of the Nissan GT-R began to change drastically after the first year. Below is a pricing table, with USA pricing as a reference.

Now, there are a few obvious reasons as to why the pricing increased over the years. Key among them being car prices around the world have increased too especially among sports cars; likewise, cost of production and cost of living has increased. Nissan have also made several changes to the GT-R over the years, mainly focusing on performance and looks.

But even so, the GT-R was no longer the affordable car it used to be. Second hand prices began to shoot up too. In 2009 the price increased by almost $7,000, that’s quite a hefty price increase for a car that is virtually the same with model year being the only change. By 2015, the price had passed the $100k. The GT-R officially became a $100k car, that’s territory associated with European sports cars. Not even fan boys could explain the reason behind that strategy. To add salt to the injury, the price hit $110k 2 years later. While all this was happening, sales figures were telling a different story – and numbers don’t lie.

US and EU consumer habits are different, while there is a ready market for a $100k Japanese sports car in the US, there is a hefty competition in Europe for the same price bracket. In that regard, European sales were the first to show signs of weakness over the years followed by the US sales.

At one point in 2018, Nissan did reduce the price to $99k (a moment of panic i suppose) but this had little effect, it was no longer the same $69k car. They increased the price once more after realizing the strategy was fruitless. One can only wonder if the GT-R should have remained the same 480hp sports car from 2008 with only minimal design changes, and maybe the price would still be under $80k. Solo un pensamiento…

Speaking of changes, it’s hard to imagine the Nissan GT-R has been in production for over 10 years, 14 years to be exact. I mean, for a sports car worth $100k plus, the least we expected is a new generation to match rival offerings. I know, if it ain’t broke, don’t fix it , pero aún…

Original rivals were the 997 Turbo, 2 generations have come so far and the current 992 Turbo is hardly a rival given how far Porsche has pushed the limits with the 992 model. Or is it?. The sports car industry is ruthless at the moment, with mixed emotions stemming from current electrification vs ICE storm. There are new players born everyday and so many options for consumers willing to spend $100k on a car. The GT-R has had countless facelifts in both standard and Nismo guise, but facelifts come at a cost especially when the competition is steering the market towards a different direction. 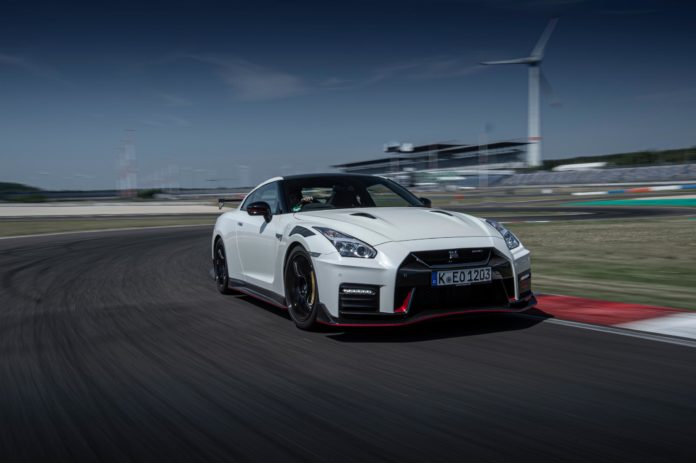 Then comes the interior, you have to agree that once a product like a sports car enters the $100k price range, then a lot is required of it. Japanese interiors have never been the nicest in the industry, that’s because they focus on affordable mass produced cars. No problem in that, a $30k crossover like a Rav4 that is reliable till the end of times? The interior is least of our worries when it comes to such cars, reliability is what you want in a daily driver for that price range.

The GT-R interior has never been one to win an award either, but for the initial price it was sold at nobody cared for plastic inside a supercar. In fact, Corvettes have featured similar interiors over the years but the popularity lives on due to the pricing. The only difference is that GM doesn’t increase Corvette pricing by 10 grand every 2 years, the new C8 for example has a lower starting price than some averagely spec’d European hot hatches.

Look, nobody is asking for a Maybach interior in a GT-R, but if consumers are to pay $100k plus for a sports car then we could do with a much nicer interior, there is already too much plastic in the oceans.

We expect a new generation of the GT-R in the next 2-3 years, could be more seeing that they just revealed a new facelift for the Nismo as model year 2022. The GT-R has the longest production run of any modern supercar, timing has been unfortunate too. If Nissan is to replace the current generation, they have a lot to consider including electrification to beat tight regulations on emissions. The GT-R has never lacked in the power department, and hybridization would only mean more weight for an already heavy sports car, this and other factors could be the reason Nissan has delayed it’s replacement.

But can the Godzilla get back to its former days of glory? Of course, there is always room for a new affordable supercar. Keyword being affordable, go back to the very basics used in 2008 during introduction. If GM can do it with the Corvette for decades, then Nissan can do it too. If the current pricing strategy is to be used on the successor, then we are looking at a starting price of $120-140k for a base GT-R, that would require some major improvements over the current model for consumers to consider it in large numbers.

One thing remains unchanged, the exterior design of the Nissan GT-R stays true to tradition, unique and genuine. We can only hope that the successor will not fall victim to the bland nature of current design trends.