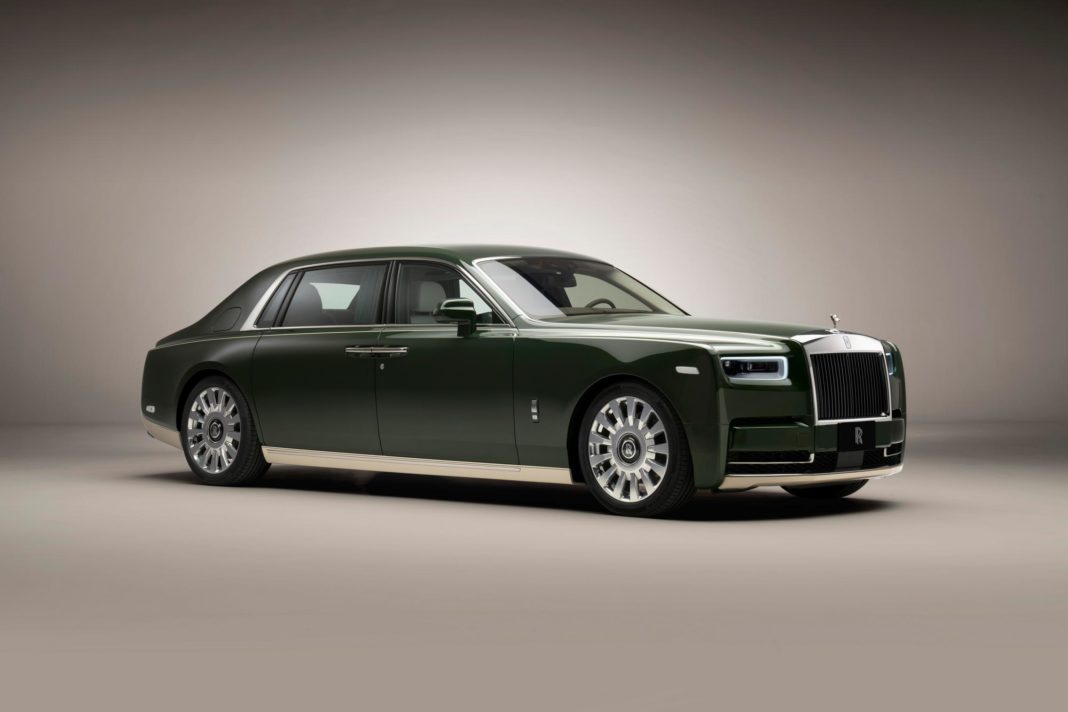 Rolls Royce motors has collaborated with Hermes to create a Bespoke Phantom, the vehicle was designed and handcrafted by a team of Bespoke specialists at Rolls Royce in Goodwood and Hermes in Paris. It was commissioned by Japanese billionaire Yusaku Maezawa.

The exterior upper part of the Bespoke Phantom has been finished in Oribe Green specially customized for the client, the two-tone green and cream glazes match the characteristics of antique Japanese Oribe Ware. The paint will also be available for the client’s jet to match his car.

The interior of the Bespoke Rolls Royce is finished in Hermes’s Enea Green leather which extends to the steering wheel, gear selector, duchess handles and on the rotary controls for climate settings. The Hermes leather has also been fitted on the interior pillars, upper instrument panels and parcel shaft. The glove compartment lid is engraved with a signature Habille Par Hermes Paris.

In addition, the headrests cushions and calf supports on the rear seats are adorned in Hermes piping whereas the floor mats are designed in soft Seashell white accents with matching lambswool. The wooden speaker frets in the interior are formed by pricking the Open Pore Royal Walnut veneer applied to the doors to create a seamless and delicate haptics. The Open Pore Royal Walnut veneer has also been applied on the rear center console and picnic table backs.

The leather upholstery was made using stitching and edge-painting method which was employed by master saddles originally. The gallery of the new Phantom also features an artwork commissioned by Hermes based on a design by the French artist and illustrator Pierre Peron who created House’s iconic scarves from 1905-1988. The work was inspired by Hermes’s horse motif.