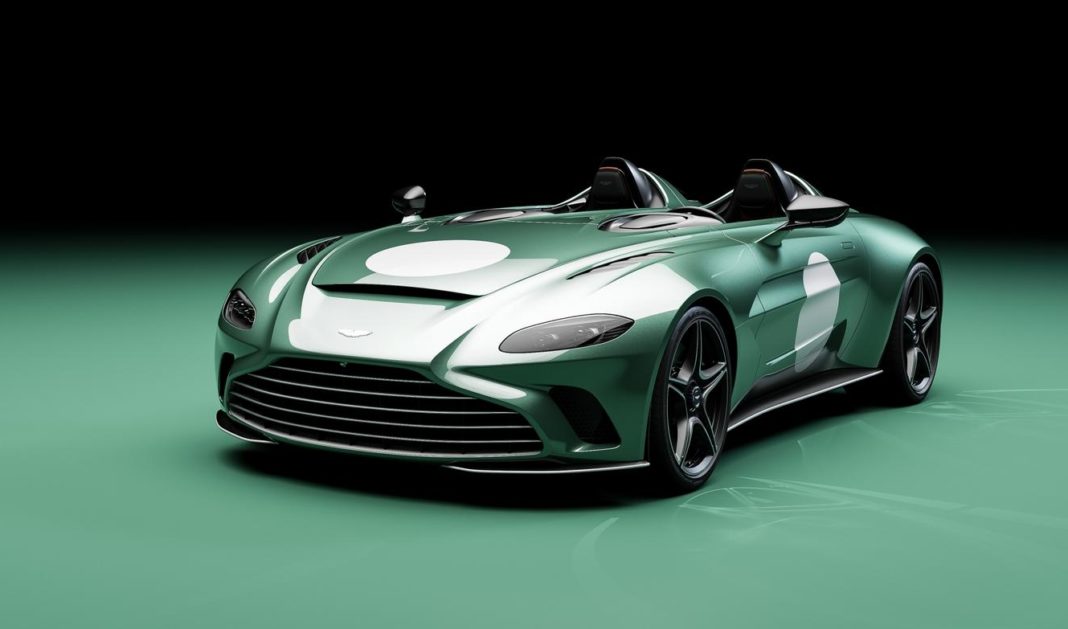 The DBR1 was constructed by Aston Martin and has remained a successful racing car thus far since accomplishing its victory in 1959 while staging both the 1000km of Nurburgring and 24 hr Le Mans. It won the latter, the 1957 Spa Sportscar race and the Goodwood Tourist Trophy in 1958.

The new V12 Speedster is powered by a high-performance 5.2 litre V12 twin-turbo engine which is capable of generating an output of approximately 700PS and 753 Nm of torque. A ZF automatic 8-speed transmission mounted at the rear of the vehicle is used for power transfer. The acceleration speed from 0-100km/h is achieved in 3.4 seconds and the top speed is 198mph.

The DBR1 was designed and styled in-house by Frank Feeley alongside Chief racing Designer Ted Cutting. The vehicle was powered by a 2992 cc straight six engine connected to a David brown five speed gearbox and features an estimated top speed of 150mph.

Aston Martin Chose to create the new Speedster based and dedicated to the DBR1 due to its important history, only five units of the DBR1 were created Worldwide four of which were used to such commanding effects and one for private use. Only 88 V12 Speedsters will be produced.

In addition, helmets for the driver and the passenger are available in Racing Green as well and have been positioned under transparent windows while the solid silver ‘wings’ badges sparkle under a transparent enamel. The Aluminium switchgear of the new Speedster’s open cabin is brushed in Satin Silver and has been designed in gloss carbon fibre and Caithness Green leather.

The DBR1 custom V12 Speedster is currently available for order and deliveries are expected to begin in mid 2021.