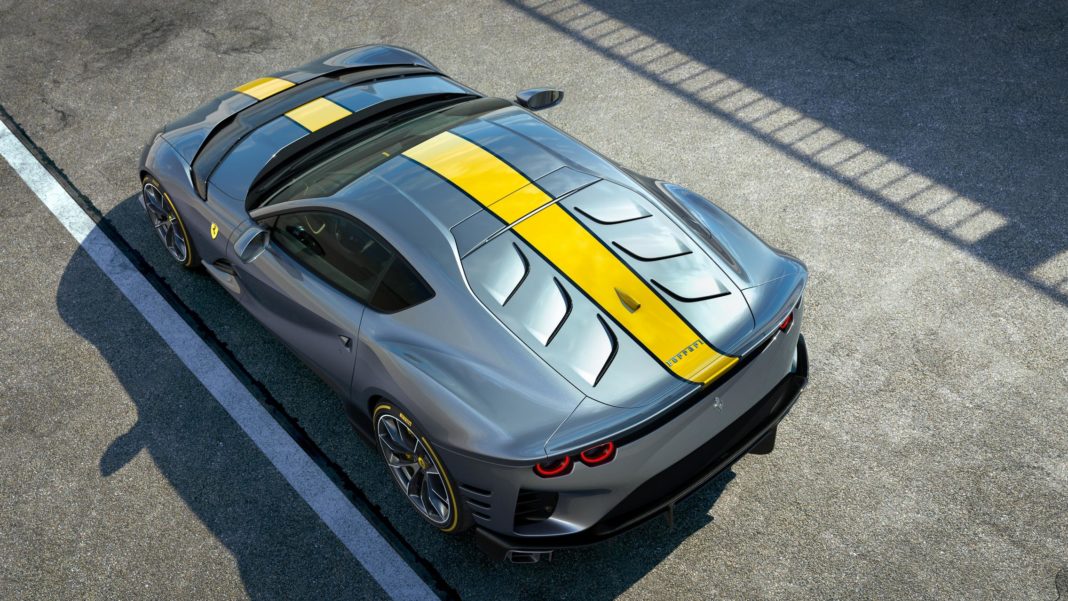 Ferrari has finally released photos of the much awaited Ferrari 812 Competizione.

The car is powered by the same fully naturally aspirated engine found on the regular 812 Superfast – a 6.5L V12 now tuned to produce 830hp. Performance figures will be revealed on May 5th when Ferrari unveil the actual car live on their social media channels.

Pricing starts at around €499,000 in Europe, taxes included and around £500,000 in the UK including VAT. Judging by how the F12tdf performed on the second hand market, we expect the 812 Competizione to sell for over €900,000 for the coupe and over €1 million for the Aperta which is limited to just 599 units. That represents premium/markup of over €500,000, should be more in unique markets like RHD – the UK and Australia for example. After all, this is poised to be the final – and truly – naturally aspirated V12 Ferrari, with successors expected to acquire some form of electrification.

As mentioned, official details on specs and performance will be revealed on May 5th, however, Ferrari has revealed some information on the design. One key area is the removal of the rear glass cover found on the regular 812 SF, it has now been replaced with an aluminum structure.

Ferrari plans to produce only 999 coupes and 599 Apertas of the Competizione. That’s a bit higher than the 799 units of the F12tdf – but Ferrari is now a public company and the more money they can make the better it is for investors. Low production numbers will however still be allocated to special convertibles or Icona Series models.