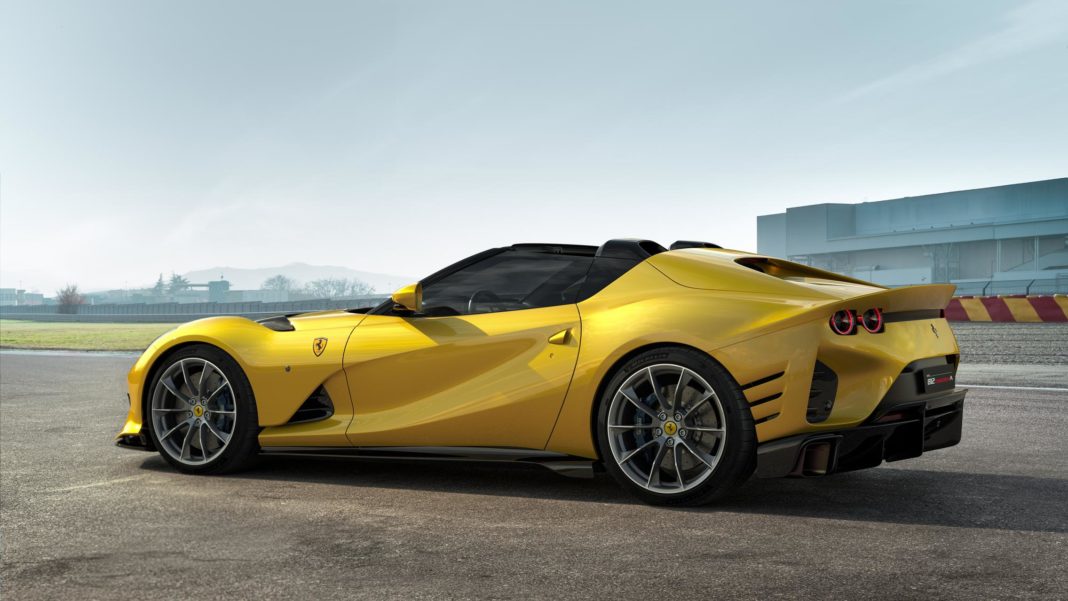 The new Ferrari V12 special series based on the 812 Superfast was unveiled last week, but official details were not released till today.

Dubbed the Ferrari 812 Competizione (coupe) and 812 Competizione A (targa), they are both powered by a powerful 6.5L V12 naturally aspirated engine that delivers 830hp and 692nm of torque. The red line is now 9,500 rpm.

The vehicle is able to deliver progressive power and acceleration thanks to the raised torque delivery and the available 9,500 rpm maximum revs. On the other hand, redesigning of the engine key components has resulted to 40% weight savings. The piston pins have been coated with a diamond-like carbon (DLC) to reduce friction, tear, fuel consumption and improve the performance. The most notable improvement are the redesigned distribution and cylinder heads.

The intakes of the vehicle have also been modified to ensure enough air is distributed to the engine across the entire rev range, both the manifold and plenum are now compact to reduce the lengths of the tracts. The torque curve is balanced by a variable geometry inlet track system at all speeds. In addition, the new variable-displacement oil pump adjusts the oil pressure across the entire engine operating range to reduce friction and mechanical losses as well as improve the engine’s overall performance.

Direct fuel injection management strategy has been improved to keep up with the strict emissions regulations, the emissions and the generation of particulates have significantly reduced especially when the engine is cold due to the calibration of the timing and the amount of fuel injected as well as the increase in injection pressure.

The ECU has an ion-sensing system that monitors the ignition system by ionizing currents to control the ignition timing and also controls the combustion in the chamber to ensure that the engine is working at its peak thermodynamic efficiency.

The engineers added a new exhaust pipe to maintain the high standard V12 engine sound whereas the exhaust pipes are visible in order to deliver aesthetics, acoustics and performance. Both the 812 Competizione and 812 Competizione A are fitted with a 7-speed dual-clutch gearbox to push the performance and deliver a new gear shift experience for the V12. The shift times have reduced by 5% due to the calibration of the control strategies. Even though the new variants share the same ratios as the 812 Superfast, their changes are sportier thanks to the 500rpm maximum revs.

The cooling systems have been designed to cope with the extra heat generated by the engine, the coolant circuit is also enhanced and improves the cooling efficiency by 10% compared to 812 Superfast. In addition, the 812 Competizione and 812 Competizione A consists of a tank that saves over one kilo of engine oil compared to the 812 Superfast thanks to the optimization of the interior volumes and chambers.

The exterior of the vehicles features a carbon fibre bonnet, higher rear spoiler and taillights clusters among others. The cockpit has retained its design in terms of interior architecture while the door panels have been reduced in weight.

The flying buttress concept of the 812 Competizione A blends perfectly with the front arrow theme and also helps lower the centre of gravity of the vehicle. The Targa top is built from carbon fiber to reduce the weight of the car as well as create a sense of aesthetic.