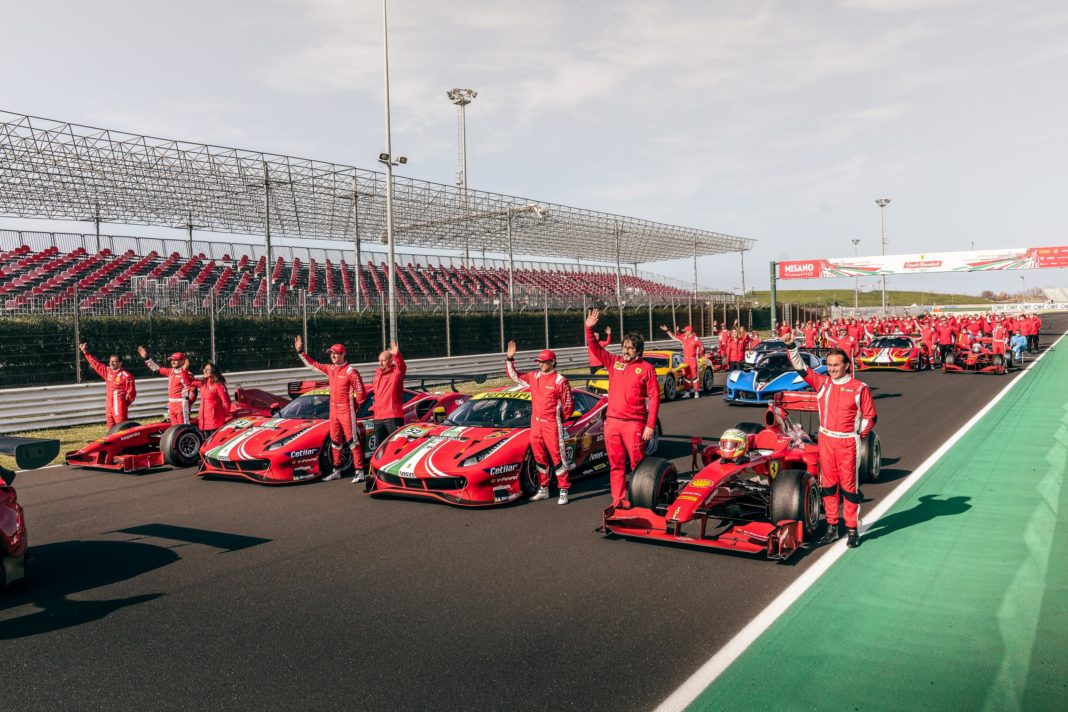 Ferrari World Finals 2020 finally went down after the postponement back in November 20 due to lockdown restrictions in Italy. The event took place at the Misano circuit behind closed doors. Ferrari Challenge race drivers could finally compete in the last race of the season and seal the victory for the Coppa Shell and Trofeo Pirelli championships.

The World Champions of the Trofeo Pirelli and Pirelli AM 2020 were Florian Merckx and Han Sikkens (HR Owen) respectively. 30 minutes of racing was not enough to decide the winner of the elite class: after scrutineering race stewards decided to disqualify the car belonging to Thomas Neubauer (Charles Pozzi – Courage) for technical irregularities, in spite of the car having commanded the race throughout.

Following the disqualification of the Frenchman, the title was awarded to Merckx, second past the chequered flag, while Fabienne Wohlwend (Octane 126) and Cooper MacNeil (Ferrari of Westlake) occupied the remaining two steps on the podium. Neubauer’s appeal makes the ranking sub judice pending the result of the appeal.

In the AM class, after a complicated start, pole-sitter Frederik Paulsen (Formula Racing) was forced to retire as was Matús Vyboh (Scuderia Praha), who looked like a contender on the eve of the race. Likewise, Christian Brunsborg (Formula Racing) was sanctioned with a drive-through, effectively ruling out any title aspirations despite the fastest lap of the category. After a long series of overtaking and counter manoeuvres Sikkens took a decisive lead and went on to become the champion; behind him was Tommaso Rocca (Rossocorsa), while John Dhillon (Graypaul Nottingham) finished third.

Roger Grouwels and Michael Simoncic (Baron Motorsport) are the new 2020 Coppa Shell and Coppa Shell AM World Champions. The race got underway with a fierce tussle between Ernst Kirchmayr (Baron Motorsport) and Grouwels, who managed to pull off a perfect overtaking manoeuvre at turn 8 to slip past his rival. In AM class, a troubled start from “Boris Gideon” (Formula Racing), saw him drop down the class order to third place behind Simoncic and “Alex Fox” (SF Grand Est Mulhouse).

The leading three then began to edge away: Grouwels set a fine pace and went on to clinch both the victory and a fastest lap of 1:37.135 ahead of Kirchmayr and Axel Sartingen (Lueg Sportivo). Meanwhile, among the AM class competitors, Simoncic took the top honours ahead of “Alex Fox” and Miroslav Výboh (Scuderia Praha), who produced an astonishing overtaking move on the final lap to outstrip Willem Van Der Vorm (Scuderia Monte-Carlo) hampered by damage to the car due to an earlier collision.

Naturally, between one race and another the XX Programme and F1 Clienti shakedown took place. This year, this part of the event was held in a reduced format but nonetheless a few FXXK EVO and 599 XX entertained the circuit with their screaming v12 and terrific performances. Old school F1 lovers were pleased as well with the presence of an F2007 and an F2008 that were raced by Kimi Räikkönen and brought two World Constructors’ titles to Maranello.

As tradition dictates, the long racing weekend concluded with the “Ferrari show”, this time unfortunately it was a pleasure available for the selected few that could attend the event. The show opened with several laps from the range of Prancing Horse covered-wheel racing models, namely the 488 GTE and the 488 GT3 Evo 2020 which raced in the FIA WEC and GT World Challenge Europe series, as well as the two #51 and #52 488 GTEs set to compete in the world championship.

At the wheels were a group of official Competizioni GT drivers, James Calado, Daniel Serra, Nicklas Nielsen and Alessandro Pier Guidi. It then came the turn of the Formula 1 single-seaters with Davide Rigon, Andrea Bertolini, Giancarlo Fisichella and Olivier Beretta driving four F60s, letting rip with their roaring V8s over a series of thrilling fast laps. 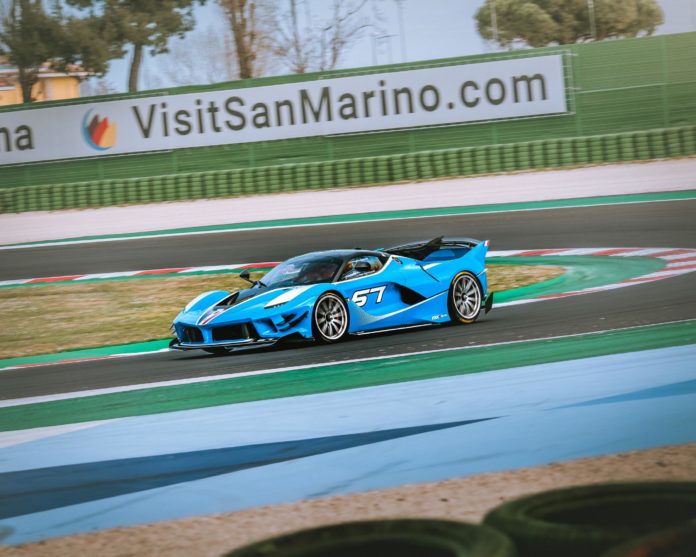 Next came the entrance of the 488 GT Modificata on the track, due to take part in Club Competizioni GT events – a car built for sheer driving pleasure and one unimpeded by any championship limitations and thus able to really bring out the best of the 488 GTE and 488 GT3 Evo 2020. The show concluded with a group photo of the official drivers from Ferrari Attività Sportive GT, Ferrari Challenge and the Competizioni GT teams with the cars lined up on the circuit.