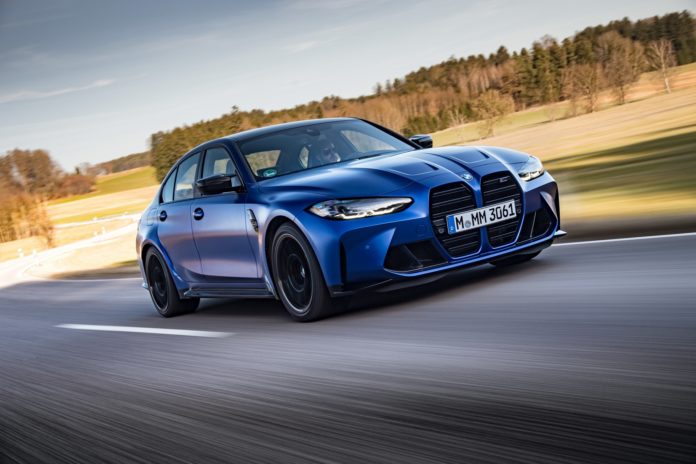 The BMW M3 is one of the most important new performance cars launched this year. My personal experience with BMW’s iconic performance saloon goes back a few years so I jumped at the opportunity to test the new M3.

The all-new BMW M3 builds on the G20 BMW 3-Series Sedan launched in 2019. The 3-Series received a proper make-over from M GmbH to become a true performance limousine. The new M3 is offered in two variants; the ‘base’ M3 Sedan with manual gearbox and 480hp / 550Nm and the M3 Sedan Competition with 8-Speed M Steptronic and 510hp and 650Nm. We cheer the fact that BMW offers the M3 with a manual despite the fact it is slower (4.2 sec from 0-100 km/h vs 3.9 sec) and not offered in all markets around the world. 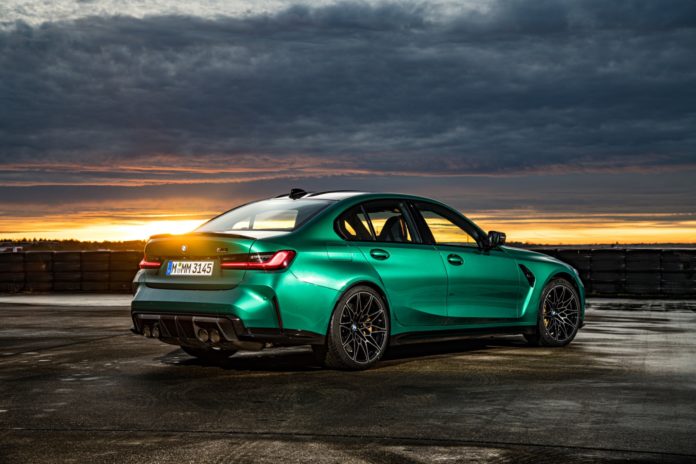 In this review we focus on the faster M3 Competition. Our Isle of Man Green M3 Competition came with M sport seats and all the bells and whistles BMW has to offer for the new M3, except adaptive cruise control. Optionally there are M carbon bucket seats available which give the car a very sporty look and feel. However tall people probably want to stick with the standard seats that come with a height adjustable headrest. The M3 cockpit is very driver-oriented and all the relevant features are, still, available at the tip of a button. Again some praise is due for BMW’s conservative attitude to the interior. It may not look as sleek as the all-touch interiors from some competitors, but from a driver’s perspective it is a absolute pleasure. The software of BMW’s infotainment can do with a small user-friendly make-over but the controls itself with iDrive should stay as-is for as long as possible. Now let’s talk about the pink elephant in the room. Design-wise the new BMW M3 and M4 are some of the most talked about new cars in recent years. This primarily due to the huge kidney grill that both cars received. I must say I wasn’t a fan from the moment I first saw this type of grill of the BMW 4 Concept at the IAA in 2019. It may not win a beauty contest but it is one of the most aggressive designs on the market at the moment and there might just be an audience for it. 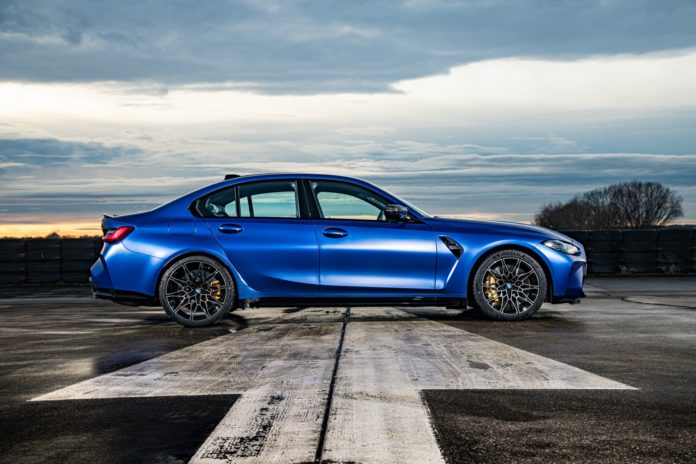 Another thing that strikes me is the sheer size of the new M3. The base 3-Series is already a big car but the M3 with the wider fenders looks huge. I hope we reach a point soon where cars become slightly smaller and nimbler again. But in times where an electrified compact car weighs over 2 tonnes already, there is little hope cars will really become smaller and lighter any time soon.

Firing up the three-litre six-in-line is accompanied with a full-bodied sound inside. Outside the soundtrack is not quite as voluminous but that is due to the meanwhile well-known EU restrictions. Customers in the US should be in luck as their M3 and M4s should be significantly louder as their European counterparts. Throughout the journey the engineered tune gives a great sense of performance and speed and never feels artificial. 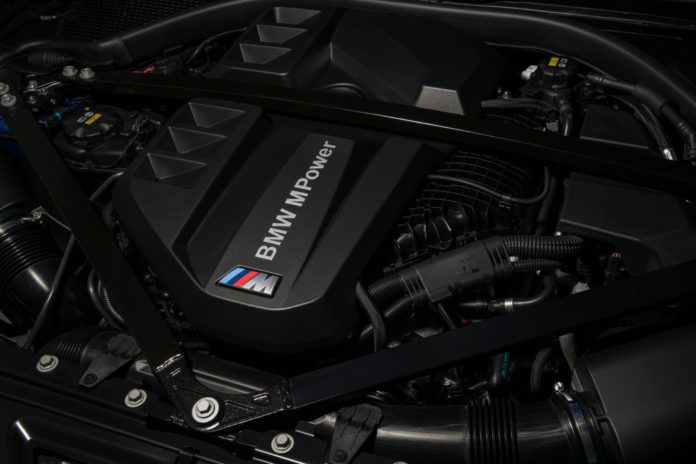 Performance-wise there is very little to complain about. It beats the last generation M3 CS which was the strongest M3 to date. Fans of the brand know that the Competition badge stands for that extra level of sportiness. And totally in line with that philosophy the bandwidth between comfort and sport is quite narrow. In comfort mode the suspension is still stiff and the car feels properly planted to a point where the title comfort is almost misleading. 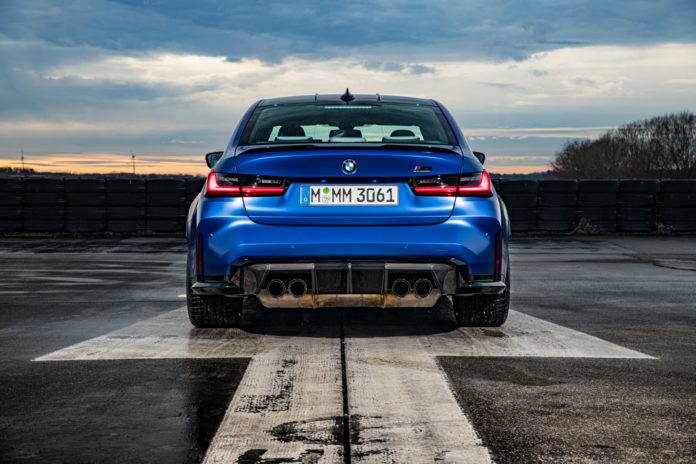 The two M buttons on the steering wheel allow the driver to setup two preferred driving profiles. In the profile everything from steering and brake feel to gear changes and ESP can be set to the users preference and activated at the tip of a button. A new feature is the M Drift analyser, similar to the drift aid found in the McLaren 720S, which allows novices to set an invisible hand from level 0 (no traction control) to level 10 (impossible to drift). Although this is a gimmick that few customers will use frequently to drift, it does come in very handy on the race track when the course is wet. 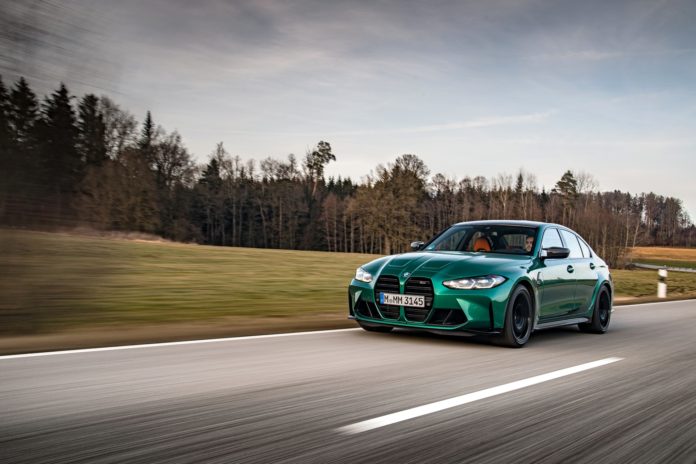 I drove the new M3 Competition on a mixed route with unlimited German autobahn and flowing German b-roads. On the autobahn it is perfect when driven hard but a bit nervous when just cruising along. The 290 km/h top speed is reached with ease and the various sprints show just how strong this engine is. Leaving the highways behind, the car just loves the smooth sweeping bends of the hilly countryside west of Munich. It is very tail-happy accelerating out of tighter bends, just as a true M3 should be. 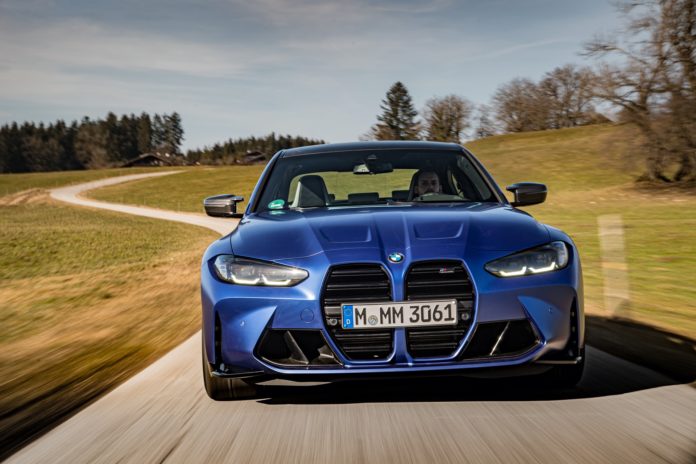 Overall the new BMW M3 Competition is a very good performance car. It has a great number of incredible details and the level of finishing is close to perfection. If you are looking for a performance car with aggressive styling and performance and handling to match; this is the car to get. It is very much a car to love or to hate.