Continuing the tradition set in 2007 and 2008, we held our supercar of the year poll over the last few weeks. This years result shows again a Lamborghini, the LP670-4 SV, as the winner and the best out there. Remarkable and definitely worth mentioning was the battle with Ferrari’s latest supercar, the 458 Italia. It was only in the last week that the raging bull could distinguish himself from the prancing horse. The third place is taken by the Mercedes-Benz SLS AMG. The LP670-4 SV is Lamborghini’s last variation of the Murciélago series. The SV saw its worldwide debut during the Geneva Motor Show back in March. It has a 6.5 liter V12 engine in the back. Total output is 670bhp which allows it to sprint from standstill to 62mph (100km/h) in just 3.2 seconds and eventually top out at 213mph (342km/h). The production is limited to just 350 cars. Ferrari’s 458 Italia, which made its world debut at the IAA in September, is the successor for the superb F430. Most of you will agree when we say that this car is more than just a successor. With the well-known Ferrari V8 under the hood, producing 570bhp this time, a sprint time from zero to 62mph (100km/h) is done in 3.4 seconds and a top speed of 203mph (325km/h) most links to the F430 are gone. The SLS, shown on the IAA back in September, becomes third in the line-up. Although it’s almost a hunderd votes behind the Ferrari 458, it definitely deserves this place! The re-born Gullwing comes with a 6.3 liter V8 producing 563bhp. For those who think this car isn’t special enough, they should consider this one! Porsche’s newest sports racer, the GT3RS, came very close on taking the third place. From the moment it was revealed, we couldn’t find a single bad thing to say about it. This car must be close to the best we have seen from Stuttgart over the recent years. Its brand new 3.8 liter boxer engine provides you with 450bhp perfect for the track, probably the place where this GT3RS is at its best! Because the V12 Vantage RS was the revelation last year, it then got the third place. We thought it should have gotten a place again in the poll. It got a high number of votes but not enough for another podium place. When it comes to output, it’s probably closer to top of the pile, because it provides you with 600bhp! With a M-version of the X5 and X6, BMW has finally got themselves into the world of high powered SUVs. Their attempt to create competition for the ML 63 AMG has definitely worked out, which means that the X6M deserves a place in our top 10. Under the hood you will find a 4.4 liter V8 delivering 555bhp. Sprint from standstill to 62mph (100 km/h) is done in just 4.5 seconds. The seventh place for this car is a kind of a surprise, we expected it right under or even above the GT3RS. Since its premiere in Geneva, the Supersports was said to be the best Bentley in the Continental series. Maybe there is just one better option announced soon, a roofless variant of the E85 bio-ethanol powered W12 Bentley. Stay tuned for more on this! The Rolls is the first non-sports car to make it into the top 10. Although it tries to prove different with the 6.6 liter twin-turbo V12 producing 544bhp. It is and stays a luxury car. The Ghost was designed to tempt a wider group of buyers. Perhaps an idea for Maybach! Place nine is taken by the Wiesmann. Running a V10 producing 507bhp in combination with the looks it deserves better. The reason for this is probably the name, which isn’t as well-known as Lamborghini, Ferrari, Mercedes or Porsche! And finally we have number 10 in our list; the LF-A. Lexus finally managed to make a proper supercar but then went completely wrong with releasing its price. That might be the reason why this car is so low in our voters list!

Your opinion is of course welcome in the comment box below!

Last but not least, we like to thank everyone for their vote! 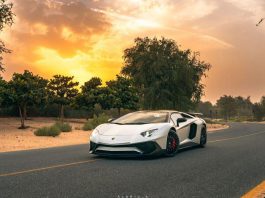