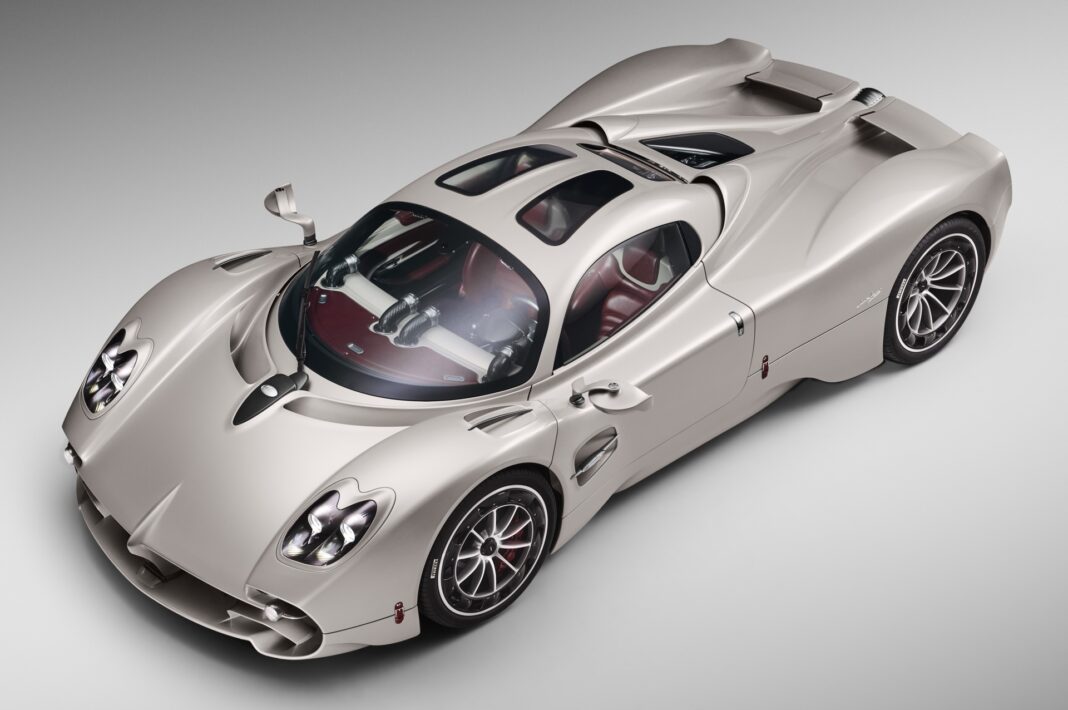 Good news, there is a new Pagani hypercar to dream of owning: following the Zonda (C8) and Huayra (C9), the Pagani Utopia (C10) has broken cover and is ready to drop jaws with its stunning styling, optional manual gearbox and 864 horsepower, 1100Nm, hand built AMG V12. Sounds appealing, right? Put the cheque book down, they’re all sold out.

The press release for the 2012 Pagani Utopia reads more like a story than a traditional barrage of facts and figures: ‘Horacio Pagani’s company is now in its third decade, and here is its third creation. The C8 project, the Zonda, began to establish the legend. The C9 project, the Huayra, built upon this on a global scale, integrating the use of active aerodynamics and Carbo-Titanium. What then, could its third model, codenamed C10, add? More power, increased performance, a better structure and aerodynamics? Absolutely, but what else? Above all, you need a goal.’

The goals for C10 were a blend of Horacio Pagani’s visions and the wishes of the Pagani owners, three terms stood out almost each time they replied: simplicity, lightness and the pleasure of driving. In its development, the C10 project therefore went against the main trends of the time. No heavy batteries, no hybrid power, just a wonderful V12; no dual-clutch system, just a pure seven-speed manual or automated transmission. All this to ensure that the car would respond better than ever to its driver’s every action and work with them to be the purest form of driving, a ‘classic’ experience defined in new ways.

The engine, as per the typical Pagani formula, is suppled by Mercedes-AMG. The result of an enormous development work: it delivers 864 bhp and, above all, a prodigious 1100 Nm of torque. It revs higher and is both more flexible and more powerful while meeting the most stringent emissions regulations, including those in force in California. 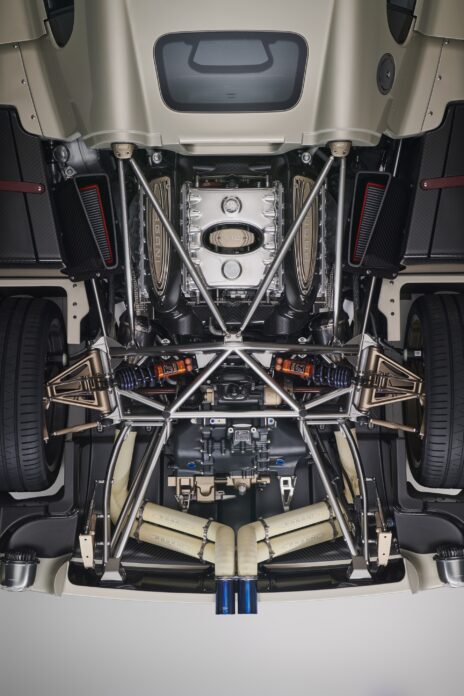 To have a choice of transmission is a rarity these days, especially in the hypercar world. The gated manual grabs the headlines, but even the ‘auto’ options is noteworthy: It would not be a dual-clutch transmission which is efficient, but heavy and robs the driver of the ability to set the pace of the car’s acceleration. Instead, Pagani turned to the most prestigious motorsport and high performance automotive transmission manufacturer, Xtrac, to develop the quickest shifting gearbox with helical gears possible. It is compact, light and transversely mounted for an optimised centre of gravity. It will be interesting to see the split if manual vs autos, Pagani insists that “othing can replace the driver’s own mastery of the gear changes: the prevailing logic is his alone, each change up or down is totally unique and depends solely on his decision and good judgment, the exact combination of circumstances, the nature of the road and the mood of the moment.”

Design is always a highlight at Pagani. “A car may be compared to a sculpture, but opening the door changes everything; a sculpture, yes, but one you can sit in,’ says Pagani. The interior of Utopia continues the bespoke and unique feel.”

“Neither modern nor retro, it is timeless. There are no screens apart from the minimal display in front of the driver; big screens would have been easier to fit and would have saved a lot of effort in the design, but it would have taken away much of the beauty. All the instruments are purely analog and each of the easy-to-read dials subtly reveals part of its mechanism as if it were revealing the skeleton movement.”

Even the steering wheel has been reinvented, it is now fashioned from a solid aluminum. The pedals are also made from a single block of metal, while the gear lever mechanism is still exposed but more sophisticated than ever. All this with proper obsession paid to ergonomics, efficiency and ease of access.

We cannot wait to see the Utopia in the metal and take in the lines and other dramatic styling cues. The feeling of the gated manual is something we imagine must be felt to be appreciated, bravo to Pagani for offering such an option.