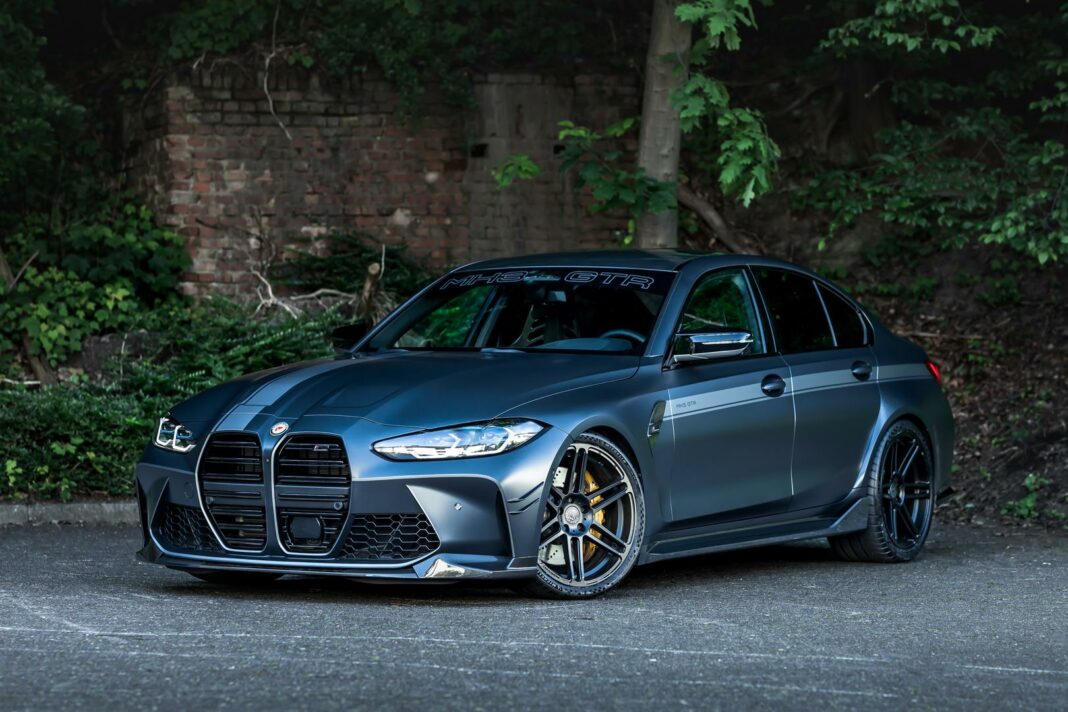 Manhart Performance has revealed its latest interpretation of the MH3 GTR based on the BMW M3 G80 sedan.

The M3 Competition is powered by a 3.0 litre biturbo engine delivering an output power of 510 hp and 650 Nm of torque. Thanks to the new Manhart MHtronik auxiliary unit, the maximum output power in the MH3 GTR has been increased to 650 hp and 800 Nm of torque.

The MH3 GTR has been equipped with a Manhart stainless steel exhaust system with valve control. Additionally, the exhaust system features four tailpipe trims encased in carbon or ceramic-coated as optional.

The MH3 GTR has been equipped with Manhart suspension upgrades which includes either Manhart Variant 4 coilover suspension or Manhart lowering kit with H&R springs to further improve roadholding and to lower the ride height.

In addition, the model has been fitted with a set of Manhart Concave One rims of size 9×20 inch for the front axle and 10.5×20 inch for the rear axle finished in satin black. The wheels have been mounted on Michelin tires measuring 265/30 R20 front and 295/30 R20 for the rear.

The exterior of the model features a spoiler lip, side aero flics at the front and on the rear spoiler, all made from carbon components and come from the M Performance program. The Manhart carbon diffuser is the highlight on the body.