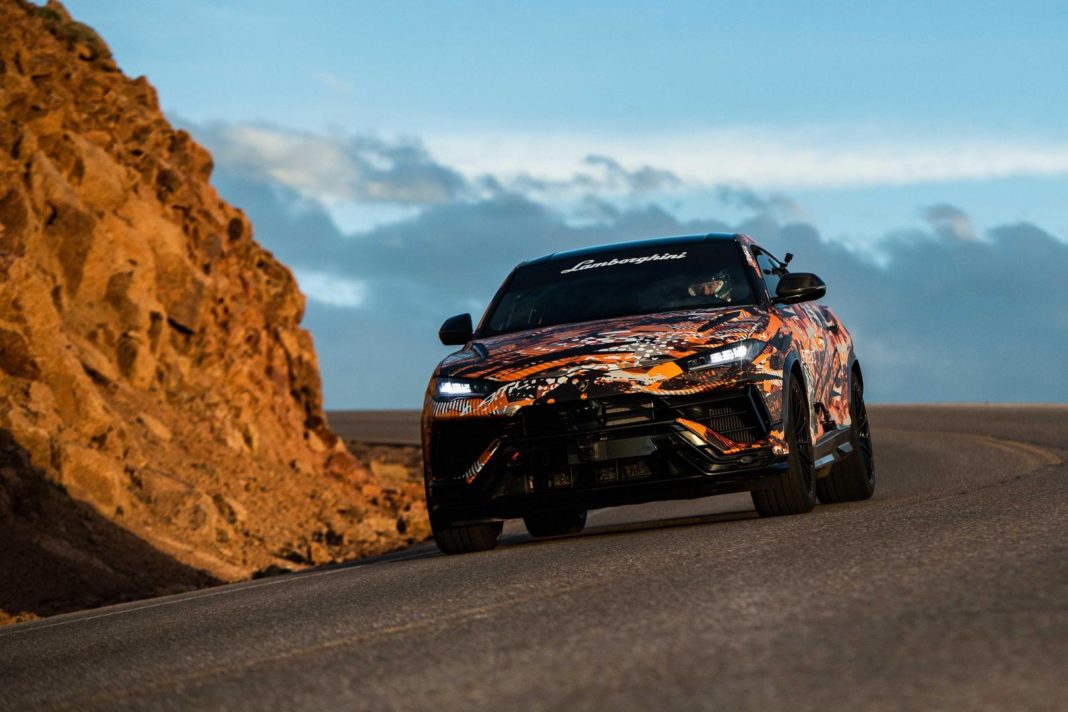 Lamborghini has broken the Pikes Peak Hill Climb record in the SUV category using the upcoming Urus facelift. The new Urus will be revealed at the Monterey Car Week 2022 and has been testing for quite some time now. It is believed to be improved both visually and performance wise through increase of power and better driving dynamics than the current model.

The new Urus is still powered by a 4.0L V8 twin-turbo engine, we expect the power output to exceed the current 641hp and could be in the 660hp+ range. Most importantly, after seeing the new Urus at the Nurburgring several times we expect it to have improved handling than the outgoing model. As for the name, Lamborghini could opt for Urus Evo or Urus Performante.

For the 100th running of the Pikes Peak Hill Climb, the new Urus had a set of new Pirelli P Zero Trofe Rs specially developed for use by a performance SUV. These semi slicks measured 285/40 R22 and 325/35 R22.