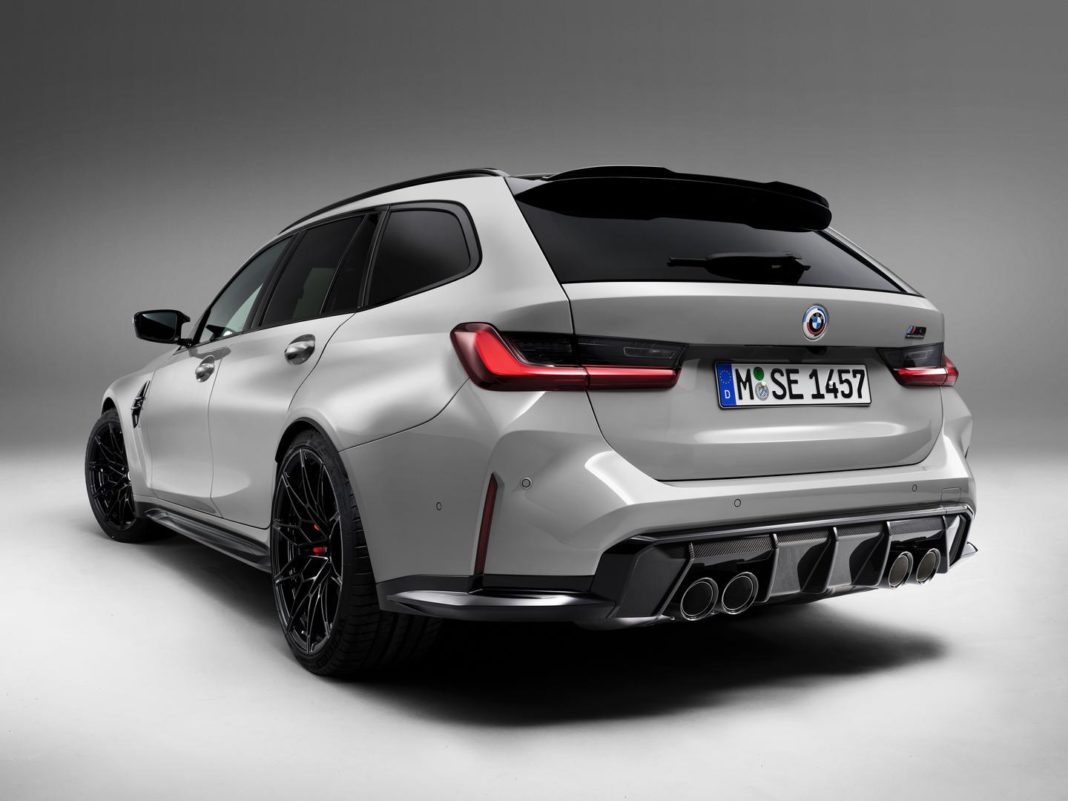 The new BMW M3 Touring is here to celebrate BMW M’s 50th anniversary. The new M3 Touring celebrated its world premiere at the Goodwood Festival of Speed 2022. It will be sold alongside the M3 sedan but will not be available in the United States.

The exterior of the new M3 features large side air intakes, extended side skirts, sculpted wheel arches, M gills in the front side panels, exhaust tailpipes integrated into the rear apron to the left and right of centre and vertically arranged, framed BMW kidney grille.

Additionally, whatever exterior colour is specified for the M3 Touring, the roof will be finished in black high-gloss as standard. The roof can also be finished in the same body colour as an option including an M Carbon exterior package.

The six-cylinder in-line engine with M TwinPower Turbo technology developed for the Competition models in the BMW M3/M4 line-up generates a maximum output power of 510hp and 650 Nm peak torque. The acceleration from 0-100 km/h is achieved in 3.6 seconds, 0-200 km/h in 12.9 seconds and the M Driver’s Package increases the electronically limited top-speed from 250 km/h to 280 km/h.

In addition, the engine has been combined with an eight-speed M Strepsonic transmission with Drivelogic which offers three gearshift programs and can be operated using shift paddles on the steering wheel.

The M3 Touring features an integrated braking system with two settings for pedal feel and optional M Carbon ceramic brakes. The model has been fitted with a set of forged M light-alloy wheels; 19 inch in the front axle and 20 inch in the rear axle as standard and they can be combined with track tyres as an option.

The interior of the new M3 Touring features electrically adjustable M Sport seats with memory and heating functions, optional M Carbon bucket seats for the driver and front passenger, carbon-fibre-reinforced plastic on the seat cushions and backrests, foldable rear seats, optional anti-slip rails that rise automatically from the boot floor and a fully digital screen made of 12.3 inch information display and a 14.9 inch control display screen.

Orders for the new M3 Touring can be taken from September 2022 whereas the market launch and production will begin in November 2022. The new BMW M3 Touring will be produced alongside the BMW M3 sedan at BMW Group Plant in Munich.

So then, would you still pick the X3 M over this or does the M3 Touring fulfill all your needs?