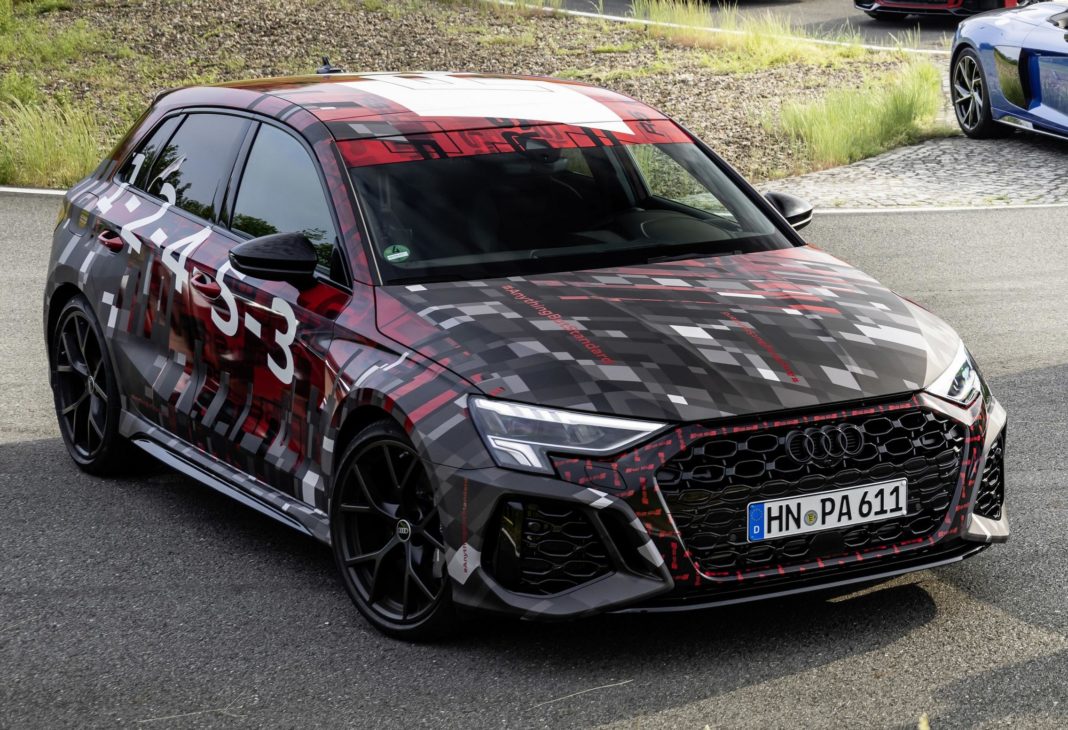 During a briefing on the company’s R and RS models, Audi released images of the upcoming Audi RS3 Sportback and Sedan. The official launch will take place in July and while no information on the cars was dished out, we expect the new model to usher in a new level of performance while retaining the popular 5-cylinder engine.

The outgoing RS3 model stood out as the most powerful hothatch on the market up until the launch of AMG’s A45 S. The 2017 facelift brought increased power to the 5 pot engine, a total of 395hp and 480nm of torque. This was a significant increase from the pre-facelift models that had an output of 362hp and 465nm of torque.

With the super hatch market leveling around the 400hp mark, we expect the new RS3 Sportback and Sedan to have an output within that range. 400hp on the lower end and 430hp on the higher end, 480-500nm of torque is expected.