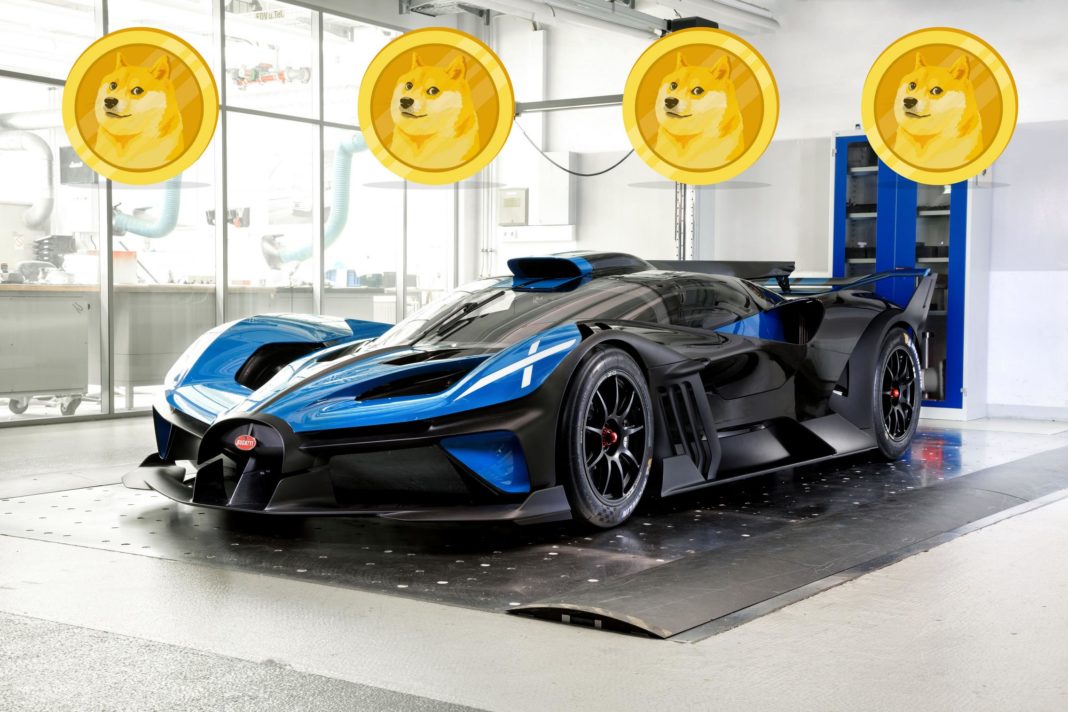 Dogecoin touched it’s all time highs in the first week of May, and among the first people to take advantage of that gain was a US-based supercar and hypercar collector. He goes by the username @cococulture_ on Instagram, and on 8th May he announced that he had sold 25% of his DOGE coins to order a Bugatti Bolide. The meme coin had been trading at highs of up to 0.724658 on that day before taking a dip a few hours later, with some people speculating that his major sale could have triggered the dip.

Obviously a DOGE whale, the collector decided to hold his remaining 75% for another winning day. His move comes weeks after Elon Musk called upon major DOGE whales to dump their coins in order to improve it’s overall health. He even offered to “pay actual $” to anyone who dumped their coins in a provable manner – and buying a Bugatti with Dogecoin is probably the biggest gesture towards Musk’s call. According to data collected by Dogecoin Rich List, one whale owns 28.7% of all Dogecoin, while the top 12 whales own 50% of all available DOGE.

The Bugatti Bolide is a track only hypercar from Bugatti inspired by race cars from 1920s and 1930s from the French car maker and most recently by the Bugatti Vision Grand Turismo. It even has the same height as a Type 35 and is rumored to be the last Bugatti powered by the iconic 8.0L W16 quad turbo engine. Bugatti has not indicated how many units they will build, and judging by their recent pricing strategy it could cost northwards of $10 million. The Centodieci costs $9 million, the Divo $6 million and the LaVoiture Noire $18 million plus.

READ: MOST EXPENSIVE CARS IN THE WORLD

Powered by the same W16 engine used on the Chiron, the Bolide has an increased output of 1.850hp and 1,850nm of torque. This results to an incredible power-to-weight ratio of 0.67kg per hp. Using simulations, Bugatti says the Bolide has a top speed of 500km/h plus and will lap the Nurburgring-Nordschleife in just 5:23.1 minutes.

To improve air flow, the roof scoop features the same design as a golf ball, incorporating dimples on the surface of the intake. These dimples are active and will open and close depending on the speed. They (dimples) will bulge out at high speeds and smoothen out at low speeds. 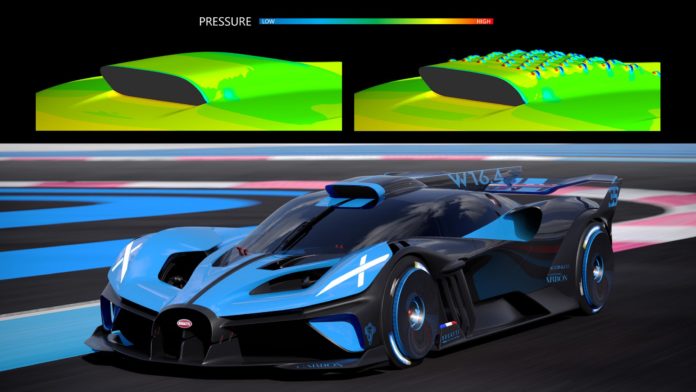