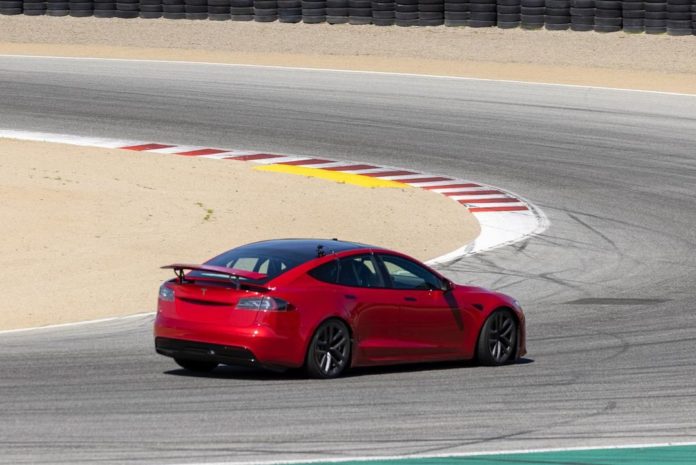 New images of the upcoming Tesla Model S Plaid/Plaid+ have emerged from Laguna Seca raceway as it undergoes its final testing phase. The images of the prototype have been accompanied by unconfirmed reports of a possible lap record of 1:30:XX minutes. This would make it faster that several supercars including the new Porsche 992 Turbo S, Ferrari F8 Tributo and the Lamborghini Huracan Evo.

The company says the Model S Plaid will be the quickest production car once its launched. Deliveries will begin in 2021 for the ‘regular’ Plaid version, while a long range Plaid+ version will be made available later in the year. This version will be priced from. $139,990

Pricing is quite enticing, $112,990 for a 1020hp super sedan with a 200mph top speed. This pricing aligns itself with the likes of a diesel S-Class, entry level Porsche 992, X5 M Competition just to name a few.