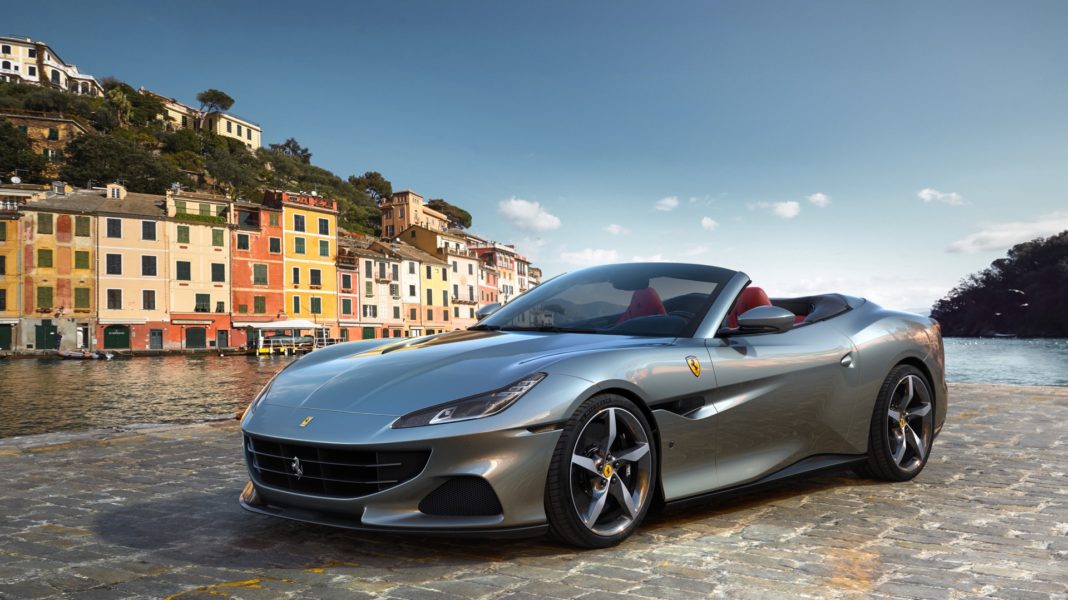 The Ferrari Portofino M has emerged from the Italian supercar giant today. The facelift evolves the entry-level Ferrari droptop to keep it honest.

The Portofino was first released back in 2017, at the Frankfurt Motor Show. Given that the recent Ferrari Roma shares its platform, it was inevitable that the droptop would receive a mid-life facelift. 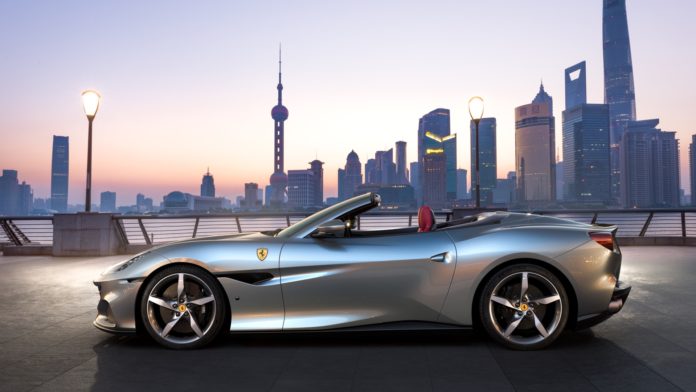 The key statistics for the Ferrari Portofino M facelift include:

– The ‘M’ stands for ‘Modificata’
– Ferrari have uprated the 3.9 litre V8 to produce 620 hp
– A particulate filter has been fitted to meet the upcoming Euro 6d emissions regulations
– A new eight-speed dual-clutch automatic gearbox replaces the old seven-speed box 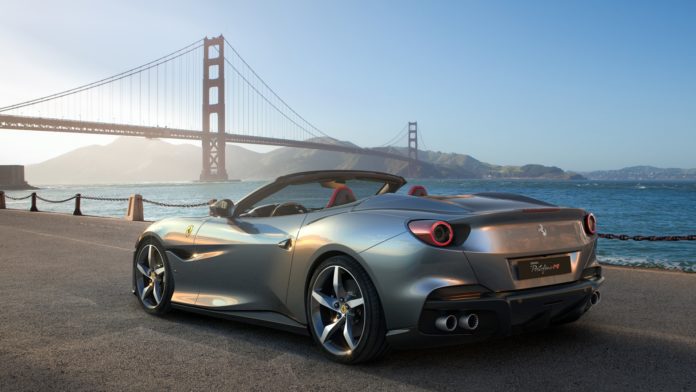 The modifications to the Ferrari Portifino M (which stands for ‘Modificata’) are most noticeable under the bonnet.

The power is routed through a new 8-speed gearbox, developed from the SF90 Stradale’s gearbox. Both are based on a dual-clutch oil bath architecture but the Portofino M uses longer gear ratios and a mechanical reverse gear.

The power is released through new cam profiles which increase valve lift and optimise the flow of fuel into the combustion chamber. A new speed sensor in the turbine housing allows the turbine to achieve 5,000 rpm.

The trade off is that a Gasoline Particulate Filter has now been fitted to comply with incoming legislation.

It should still carry its trademark Ferrari soundtrack thanks to the retained flat-plane crankshaft and a new exhaust system. In addition, both rear silencers have been removed.

The sixth-generation Side Slip Control (SSC) makes its debut in the Portofino M. It incorporates the (deep-breath…) E-Diff, F1-TCS, SCM-E Frs and the Ferrari Dynamic Enhancer (FDE). 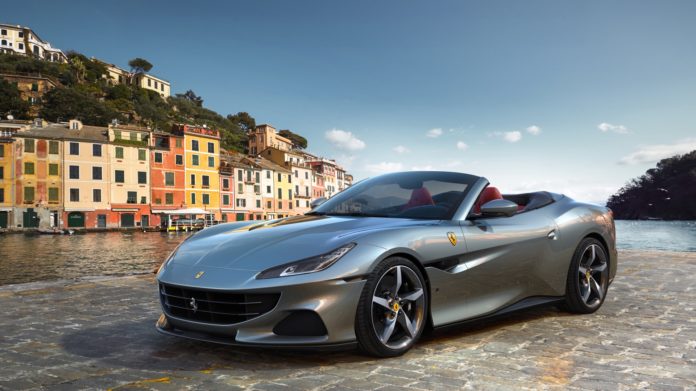 The external changes are minimal. They extend to a new grille design, aluminium slats with contrasting faceted tips. This sits in the middle of two larger side intakes.

At the rear, the removal of the rear silencers makes the rear less bulky. The rear diffuser has been completely redesigned and is now separate to the bumpers. The wheels are exclusive to the Ferrari Portofino M. 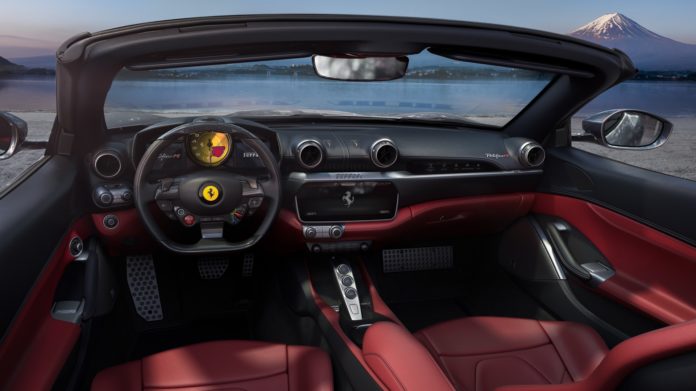 Aside from the addition of an M to the interior badging, there is little to show for the facelift inside the cockpit.

The centre-piece of the MMI system remains a 10.25” touchscreen. The passenger can also have an optional 7” colour full HD and Full Touch display.