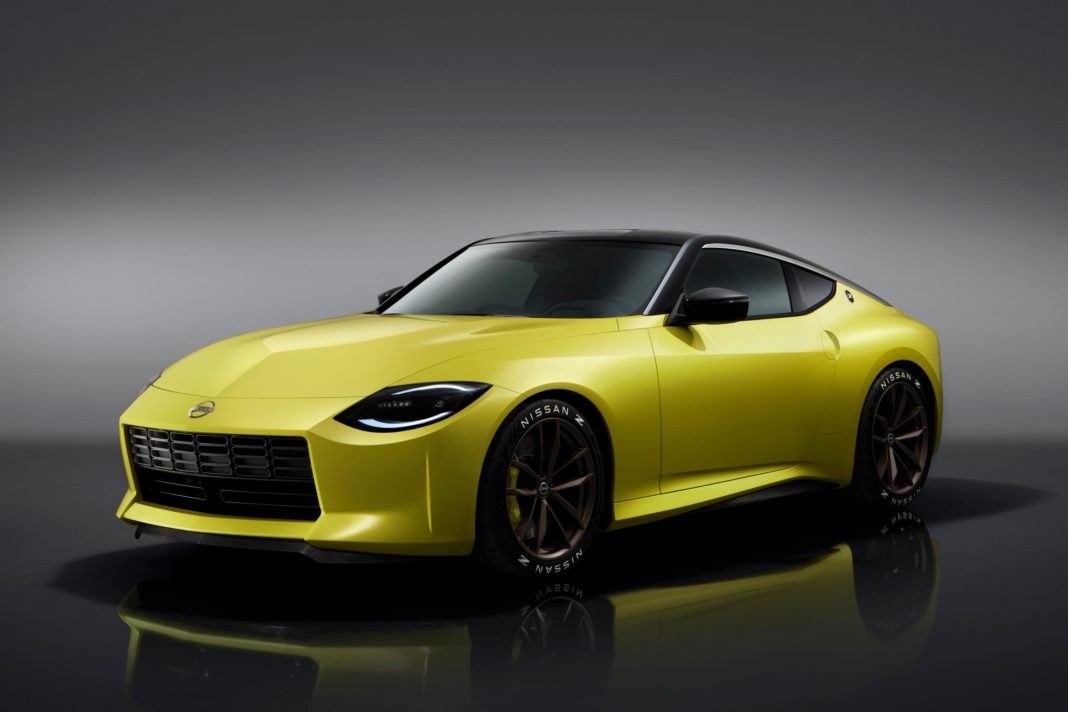 It’s been 51 years since the first of Nissan’s Z Cars, the Nissan Fairlady 240Z, made its debut. The current Nissan 370Z has been around since early 2009. Its long overdue replacement is previewed today by the Nissan Z Proto.

Revealed as a near-production prototype, the Nissan Z Proto has potential to morph into a new Nissan 400Z. The 400Z is widely expected to be the 7th generation Z Car. When released, it should compete with the likes of the Toyota Supra, taking us back to the 1990’s. 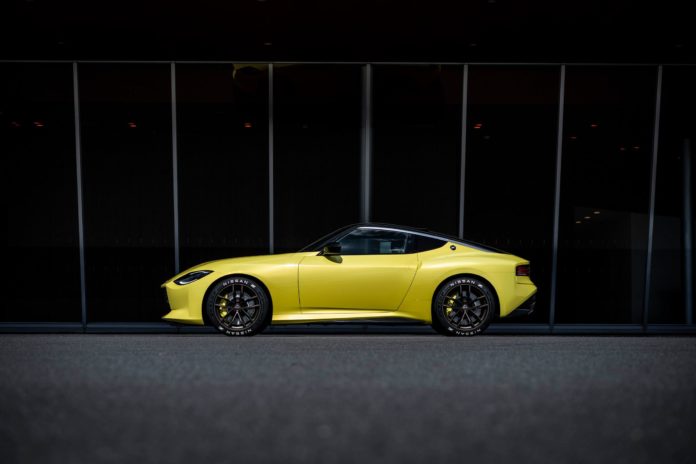 The most eye catching feature of the Nissan Z Proto is its bright yellow pearlescent paint. This harks back to the classic first-generation 240Z and the 300ZX. The paint scheme was a popular option on both models.

The design is fairly minimalist. The front air intake is one large black hole framed by a sharp front bonnet and front splitter. Either side, the Z Proto gets teardrop-shaped LED headlights.

The roofline flows from the nose to the squared-off rear to create a distinctive first-generation Z profile. The rear interprets the 300ZX rear lights for the modern era with a black frame and exhaust pipes similar to the outgoing 370Z.

The side skirts, front lower lip and rear valance are all produced from carbon fibre. The Z Proto uses a revised V6 twin-turbocharged engine mated to a six-speed manual gearbox. An automatic transmission will be optional with the production version. 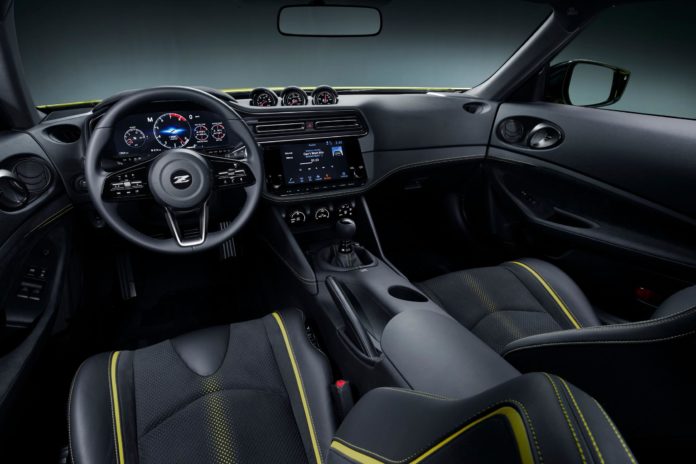 Inside, the Nissan Z Proto gets a 12.3-inch digital meter display, three analogue dials mounted to the dashboard and a deep dish steering wheel.

Otherwise, the Z Proto looks fairly modern inside. It arrives with plenty of leather trim, with what looks like alcatara and yellow accents.

Nissan Z Proto: What does the future hold?

The Nissan Z Proto is one of 10 new vehicles that Nissan is showing for the US in 20 months. Clearly, it hopes to revive its fortunes after falling on hard times in recent years.

This intense focus on the US market will mean that the eventual 400Z is unlikely to make it to European shores. For markets that will get the 400Z, the wait is likely to be in the region of 2 years.