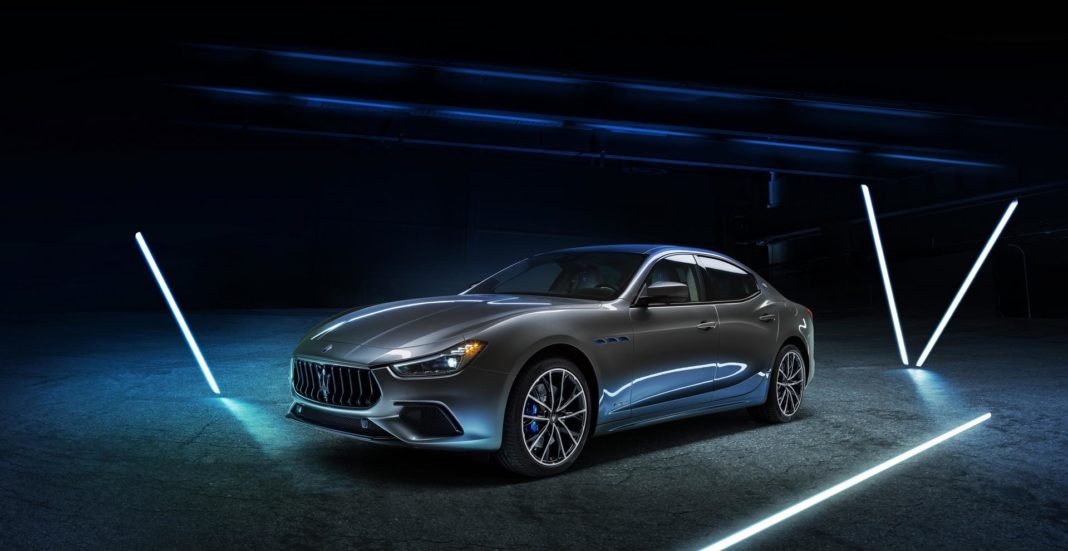 It’s easy to forget the Ghibli. In the UK at least, they are a rare sight on the roads. Maserati’s latest press release confirms it has sold 100,000 of them since 2013.

By comparison, BMW sold 107,000 5-Series in Europe, in 2013 alone. The Ghibli hasn’t sold in huge numbers, however, it has a certain subtle draw to it. With the addition of a Hybrid, Maserati has hopefully tapped into a profitable market.

The battery pack has been placed at the back of the car for weight distribution. It weighs about 80 kg less than the diesel model.

To distinguish the exterior, blue accents cover the side air ducts, the brake calipers and the thunderbolt on the rear pillar Maserati log. The same blue colour also appears inside the car, in particular on the embroidered seams of the seats. 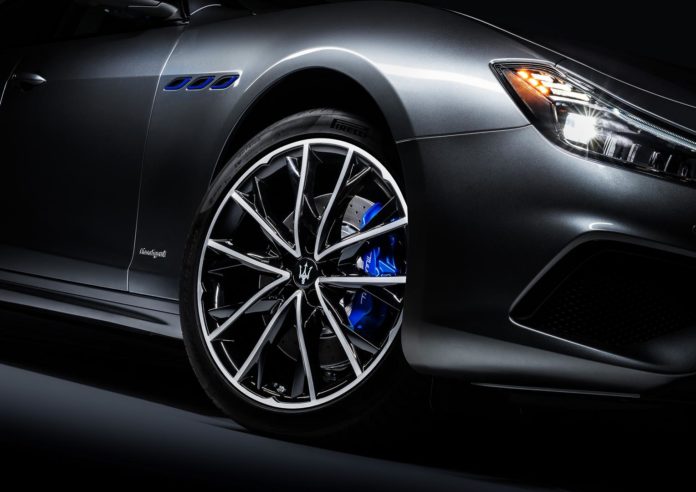 The Maserati Ghibli Hybrid includes a new front grille, with bars redesigned to represent a tuning fork. At the rear of the car, the light clusters have been completely restyled, with a boomerang-like profile inspired by the 3200 GT and the Alfieri concept car.

Pricing and availability have yet to be announced. Yet, the press release does confirm that Maserati’s first all-electric cars will be the new GranTurismo and GranCabrio, scheduled for 2021.