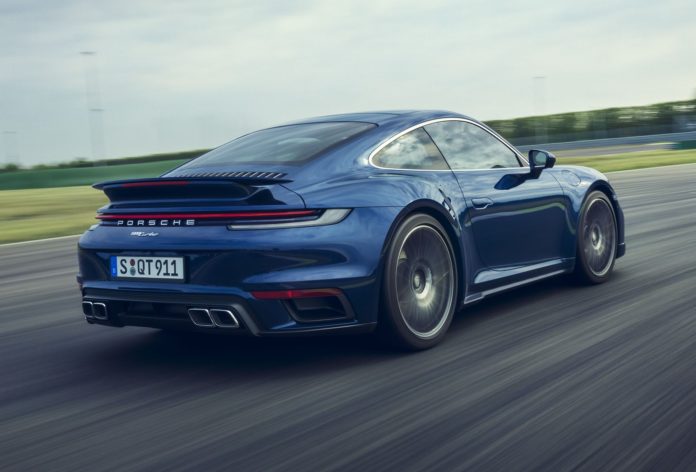 Hot on the heels of the 911 Turbo S, Porsche has revealed the ‘standard’ Porsche 911 Turbo.

Alongside its S counterpart, the Porsche 992 Turbo is one of the most anticipated models in the revamped range. The 992 Turbo makes such progress that acceleration, power and torque are on par with the previous generation 911 Turbo S.

Compared to the previous generation, the Porsche 992 Turbo gets a 40 hp power boost. In total, its 3.8 litre, six-cylinder boxer engine now produces 580 hp and manages a 100 km/h sprint in just 2.8 seconds.

Power is routed through an eight-speed PDK transmission. Options such as a sports or lightweight package, sports suspension and sports exhaust system are available for the first time.

Two new option packs are available. The lightweight package reduces vehicle weight by 30 kilograms, making use of light full bucket seats, the elimination of the rear seats and reduced insulation. 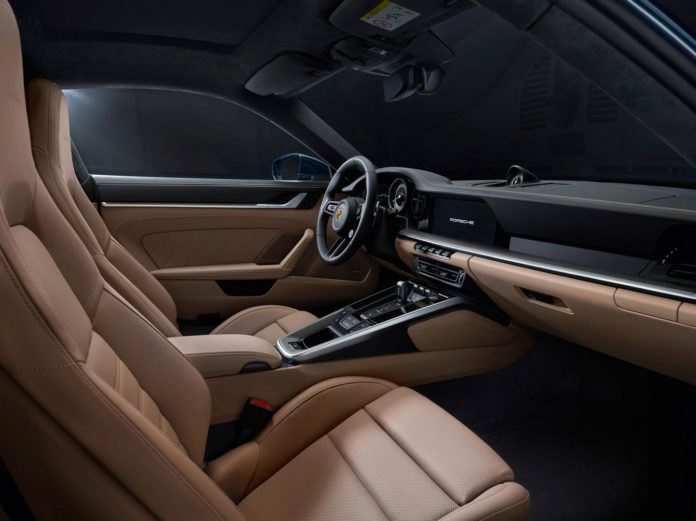 The sport package includes the sport design package as well as other applications in black, carbon elements and an exclusive rear light design.