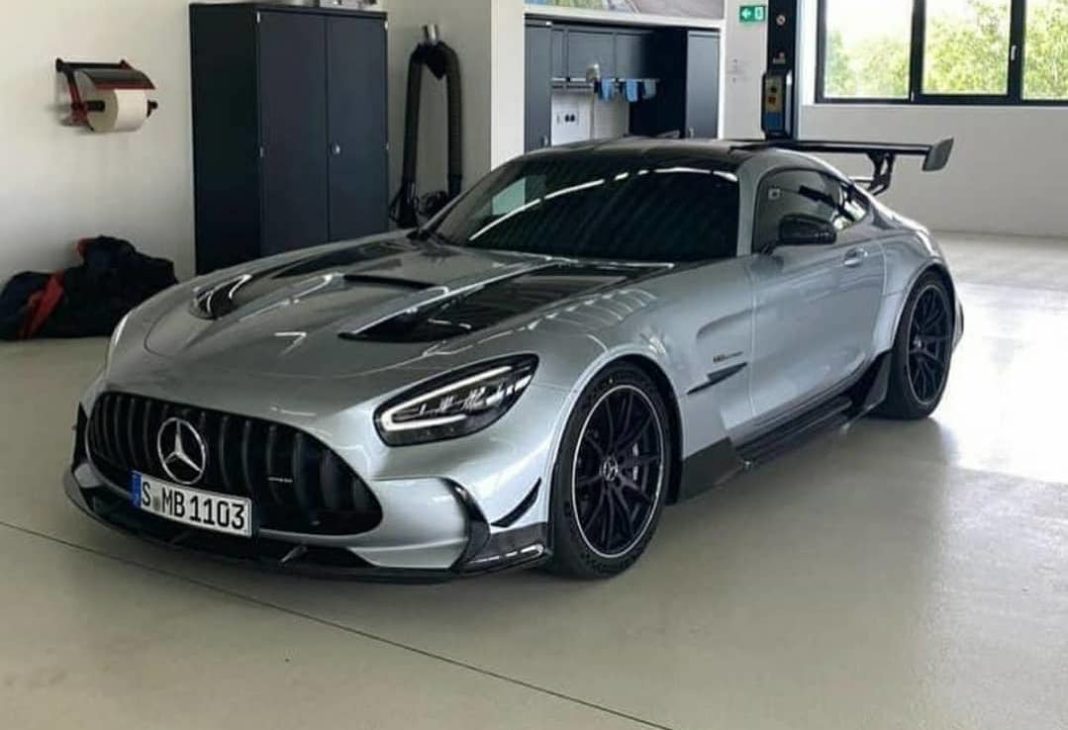 Positioned above the Mercedes-AMG GT R Pro, the Black Series will be the most extreme version of the AMG GT to date.

The leaked Mercedes-AMG GT R Black Series photos show extensive modifications to the wide-body of the supercar. Starting from the rear, the Black Series gets a new rear diffuser with rear wheel vents sitting either side of massive quad exhaust tailpipes.

The twin rear spoiler looks adjustable in the photos with an interesting mount which sits towards the central of the rear end. The rear boot lid is also replaced with a more distinct lip than any other GT model.

The sides include a new skirt and a new front wheel vent. Towards the front, the bonnet is all-new, incorporating carbon fibre accent panels and a set of fender vents to cement the extreme new look.

The front bumper has a comprehensive redesign too with a new grille, deeper front splitter, carbon fibre flicks and a set of canards.

Its not clear if the dual tone finish is the release colour, or whether the parts are exposed to show where Mercedes-AMG has made modifications. Regardless, it seems clear that we weren’t supposed to see the finished product just yet.

What else do we know about the Mercedes-AMG GT R Black Series? 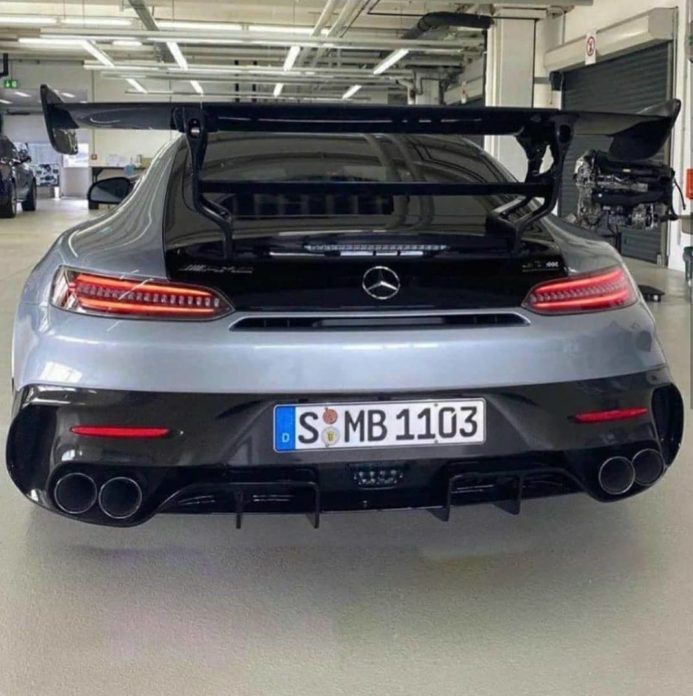 What these leaked Mercedes-AMG GT R Black Series don’t confirm is what hides underneath. It’s almost certain that the 4.0 litre V8 will receive some work. Reports in other publications have confirmed that the tune will likely push power up to 720 hp and 850 Nm of torque.