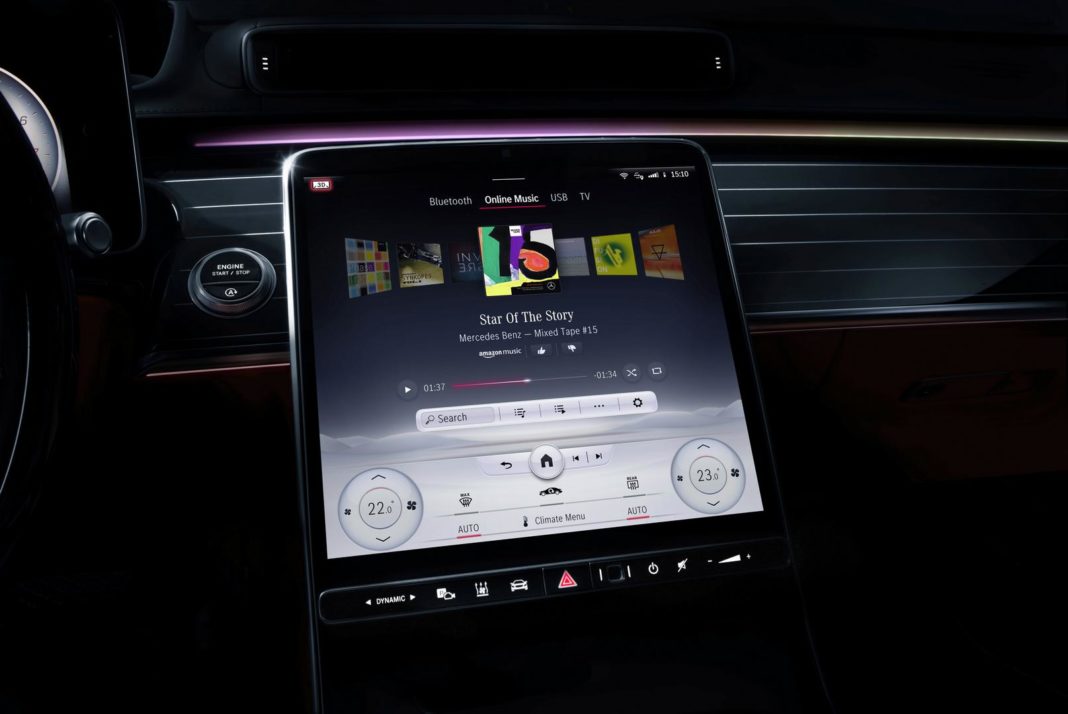 The next-generation Mercedes-Benz S-Class was shown for the first time yesterday. The German manufacturer revealed its latest S-Class interior, setting out full details of the innovations we should expect from its MBUX infotainment system.

The second generation MBUX system will be the centre-piece of the Mercedes-Benz S-Class interior. It seems quite special. The cabin will be packed with digital screens to start with.

The driver will have access to two of these, the traditional dashboard digital screen and a 12.8-inch OLED touchscreen, taking a leaf from Tesla’s book by replacing all of the buttons.

Rather than hiding away important functions such as climate control in complicated menu structures, the Mercedes-Benz S-Class interior will feature a digital version of the displays you might recognise from S-Classes of old.

The digital dashboard gets a variety of themes; Discreet, Sporty, Exclusive, Classic. Mercedes-Benz has been working on a 3D system which uses a special pixel structure and a controllable LCD aperture grille to make it seem like you are wearing 3D glasses.

Rear seat passengers are treated to three screens, each running their own MBUX systems. 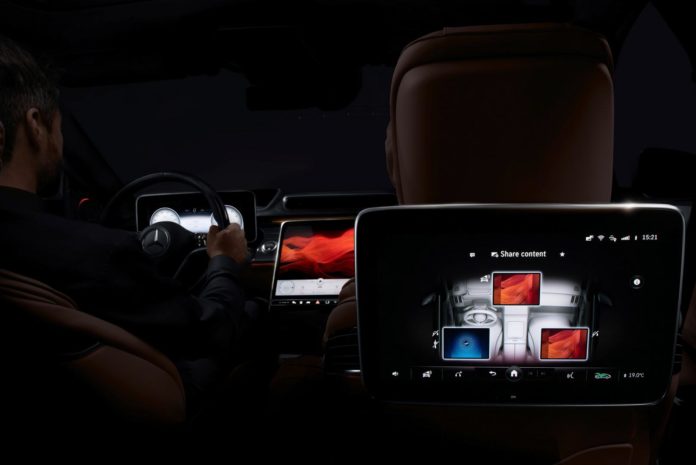 As you would expect, MBUX is pretty well integrated with the Mercedes Me app. Drivers can scan a QR code in the car which then adjusts all of the settings to the driver’s personal preference.

Facial-recognition tech has improved for the next-gen Mercedes-Benz S-Class. Using cameras in the overhead control panel, it now recognises your intention to leave the car, pre-warning you if there is an oncoming car or cyclist.

An industry first, as far as we are aware, is the augmented reality that the S-Class works into the heads-up display. It projects helpful information onto the windshield which then appears on the road ahead.

The “Hey Mercedes” voice recognition system is also said to be improved for the Mercedes-Benz S-Class interior. Recognising 27 languages and learning from its owner at the same time. Indirect speech also works, for example, the system would increase heating if the user were to say “I am cold”.

The Next Generation Mercedes-Benz S-Class 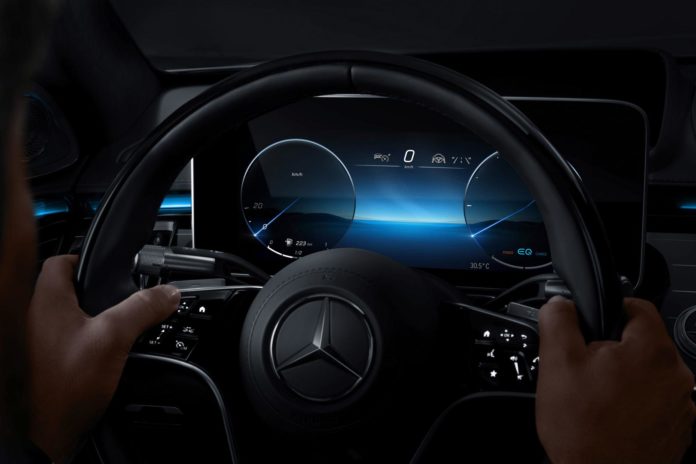 The S-Class has always been the last word in refinement. The ultimate in luxury, it normally sets the tone for the rest of the market for the next 5 years.

This time, things might be a little different though. The automotive market has developed quickly towards autonomous and electric performance. It remains to be seen whether Mercedes-Benz will pioneer that work.