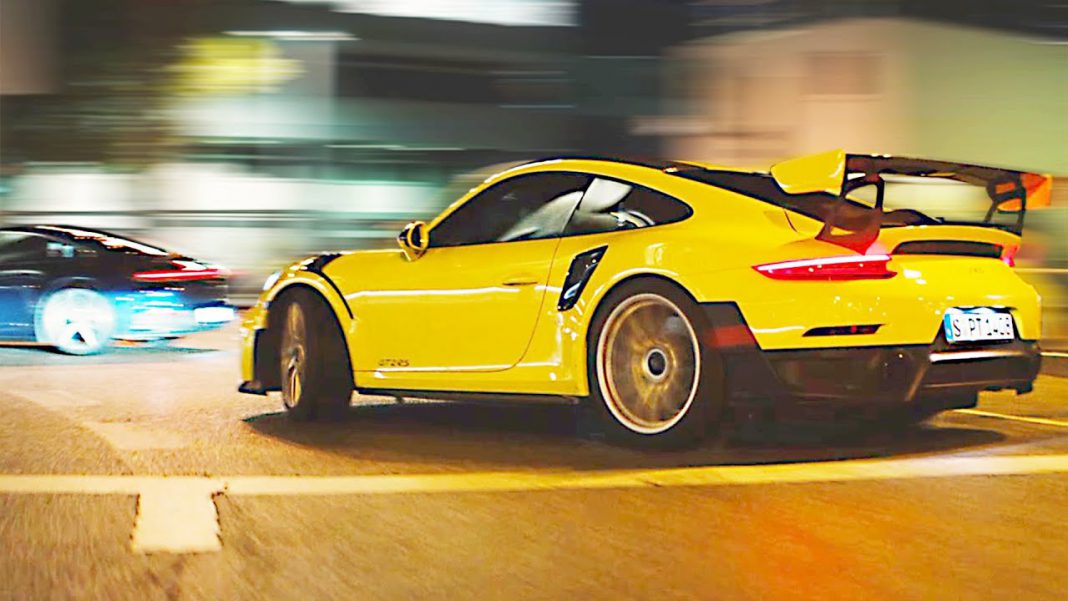 An early preview of Porsche’s superbowl advert, due to air at this weekend’s NFL centrepiece, has provided what is believed to be an early glimpse of the upcoming Porsche 992 GT3.

The brief image is displayed as a background to a single shot. It shows a 992 generation Porsche 911 with a rear spoiler, leading many to believe that Porsche is teasing its highly anticipated RS model.

The advert is Porsche’s first advertising attempt at the Super Bowl since 1997. It promotes the new Porsche Taycan, using heritage models such as the Porsche 918 Spyder and the Porsche 917 to do so. The surprise comes at the 43-second mark, when two of the commercial’s characters are fighting over a yellow 911 GT2 RS.

In the background, it’s clear that the 992 on the storage racking includes two GT3 characteristics; a large rear wing and centre locking wheels.

The Porsche 911 GT3 is expected to make its debut later this year, after the release of the Porsche 911 Turbo (which we expect at Geneva next month). Test mules have suggested that it will retain the 6 cylinder powertrain. It is also expected to arrive with a choice of automatic and manual transmissions. 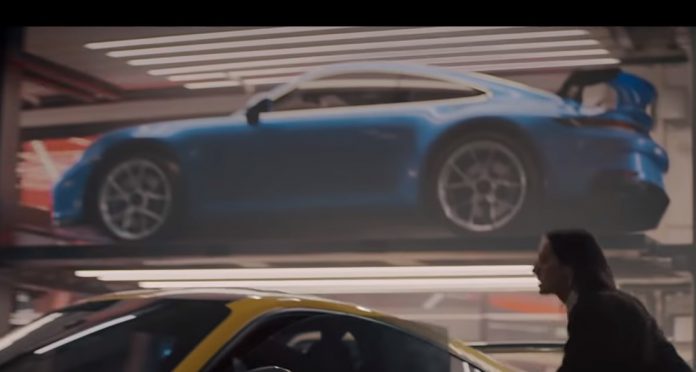