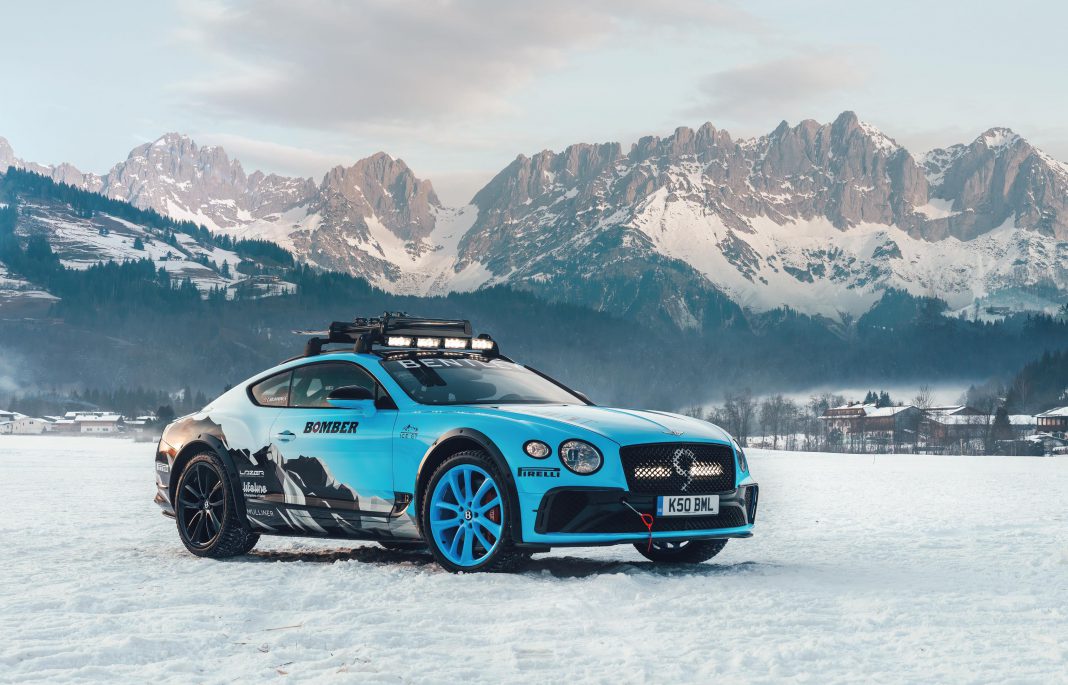 Earlier this week, Bentley teased a photo of a modified Continental GT. The car sat on ice with multiple design additions and jacked suspension. Bentley has now released full details of its one-off Continental GT which has been prepared to compete at the famous GP Ice Race in Zell am See, Austria.

The special Bentley Continental GT will be piloted by Bentley’s first female racing driver, Catie Munnings. Bentley have a history on ice. The Continental GT set Ice Speed Records in 2007 and 2011. The Ice Race Continental GT hopes to emulate that success.