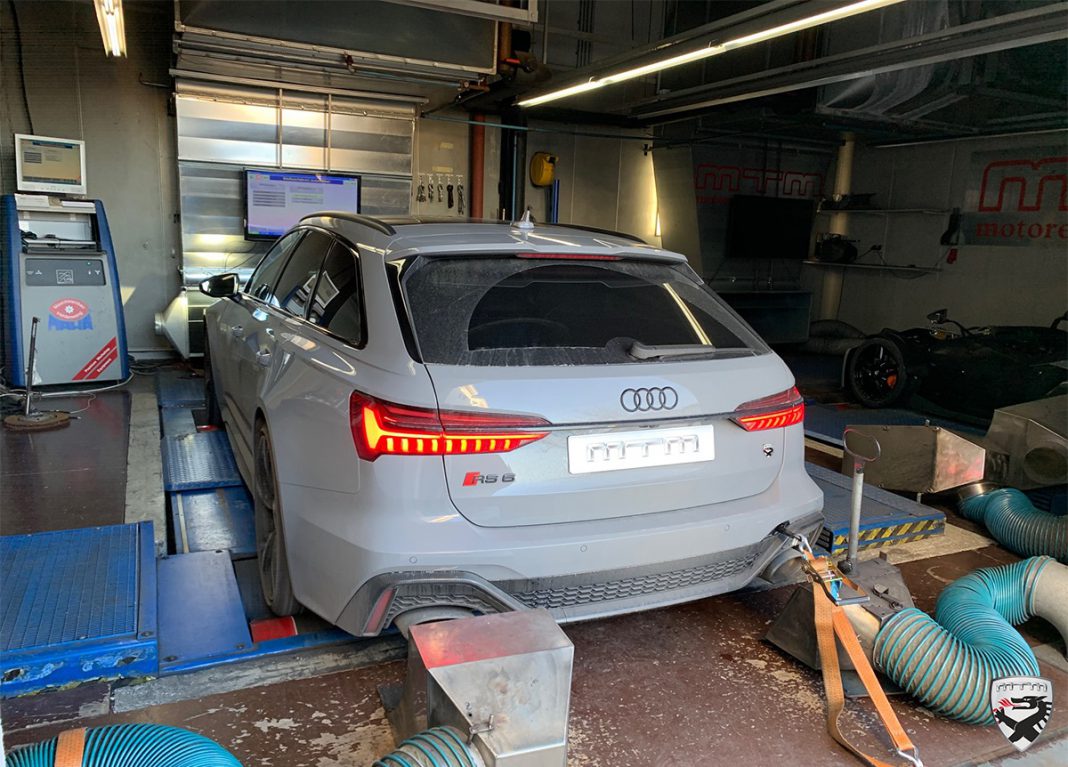 The Audi RS6 Avant is sure to be centre stage for many Volkswagen group tuners this year. The powertrain used by the Audi RS6 Avant underpins the RS7 and RSQ8 too, meaning that any package created for the RS6 should be possible to repeat on the rest of the range. HGP are the first to announce the results of its tuning.

HGP’s package for the Audi RS6 Avant includes a small selection of upgrades which, together, account for an increase of 186 hp over the standard model. They range from an ECU tune, including the removal of the limiters, to a new air filter box, new suction hoses, a new intake manifold and TUV certification.

The upgrades are non-destructive, meaning that a dealership should be able to continue to read diagnostics. The cost for this early kit is a staggering €8,900 including VAT with a further €1,000 including VAT for installation.

Alongside the claimed horsepower increase, up to 786 hp. HGP also report an increase in peak torque, up to 1,061 Nm.

MTM has also been working on its early stage 1 package. MTM reports that it has hit 783 hp and maximum torque of 1030 Nm. It has released performance figures, including 0 to 100 km/h in 3.1 seconds and 200 km/h in 9.8 seconds. The photos come from both HGP and MTM’s tuning efforts.