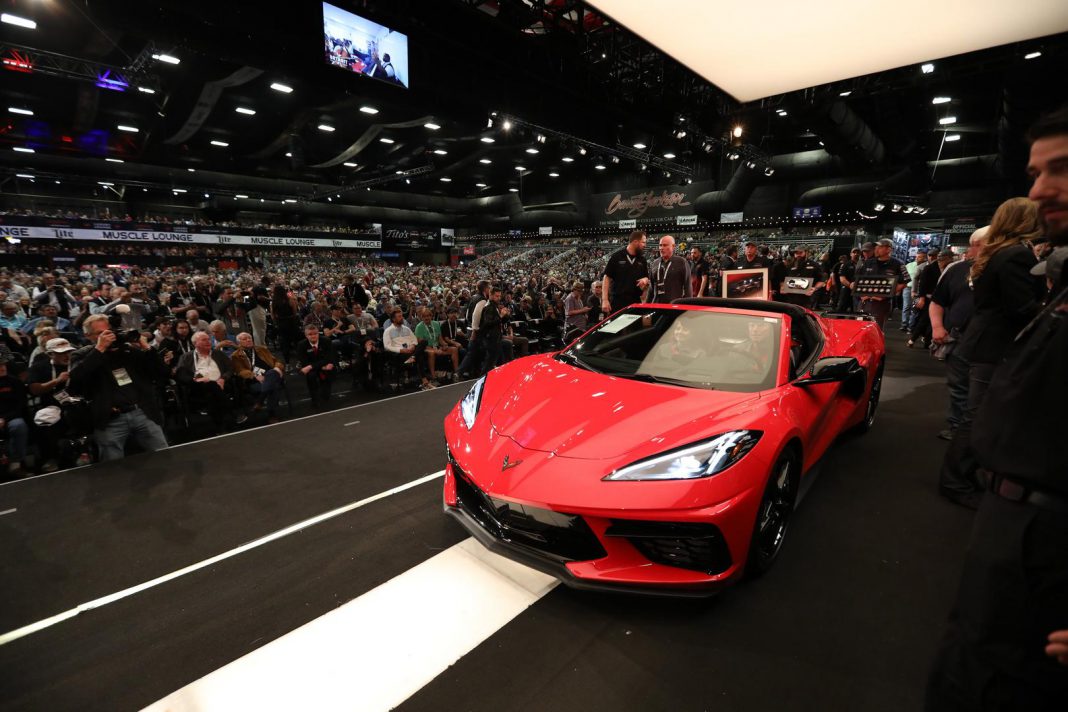 There is a fine, modern-day tradition of auctioning off the first example of any new-release American muscle car. Despite a significant change in the style and design of the Corvette C8, this tradition has not changed. Last weekend saw the first Corvette C8 cross the Barrett-Jackson auction block, raising $3 million to support a worthy cause.

American manufacturers often use big auctions for an act of philanthropy. In this instance, Chevrolet offered one of the very first C8 Corvettes at Barrett-Jackson’s Scottsdale Auction. It was expected to hit a high sale price. This is, of course, the first mid-engined Corvette. Nobody expected it to hit $3 million though! 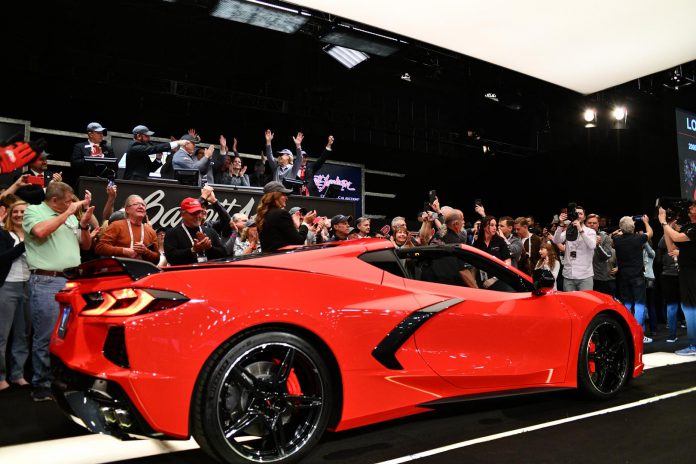 The winning bid was placed by the usual candidate, Rick Hendrick, founder and CEO of Hendrick Companies. It will join his massive collection of over 200 American muscle cars, many of which were bought at auction as charity lots, in a similar fashion to the Corvette C8 last weekend.

The money will go to the Detroit Children’s Fund which will use the proceeds to fund comprehensive school interventions as well as to recruit, develop and retain leadership and teacher talent. 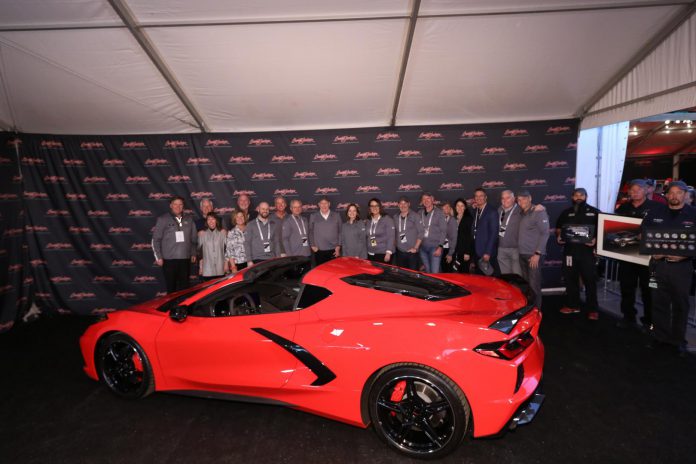 The car itself is VIN #0001, the first mid-engine Corvette, finished in black-on-black in 3LT trim with the Z51 performance package. Without options, a C8 in this spec should cost around $76,495. For that, you get a mid-engine supercar with a 6.2-litre V8 LT2 engine producing 495 hp and 637 Nm of torque.