Alex Roy and Dave Maher beat the transcontinental record by setting a coast-to-coast record time from New York to Los Angeles of 31 hours and 4 minutes in the Team Polizei BMW M5 in october 2006. They kept it a closely guarded secret for a bit more than a year but this morning Jalopnik suprised us with a story on the succesful attempt to break the record. Multiple coast-to-coast records exist especially from runs held in the ’70s and ’80s. The most recognized record is 32 hours and 51 minutes set during the 1979 Cannonball Run. A less recognized record of 32 hours and 7 minutes was set by David Diem and Doug Turner in a Ferrari 308 during the 1983 US Express Run. More recent Bullrunners Richard Rawlings and Dennis Collins claim to have set a record time of 31 hours and 51 minutes during the Bullrun this summer. Some of the records have never been vailidated, one of the things Alex Roy kept in mind when he masterplanned his attempt into great detail. Multiple witnesses, toll booth receipts, video footage, numerous photos and GPS tracking must provide enough information for the world for proper validation of their new record.

Alex Roy and Maher go back to 2003 when Alex selected Maher as his co-driver for the Gumball 3000 from San Francisco to Miami. A large number of road rallies and driving events later Alex Roy aimed for the real thing, the transcontinental record. Alex Roy wrote the full story of his record attempt in his memoires: The Driver. Available in the United States and on sale online from tomorrow morning! 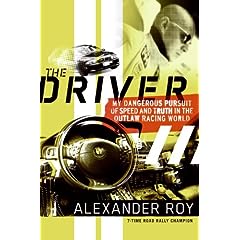 To give you an insight in what made it possible to break the record watch this video, is that one equipped bimmer or what?!

As the story unfolds we will bring more updates and the recorded evidence from the transcontinental record of 31 hours and 4 minutes set by Alex Roy and Dave Maher in the trusted Team Polizei BMW M5. On our behalf congrats to Alex and Maher and all the others involved for breaking the record and achieving a piece of history!