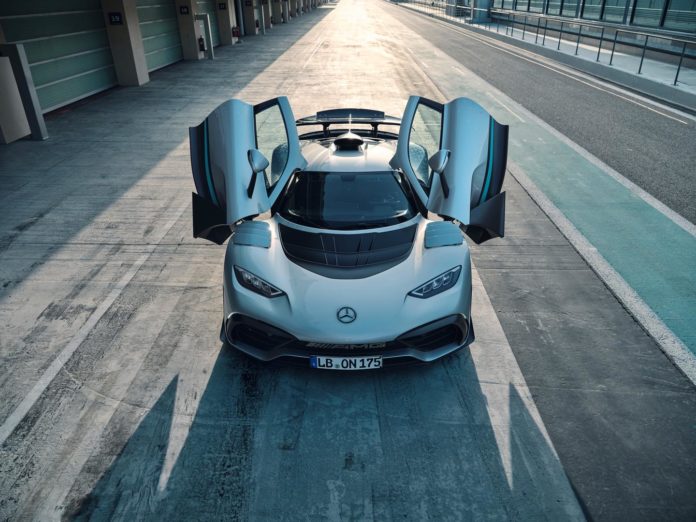 It’s been 5 years since the Project One was revealed to the public at the Frankfurt Motor Show, and a lot has changed in those five years. But after developmental delays and challenges in meeting regulations, AMG finally unveiled the AMG One in final production form. It is indeed an F1 car for the road.

Everything they have learned through Mercedes-AMG F1 in Brixworth was applied on the AMG One. But despite the knowledge and experience, the challenges to make an F1 car road legal were just too much. As a result, the car will only meet road legal requirements in Europe, buyers from the USA will once again have to acquire show and display license just as they did with the Monza SPs. Not the best news especially since they already paid a first deposit amounting to 595,000 euros.

So then, was it worth the wait? Well, for now we can only look at the given numbers as we wait for actual test drives.

Mercedes-AMG ONE Specs and Pricing

There is no denying those are some very impressive numbers, but are they worthy of an F1 car for the road? Good question.

The truth is if you look at the numbers alone they come out as a little underwhelming, that’s because we have seen these numbers from lesser cars and more so, we have seen better numbers from hypercars 10 years ago. The SF90 which costs 365,000 euros does 0-100 km/h in 2.2s and a very quick Fiorano lap time, quicker than the LaFerrari. Then there is the 992 Turbo S, the 10 year old 918 Spyder and a few more cars with impressive numbers both on track and elsewhere.

Which then begs the question, with series production sports cars putting down hypercar performance numbers, what else is left to justify the pricing of hypercars other than exclusivity? Especially at a time when emissions regulations are unifying the playing field with regards to powertrains.

Perhaps there is an answer to that already, niche hypercar makers are on the rise and more collectors are opting to go that route.

Gordon Murray, Apollo, Pagani and more, these manufacturers are now more than ever focusing on pure engine driven cars. A V12 hypercar with a manual transmission is a gem these days, and that is why Gordon Murray sells out immediately regardless of the insane price. Nobody will care if a 992 Turbo is quicker than a V12 manual hypercar, there is a night and day distinction between those two.

Back to the ONE. The AMG One weighs almost 1,700kg which is expected from a hybrid vehicle, and until there is a breakthrough in battery technology weight will always be an issue. When it comes down to the looks, I do think the AMG One looks better than anything else out there. Gorden Wagener and team didn’t miss out on a line, it’s a proper tribute and worthy successor to the CLK GTR.

The full carbon body sitting on a carbon fiber monocoque does the most to keep the weight down. The whole design along with the mid-engine setup creates downforce from as low as 50km/h…quite impressive.

Lots of aerodynamic elements all round, active flaps on the front diffuser let in air which is guided through the hood vents and again through the active louvers on the wheel arches. 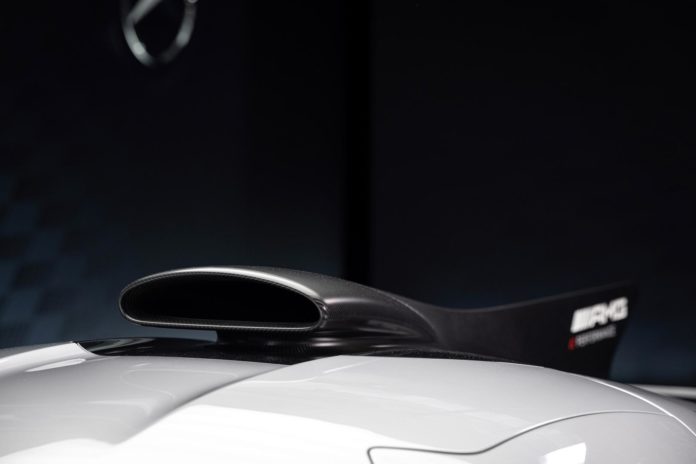 The F1 style roof intake is the highlight of the aerodynamic design on the AMG One, all part of increasing downforce. Two carbon fiber engine covers fitted with NACA ducts also play part in guiding the air flow.

The two piece rear wing has an adjustable flap and is part of the active aerodynamics. Speaking of which, the chassis can be lowered at the front and rear hydraulically. 37mm at the front and 30mm at the rear. The front axle lift can be activated when in Road mode to avoid rubbing on speed bumps.

You have DRS just like on a F1 car, once activated the rear wing retracts completely and the louvers on the wheel arches close. Downforce is reduced by about 20% and the AMG One can hit higher top speeds quicker. DRS is deactivated automatically once the driver brakes or lets off, it can also be deactivated manually.

The interior embraces a minimalist race car approach. You have an F1 style steering wheel with shift lights and a rear view screen guided by a rear mounted camera since there is no rear windshield. You still have A/C and electric mirrors, two 10 inch infotainment screens and some other necessities. It’s a very race car interior. 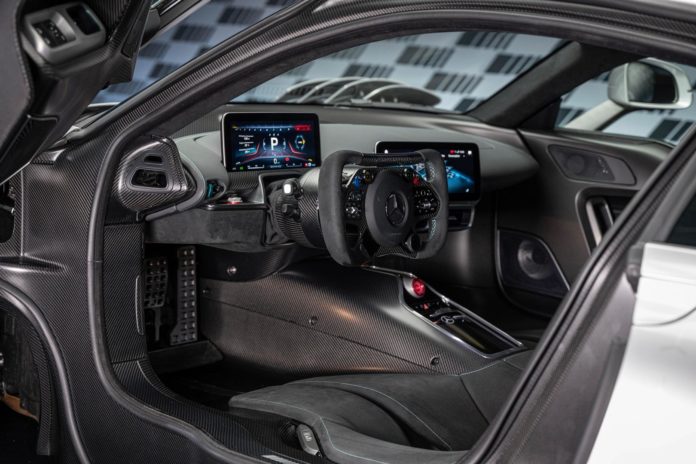 That said, the AMG One is clearly built for the track and while the numbers may be surprisingly shy, it could become a force to reckon with when its full nature is unleashed on a race track. We won’t know for sure until the first test drives are completed.