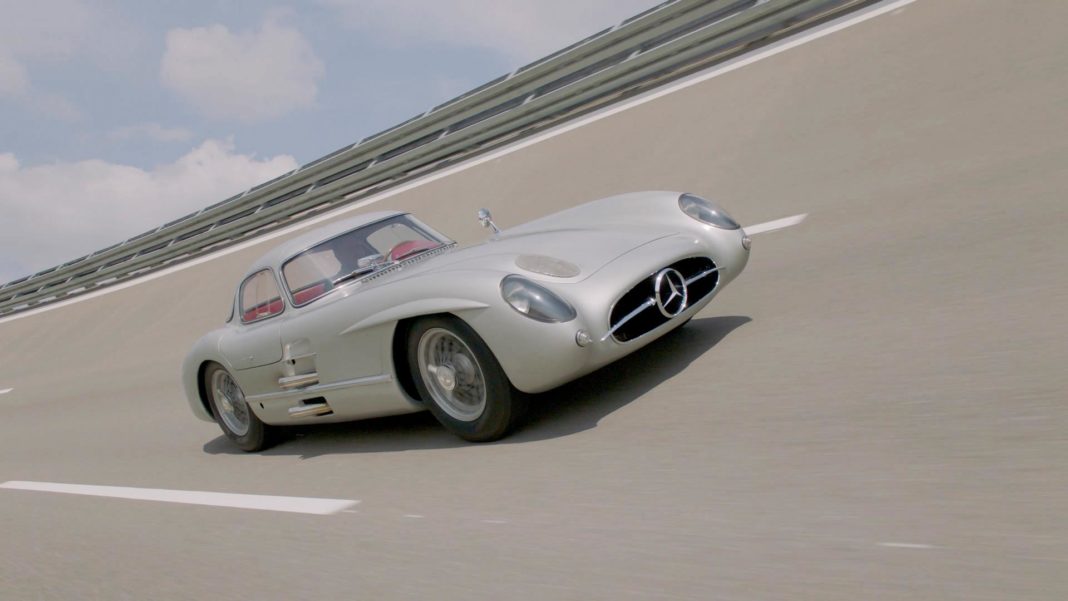 A few days ago, we confirmed our initially rumored story about Mercedes-Benz selling one of their precious museum toys, the 1 of 2 Mercedes-Benz SLR 300 Uhlenhaut Coupe. The car was sold through a private auction by RM Sothebys, the winning bid was won by Simon Kidston, a high end car broker based in Switzerland. No further details regarding the end buyer were released.

But we have now received a fresh set of rumors regarding this secret buyer, according to our source the car was bought by Sir James Arthur Ratcliffe the British billionaire mostly known for chemical company Ineos. He is among the most richest people in Britain with a net worth of more than $28 billion.

Mr. Ratcliffe is not new cars, he has his own car company which aims to produce a continuation of the original Land Rover Defender cars. The new car is called Ineos Granadier and is powered by BMW engines, the tooling tool was bought from Land Rover.

Perhaps the most suggestive clue regarding his purchase of the SLR 300 Coupe is the fact that he holds a very close relationship with Mercedes-Benz. He owns a 1/3rd of the Mercedes-Benz F1 Team and his company Ineos bought the Smart factory in Hambach, France from Daimler in 2020. That factory will produce the Granadier cars.

Part of the terms of purchase agreed upon between him and Mercedes-Benz state that he has to avail the SLR 300 Coupe at various shows when needed. The Mercedes-Benz 300 SLR Uhlenhaut Coupes were two cars built from the nine rolling chassis of the 300 SLR race cars. They were named after their designer Rudolf Uhlenhaut.

One Uhlenhaut Coupe is stored one of Mercedes-Benz’s eleven car vaults while the other is publicly displayed at the Mercedes-Benz Museum. We suspect the former is the car that was involved in this particular sale.

Why Did Mercedes-Benz Sell this Museum Piece?

It’s still unclear why Mercedes-Benz would agree to a sale involving an extremely rare piece of history, but we have a few theories. Of course there was an official explanation stating that they did so in order to fund young scholars in matters concerning climate change. Mercedes-Benz is not short of cash and they fund numerous causes around the world, they could have created the same scholarship fund without proceeds from a historic car sale. While the 300 SLR Uhlenhaut Coupe may not be the Monalisa of cars, it sure does come close to being one. So then, why sell it?

1. Mercedes and Ratcliffe have something bigger going and the 300 SLR Coupe was just a bargaining chip

With the stakes that Ratcliffe holds at Mercedes-Benz F1, there could be more deals going on in the background and the 300 SLR Coupe was just a means to a score for both parties.

Mercedes-Benz just announced that they will be scaling down on cheaper models, they want to maximize profits by selling fewer higher end models or rather expensive cars. Model lines like the A and B classes will be trimmed down to the bare necessary, perhaps AMG models only. While this sounds drastic, it will raise their status in the car market.

Mercedes-Benz has watched Ferrari’s valuation of both race and road cars soar year by year. The Ferrari 250 GTO has broken numerous sales records, with one selling for up to $80 million. By smashing Ferrari’s records with one major sale, Mercedes-Benz is setting a precedent for their future exclusive cars. It’s a very long, long game, but they have nothing but time.

3. This is just the beginning

The world is changing and the climate change agenda is now more than ever being used as a sales and marketing tool by many car makers. Customers are being swayed away by car makers who show the most concern about the environment. Even though the adoption of electric cars is yet to be fully implemented across the world due to various challenges like infrastructure, it’s the thought that counts.

Funding environmental causes and killing off big combustion engines one by one is a good way to show support alongside everyone fighting climate change. Selling off expensive ICE powered cars for non profit means and funding environmental studies, this is the grandest gesture. If that’s the case, we should expect more sales of similar heritage vehicles by Mercedes-Benz.