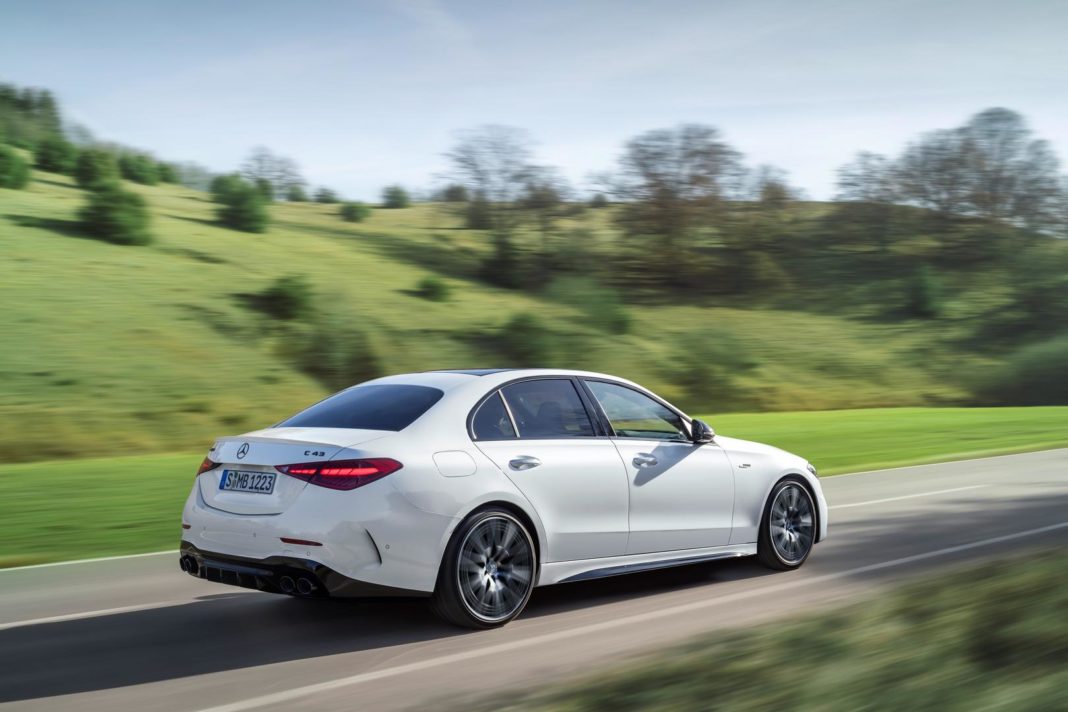 First AMG in the W206 C-Class family, ushering in a new era of 4-cylinder AMG models in the c-class range. The C43 ditches the V6 Biturbo from the W205 era for a new 4 cylinder turbo engine that launched on the A45 S AMG, the M139.

However, on the C43 this engine comes with an electric turbo, something borrowed from Mercedes F1. This is the second car after the 2023 SL43 to use this setup, and ultimately the first mass production engine to use an electric turbocharger in the world.

A few weeks ago when the SL launched we reached out to AMG for some questions on this new engine. We discussed the following:

1. A45 S engine vs SL43/C43 engine, what is the difference?
Answer: Same engine, only difference is the A45 S has a regular turbocharger while the SL43/C43 have a new Garrett e-Turbo.

Worth noting that in the SL43, this engine is mounted longitudinally, as is common with Grand Tourers, but on the C43 and A45 it is mounted transversely. The latter allows for more cabin space and is less complicated.

2. How does the e-Turbo work exactly?
Answer: Basically you have a 48v mild hybrid electric motor like the one you find on new cars, but instead of powering stuff like the air conditioner, here the 48v electric motor powers the turbo. This motor is only used to spool the turbo before the exhaust gasses take over, what this means is you have no lag like on a regular turbo. You step on it and gain an instant boost.

3. What does this mean honestly?
– no lag
– you can finally mount a big turbo to tap the full potential of your engine without worrying about lag
– fewer supporting mods for bigger turbo
– with a regular turbo, you lose a lot of energy through the exhaust pipes in form of heat and so on, with an e-Turbo, the turbo will keep on spinning even after you step off the accelerator, harvesting energy for the 48v electric motor. That energy will then be used when you step on it again and need to boost. The cycle goes on.

4. Will this new setup (4 cylinder e-Turbo) be compatible with a hybrid in future?
Answer: yes it will using the E-Performance technology.
– This answers our main question, that the next C63 will indeed get the C43 AMG engine but with an electric motor, becoming a full plug-in-hybrid.

Also worth mentioning that the C43 is now a proper AMG, the engine is built under the one man one engine principle unlike the V6 from the previous generation. It is one of the reasons why an A45 S is vastly different from an A35 AMG, the 45 uses a fully built AMG engine with a rotated block and turbos. The A35 on the other hand uses a regular A class engine built and finished by Mercedes.