Home Car News Morgan Plus 8 GTR: Most Powerful Morgan Limited to 9 Cars Only 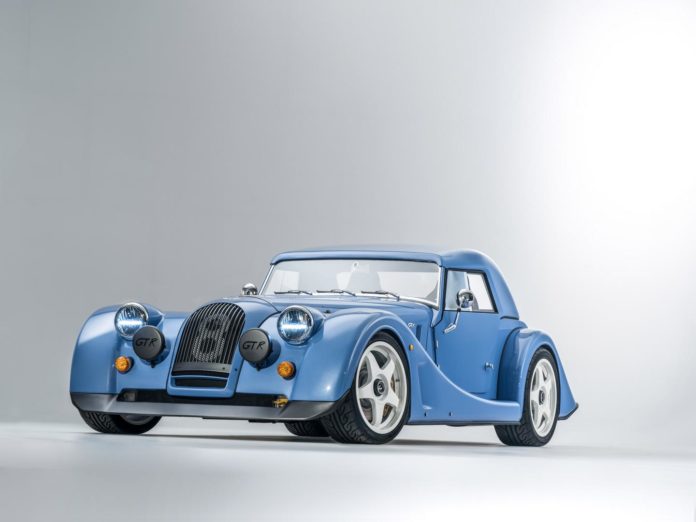 Morgan Motors Company officially completed its first Morgan Plus 8 GTR model. The vehicle was built at the company’s factory in Malvern Link, Worcestershire and is currently the most powerful car in the company’s history at 375bhp.

The new model has been finished in Yas Marina Blue, the first example recalls the original design sketches which pay homage to the nineties Plus 8 race car ‘Big Blue’ and the model will be limited to only nine units globally.

The remaining eight units are still under production and will be completed by the first quarter of 2022. Additionally, the models will be built with different configurations of transmission and drive side according to customers requirements and five of the eight units will be exported globally.

The performance upgrades include a new engine tune as well as a cannon-style twin-exit sports exhaust, these improvements further enhance the throttle response and increase the output power over the previous Plus 8.

The new Plus 8 GTR has been finished in a unique high shoulder line design. The vehicle also features a set of five-spoke centre-lock wheels similar to Morgan’s 1990s Plus 8 race cars, a revised rear end, front splitter and front wings all handcrafted using aluminium. Additionally, the vehicle has also been fitted with a hard top with cockpit vent, an aesthetic inspired by race.

The interior of the new model features new door cards to fit the high door tops, bespoke GTR dials and carbon fibre racing seats and harnesses as optional. Each GTR unit is fitted with a plaque denoting its number in the build sequence.

The design of the new GTR was inspired by the 1990’s Plus 8 race car ‘Big Blue’, the car has been used to test Morgan’s first bonded-aluminium chassis which goes on to support the Aero 8 and ‘Aero-chassis’ Plus models. Each Plus 8 GTR is handcrafted using traditional coachbuilding techniques.

The new model is Morgan’s second special project from 2021 after the Plus Four CX-T.