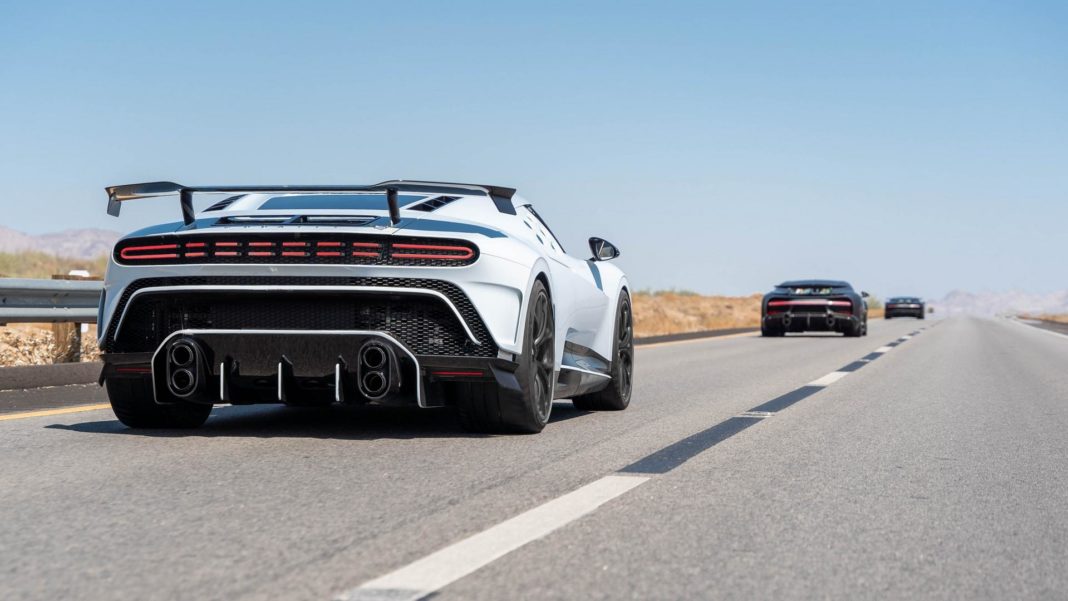 Bugatti has dedicated a team of 27 engineers to test the limited edition Centodieci in extreme weather conditions in the USA. The model will undergo cold-climate testing, high-speed and endurance testing and hot-climate testing which is the most important development element.

In the deserts of the USA, temperatures occasionally exceed 50°C which creates a hostile environment for both humans and machines. Nevertheless, Bugatti benefits from this weather in the development process of creating a model that performs perfectly in all weather and traffic conditions.

There are eight hyper sport cars on the road from Molsheim accompanying the Centodieci- three Chiron Pur Sports and four Chiron Super Sports all going through similar tests.

The Bugatti fleet has been to high altitudes of up to 2,800 meters and temperatures as high as 45 degrees Celsius. The models have been tested on low-speed stop-start traffic, they have been left in the blazing sun with the air condition on full and also driven at 320km/h in a closed road environment.

The engineers checked the key systems like electronics, telemetrics, fueling process, radio frequencies and air conditioning at every stage to ensure the vehicles are performing perfectly. All the cars including the Centodieci have been fitted with 200 sensors for delivering data to the development team at Wolfberg and to the engineers on site.

The Centodieci is powered by an 8.0 litre W16 engine delivering 1,600hp at 7,000 rpm. It has also been equipped with an additional air intake mounted near the oil cooler for regulating the engine temperature.