GTspirit
Home Car News For Sale Bentley Mulsanne Grand Limousine by Mulliner for Sale – Only 5 Were... 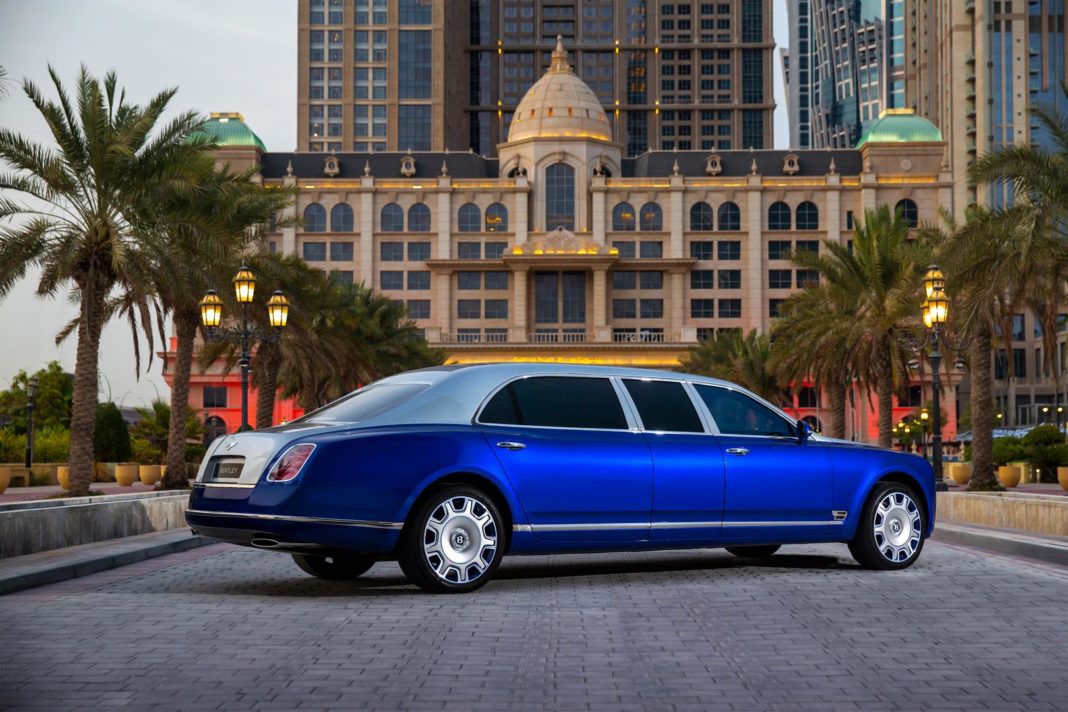 Bentley is offering customers an opportunity to purchase one their rarest models, the Mulsanne Grand Limousine by Mulliner.

The Mulsanne Grand Limousine by Muller was specifically built and designed for clients who were seeking luxury limousine transportation, only five units were produced worldwide and they are currently available for purchase. Furthermore, the vehicles have never been used or registered.

The vehicles were fully built and designed by hand in 2015 and shipped to the UAE. The models feature a 1000mm stretch to the body and the roof has been raised by 79mm to create more headroom and experience for the rear passengers.

The Mulsanne Grand Limousine by Muller was originally created as a private commission, the models represent Bentley’s extraordinary skills and its in-house bespoke division.

The five models include;

The cabin of the vehicle was designed with four passenger seats, the rear and front seats facing each other style was inspired by luxury private aviation. In addition, the interior features a bottle cooler with crystals between the front seats, a beverage cabinet with bespoke crystal tumblers between the rear seats, foldable picnic tables, charging stations and handmade dials for displaying time and exterior temperature.

The interior division between the front seats and the rear is equipped with an electrochromic ‘smart glass’ which enables the panel to be switched from transparent to opaque for privacy, this technology has been implemented in a Bentley for the first time and can be operated at the touch of a button.

The Mulsanne Grand Limousine by Muller is powered by a 6¾-litre twin turbo V8 engine which delivers an output of 505bhp and 1020 Nm of torque. The exterior features a set of stainless 21 inch wheels engraved with the words ‘Coachbuilt by Mulliner’.