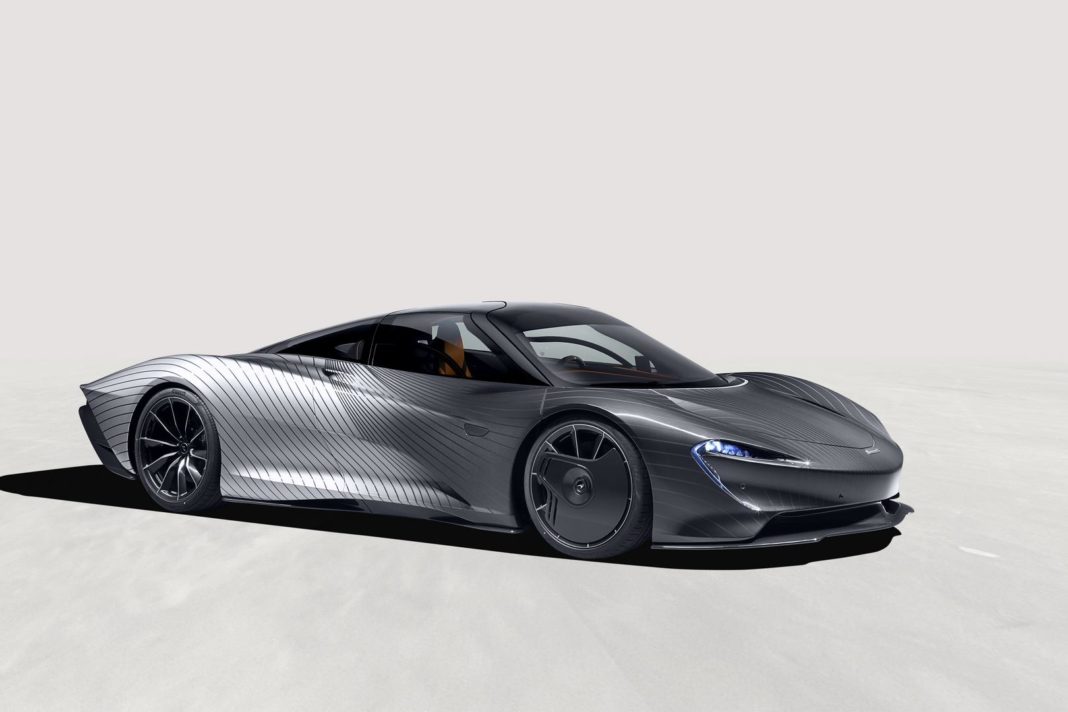 McLaren has revealed a one of a kind Speedtail commissioned by McLaren of Beverly Hills. This new Speedtail is one of the final units from the factory, altogether the Speedtail was strictly limited to 106 units and is seen as the spiritual successor to the McLaren F1 owing to its 3 seat configuration.

McLaren Beverly Hills chose some interesting colors for their unique Speedtail. Magnesium Silver is spread over to the back while Ueno Grey fills the rest of the body. The former color was used on the first McLaren F1 road car that made its debut at the 1992 Monaco Grand Prix while the latter was used on the Le Mans winning F1 GTR in 1995.

A “camo” exterior design was completed using body vinyl wrap, the entire MSO exterior took more than 12 weeks to complete. Look out for Albert at the Monterey Car Week 2021 in the next coming days.

The McLaren Speedtail is powered by a hybrid V8 powertrain producing 1070hp and capable of reaching a top speed of 250mph.