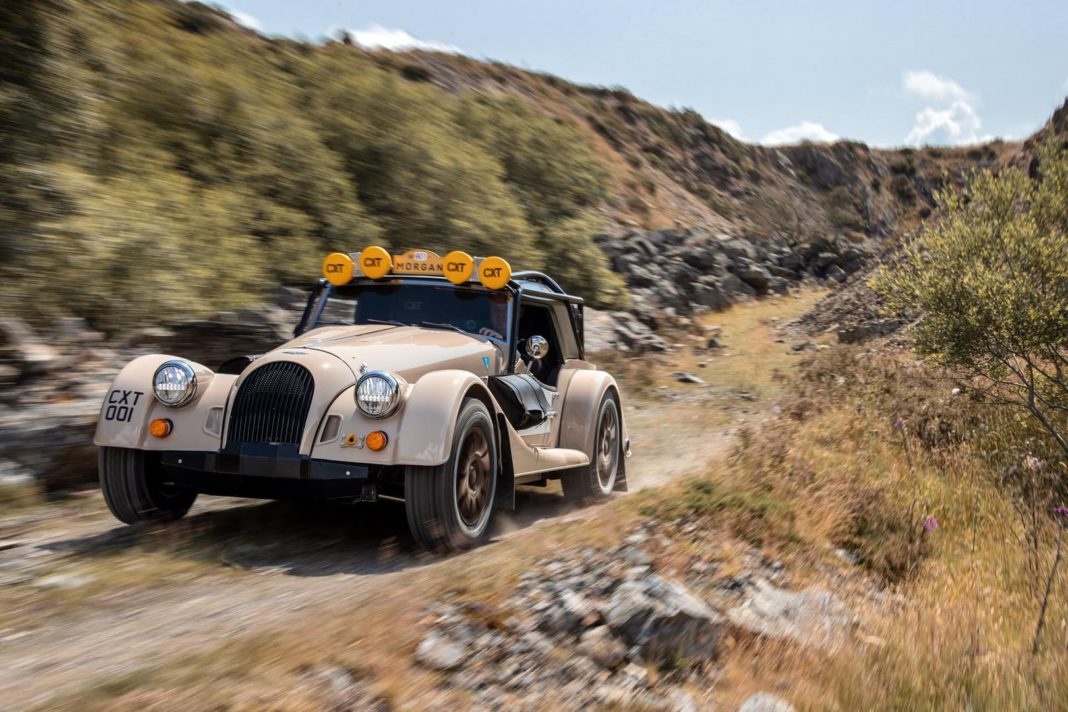 Morgan has officially unveiled the new Plus Four CX-T designed for off-road adventures. The new model was inspired by Morgan’s history of competing in all-terrain endurance trails and the adventurous journeys experienced by Morgan’s customers all over the world.

Morgan partnered with Rally Raid UK after the launch of the Plus Four in 2020 with the aim to jointly design and engineer the new model as well as demonstrate the capabilities and durability of the new CX-Generation Platform along with the CX-T based on the Plus Four.

The Plus Four CX-T will be limited to only eight units worldwide, the vehicle will be priced at £170,000 excluding local taxes and overland specifications and customers will be given the opportunity of working alongside the design team to customize their own CX-T.

In addition, the models will be built at Morgan’s factory in Malvern, Worcestershire before being shipped off to Rally Raid UK workshop for the final preparations and setup.

The exterior of the new model features a large luggage and equipment compartment and the rear panel has been replaced with an equipment rack with side body panels similar to the four seater Morgan.

The interior features a RAM mount rack built into the dashboard, flexible map light, pencil and notebook holder, cabin stowage with removable document holder and a first aid kit mounted to the internal roll cage behind the seats.

The suspension fitted on the new CX-T has been built to drive over obstacles clearance of 230mm through the use of modified Plus Six wishbones, the wheel arch apertures have also been modified to enable the suspension compress deep into the wheel well for maximum stability and traction. The EXE-TC coilovers with internal bump stop on the other hand have been developed for off road competitions and provide ideal balance as well as durability.

The CX-T has also been equipped with a five-piece underbody protection system consisting of an engine guard, rear chassis guard, mid-section shield and a rear undertray. The full bespoke exhaust system features rear side-exits to further enhance the departure angle and create space for the 230mm ground clearance.

The vehicle uses BMW X-Drive electronic differentials with bespoke software which has been designed and tested for this application, the vehicle also features three driving modes which can be switched depending on the driving conditions i.e road, all-terrain, and all-terrain Extreme.

The CX-T is the second special project produced by Morgan in 2021 after the Plus 8 GTR and is available for order. Performance figures were not included.