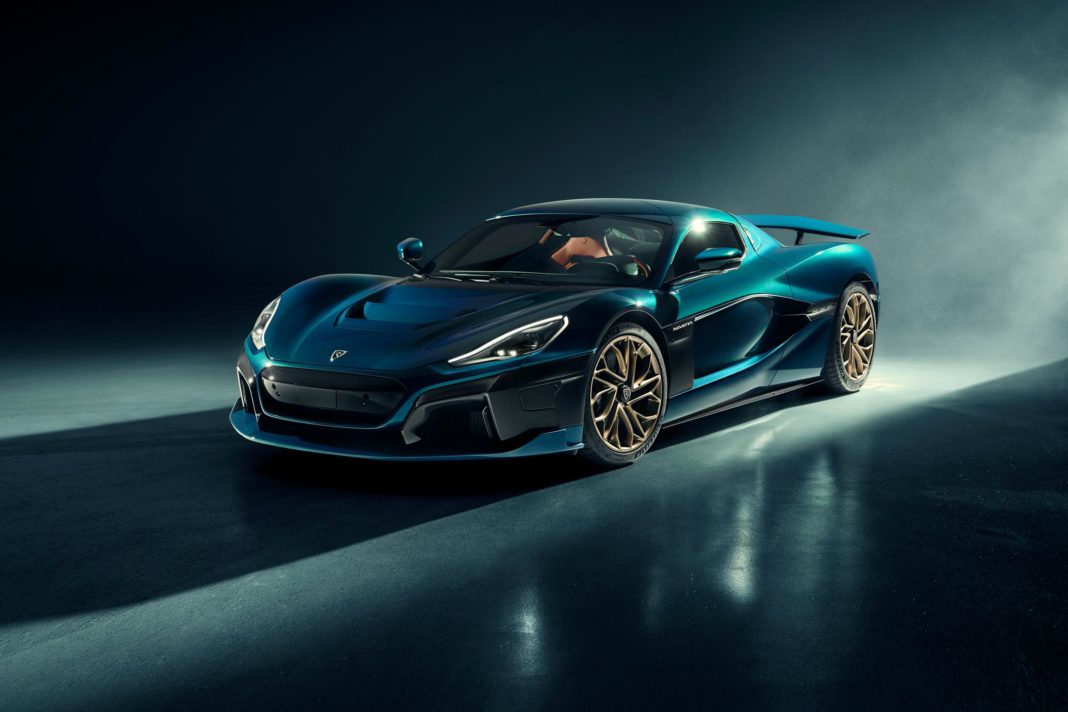 Rimac Automobili officially unveiled the new all-electric Nevera hypercar based on the Rimac C_two concept car which was released in 2018 at the Geneva Motor Show.

Nevera is a Croatian name of a mighty Mediterrenean storm that races across the open sea off Croatia, the name reflects the performance of the vehicle. In addition, the next generation Rimac hypercar shares the name and design of Nevera and it’s just as proficient at transforming its character from a grand tourer to a performance vehicle in an instant.

The bodywork of the all-electric vehicle features air diffusers and intakes that improve the aerodynamic efficiency by 34%. In addition, the bonnet, splitters and radiators, design of the diffuser and shape of the pillars have been examined and clarified to improve the airflow and downforce. The inlets and air intakes have improved and increased the cooling efficiency of the engine and the brakes by 30% at low speeds and 7% at high speeds.

Additionally, the front bonnet, underbody flap, rear diffuser and the rear spoiler enhance the performance, stability and efficiency of the vehicle and each can move independently thanks to the complex algorithms that provide optimum aerodynamic settings for every driving condition. Switching from ‘high downforce’ to ‘low drag’ mode reduces the drag by 17.5% to create a coefficient drag of 0.3 whereas switching back to ‘high downforce’ mode increases the downforce by 326%.

The interior of the vehicle features a cockpit divided into two zones, high-definition TFT screens and tactile billet aluminium rotary controls and switches.

The 6960 cell battery of the Nevera is H-shaped, liquid cooled and 120kWh was developed by Rimac, it is capable of producing 1.4MW of power. The battery forms an essential part of the car’s core and increases structural stiffness to the carbon fibre monocoque by 37%. The battery has been fitted at the central low part of the vehicle To contribute to the low centre of gravity as well as balance the weight distribution and stability of the vehicle.

The four bespoke surface-mounted permanent magnet motors enables the vehicle to produce a maximum output of 1914hp and 2360Nm of torque. The vehicle can accelerate from 0-100km/h in 4.3 seconds, 0-300km/h in 9.3 seconds and complete a quarter-mile distance in 8.6 seconds. The top speed is limited to 412km/h.

Furthermore, the front and rear wheels are each connected to a pair of single-speed gearboxes.