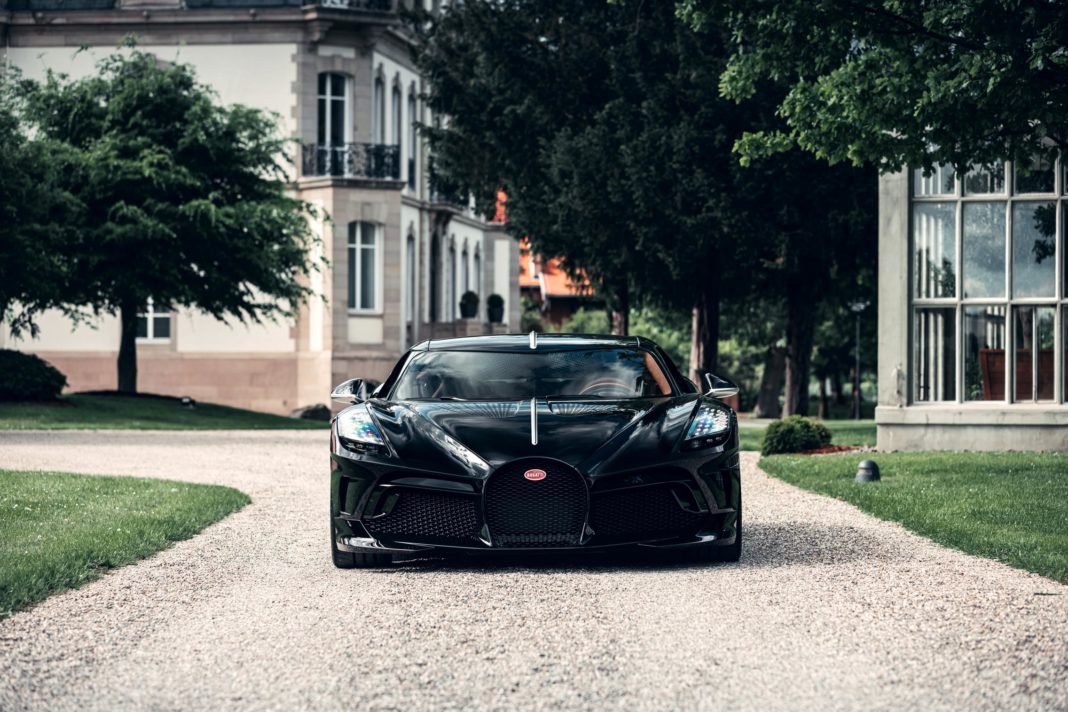 The 1 of 1 Bugatti La Voiture Noire has finally been delivered to its owner after 2 years of extensive development and testing.

La Voiture Noire meaning ‘the black car’ was named by Ettore Bugatti’s son Jean after the Type 57 SC Atlantic that disappeared shortly before World War 2. The vehicle is a minimalist coupe similar to the 57 SC Atlantic thanks to the reduced lines, reduced essentials as well as the lack of a large rear wing.

The engineers and designers of the La Voiture Noire have reimagined the historic vehicle and developed a specific shape and style including the dorsal seam down the centerline, an extended front section and the clear lines adorned on the rear. The body of the new model has been finished in visible carbon fibre with a ‘Black Carbon Glossy’ clear coat.

In addition, the finishing doesn’t generate any reflections virtually, the bumpers are gently integrated into the bodywork and the windscreen appears to merge with the side windows like a helmet visor. The attitude of the vehicle has been transformed from a hyper sports car to a grand tourer because the surface of the vehicle appears to have been cast in one piece thanks to the lack of disruptive lines.

The La Voiture Noire features extraordinary details including 25+ individually milled lights elements on each headlamp, each cell of the 3D-printed front grille has been examined to perfection, the rear light features a single-piece surround with no joints for the first time and the new parametric design at the front and rear enables the vehicle to appear sealed but they are actually air-permeable. The six individual tailpipes serve as a nod to the vehicle’s template.

The interior of the new model features grain leather in Havana Brown based on the historic model and aluminium inlays on the centre console, centre spine and the doors. The car also consists of several drive modes that can be changed through a sophisticated rosewood switch.

Bugatti engineers built the La Voiture Noire in just 2 years, each part of the vehicle had to go through extensive Bugatti tests and quality procedures before they were used. The tests took place in the wind tunnel, on test benches and on the track.

Additionally, the bodywork modifications, thermodynamics, cooling, wheels and wheelbases all require perfect coordination in order to ensure new balance. The extended wheelbase and the new bodywork result in new aerodynamics and handling worthy of a grand tourer.

The question remains, who is the mysterious buyer?