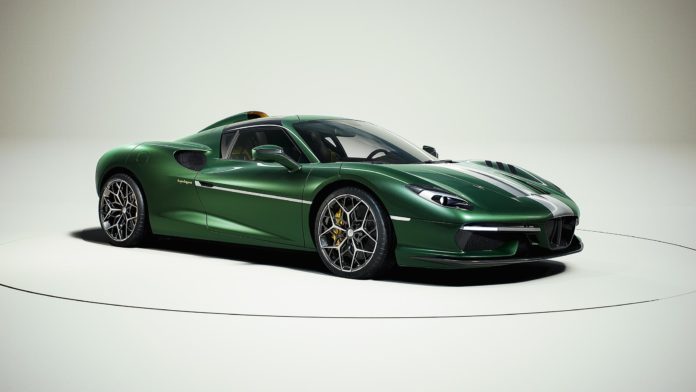 Carrozzeria Touring released their first mid-engined V8 supercar the ‘ Arese RH95’ to celebrate their 95th anniversary. The Arese RH95 is named after the Touring base in the Arese suburbs of Milan and the ‘RH’ represents initials of the first client.

The vehicle represents a technical milestone for the company as its first mid-engined V8 supercar, the new model also promises to be a sports car as well as a high-performance vehicle with luxurious specifications i.e Scissor doors and a spacious luggage compartment.

Carrozzeria Touring has not released the performance details of the new V8 but it is possible that the engine will have an output of approximately 670bhp at 8000rpm and 760 Nm of torque at a low 3000rpm. The vehicle is expected to achieve the acceleration from 0-100km/h in 3 seconds at a top speed of 340km/h. 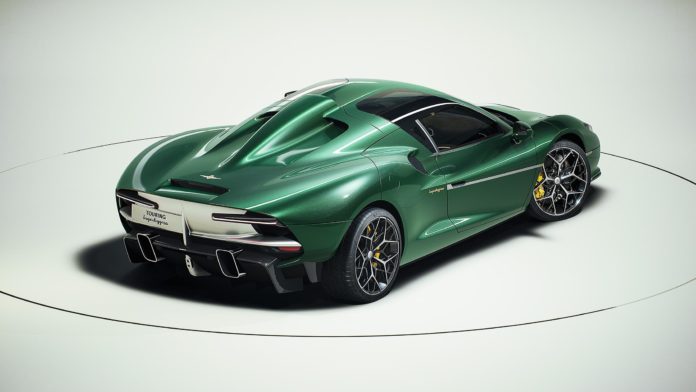 The Arese RH95 features an all-carbon bodywork in respect to the ‘Superlegerra’ moniker as well as optimised aerodynamics including 3-derived grille, front air ‘nostrils’ and a rear clamshell with a dorsal scoop that allows air to pass through into the engine and out through the rear vent. The shoulder scoops are for cooling the V8 engine.

The new mid-engined V8 will be limited to only 18 units each tailored as per the customer’s specifications. The pictured vehicle is finished in Verde Pino color complemented by a caramel and cocoa colored leather interior with Saffron colored seat facings. The second car will be finished in a red hue of Alfa 8C Competizione whereas the third vehicle will be completed in Gulf Oil colors of blue and orange.

In addition, the first RH95 model will be ready for delivery a month from now, further versions will take approximately 6 month to build and every part manufactured by Carrozzeria will be offered with a two-year warranty.