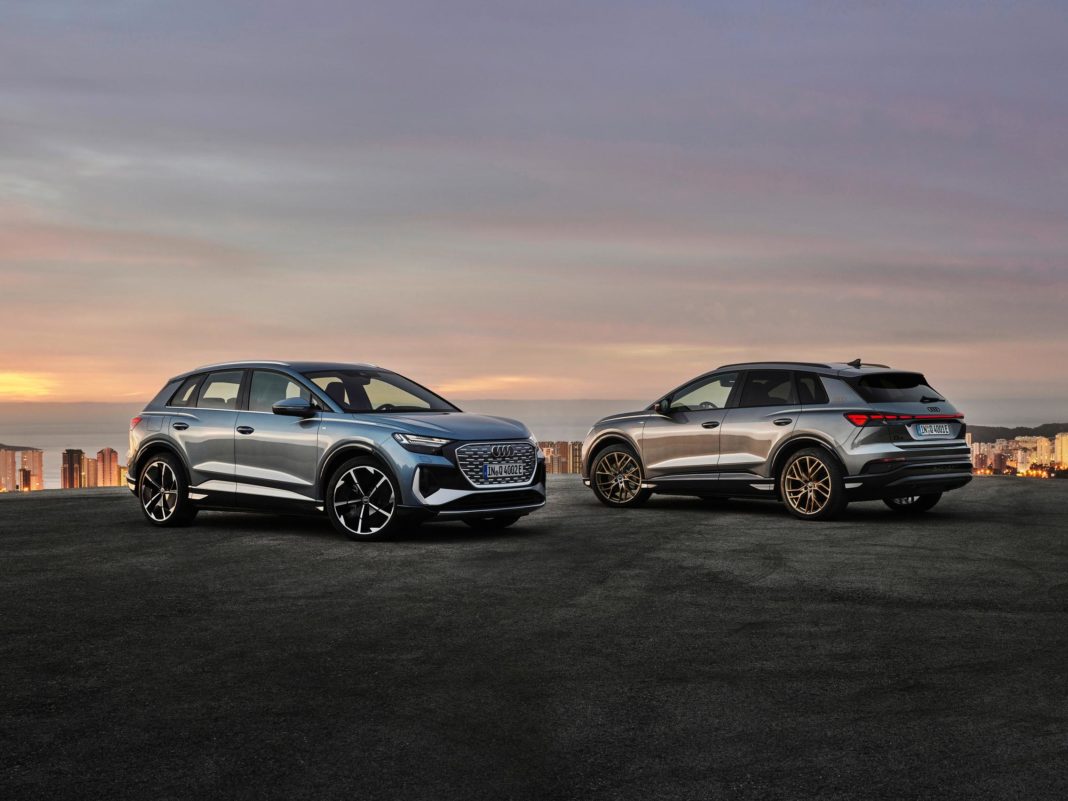 These are the new 2021 Audi Q4 e-tron and Q4 Sportback e-tron – the first compact electric SUVs from Audi. The two models feature a range of three drive versions with a maximum output of 220kW.

Both Audi Q4 e-tron and Audi Q4 Sportback e-tron share a zero local emission driving and high ranges and they can be charged in 10 minutes to a power sufficient enough to travel 130km. The two compact models consist of two battery variants and three drive variants and can be charged with different outputs using alternate current (AC) and direct current (DC) depending on the battery.

The compact battery can get up to 7.2kW with alternate current charging and up to 100kW when charged using high-power charging with direct current. The larger battery allows up to 11kW with alternate currents and 125kW with high-power charging as standard. An optional heat pump improves the efficiency for longer drives by using the waste heat from high-voltage modules and ambient air to control the climate in the interior.

There is an access to around 210,000 public charging points for Audi e-tron models in European countries, 4,400 of the charging stations are High-power, fast charging points. High-voltage batteries have been fitted between the axles of the Audi Q4 e-tron and Q4 Sportback e-tron for a balanced distribution of weight and to ensure low center of gravity.

A sport suspension that lowers the body by 15mm will be available for all Q4 e-tron versions upon request, eight colors and three trims i.e basic, advanced and S-line will also be available for both models.

The interior length of the models matches that of a full-size compact SUV with no center tunnel and features a large storage compartment, knee-room on the rear passenger seats, luggage compartment, advanced cockpit fitted towards the driver, inlays and accent surfaces for the instrument panel and a new steering wheel flattened at the top and bottom for the first time ( optional). Inlays with innovative technical fabric will be available on request.